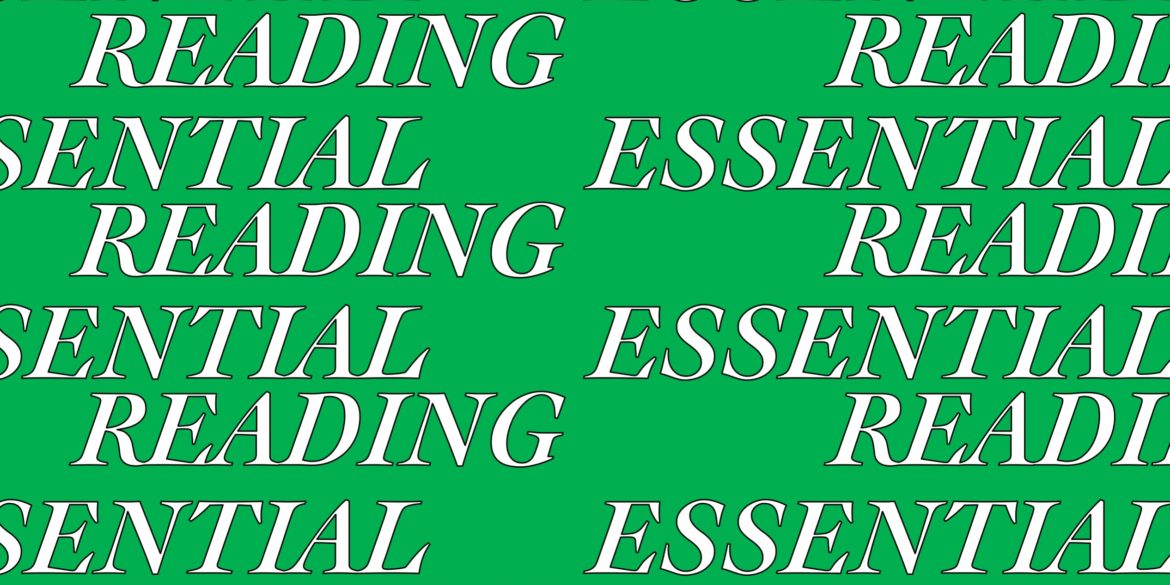 In this series we ask bibliophiles, prolific readers, and men and women of letters about their book consumption habits and their top picks for essential reading.

“I recently just finished On Earth We’re Briefly Gorgeous by Ocean Vuong. I know I’ll get a hangover after finishing a wonderful book when I’m already holding my breath the last few pages before a book ends, like something too good is about to be cut short. That’s exactly how it felt reading On Earth. I am thinking of diving into Sapiens by Yuval Noah Harari after, while reading Seth Godin’s This is Marketing on the side. (I’ve also to get back to Richard Holloway’s A Little History of Religion, as well.)

“I’m notorious for starting a lot of books and not finishing them immediately, so now I have a pile of half-finished books in my condo. Lately, it’s been easier for me to read non-fiction. This shift only happened a couple of years ago. I feel guilty about it, actually, since I love reading fiction—I feel, though, that you really need to invest your time and emotions when you’re reading short stories and novels. I guess I just don’t have the emotional bandwidth for a lot of it right now, especially given the stress of the pandemic lockdown. Reading books after the end of a long day helps me wind down. If I can, I’ll try to finish a chapter. It helps me sleep more soundly if I don’t have to worry that I went to bed with something undone.

“What’s amusing is that my parents aren’t big readers. I must’ve picked up my love for reading from my grandfather, who read books for pleasure and wrote about it in his journals. When I was younger, I remember that I would scan through our Lexicon encyclopedia set every morning during the summer.  I’d also often ask my mom to leave me at National Bookstore or Booksale whenever we’d go to the mall so I can read books for free—that’s how I discovered the Ladlad anthology by Danton Remoto and J. Neil Garcia, as well as the Twisted series by Jessica Zafra, who’s now a really good friend. If you went back in time and told my younger self that I’d be friends with her, I’d probably just laugh it off. They say you should never meet your heroes, but I think everyone should, because then you’d realize that everyone is just as flawed as you are, and that’s not such a bad thing—as long as you aren’t a genocidal dictator.

“[When deciding on a book to pick up or start] I look at the blurb, read a few pages, and decide from there. One tip I also got from my friend Gretchen is to read the last few pages—she says that if you feel things reading it, then it might be worth a shot. Aside from that, I listen to book recommendations from friends, but I frankly don’t like being told what to read. (I admit though that I get a lot of good leads from my book club.)

“[Writers who have had the most significance to me and my work include]  Gilda Cordero-Fernando, Lualhati Bautista, Jessica Zafra, Jamie O’Neill, Janet Fitch, JK Rowling (too bad that she’d become a TERF, but oh well), Christopher Hitchens, Robert Wright, Yuval Noah Harari.  (There’s also this guy who used to write essays for People’s Tonight years back, but I can’t remember his name right now.)”

Homo Deus by Yuval Noah Harari. “It’s a breathtaking work of non-fiction that goes through the past to give you a glimpse of what’s to come. I like how it opened my eyes to the disentanglement of intelligence from consciousness, and the rise of Dataism, a natural consequence of humanity’s attempt to record its own existence.”

Four Futures: Visions of the World After Capitalism by Peter Frase. “I’ve only started reading this book early during the community quarantine. It provides an interesting insight of where humanity is heading. Can we imagine a life post-capitalism? What kind of life will that be? We keep on talking about dismantling it—but this book tells us the options that lay next.”

Evolution of God by Richard Wright. “I like how it explains religion as a prescientific response to the natural world, during a time when people tried to explain their surroundings without the means to test their beliefs. It a more polite version of Christopher Hitchens’ God Is Not Great, which can be off-putting for many religious Filipinos.”

At Swim, Two Boys by Jamie O’ Neill. “This is a tragic love story of two young boys set during Ireland’s Easter Rebellion. I cried while reading this book (twice, since I re-read it.) I have a lot of favorite lines from the novel, but one that I’ve kept to heart until now after I first read it years ago is: ‘And if it is love, it is a curiously inefficient force, urge and halt, the both at the same time. I want, but nothing I can propose would satisfy this wanting.’ What a beautiful way to describe love, the maddening push and pull.”

The Collected Stories of Jessica Zafra. “I enjoyed Jessica’s essays in her Twisted series as a young gay boy, which eventually led me to reading her short stories. I relate with the angst, anger, irony, and humor in her fiction: I think everyone can empathize with the existential madness in her writing, as we all try to navigate a world that sometimes (but now more than ever) feels like doesn’t make a lot of sense.” — EVAN TAN as told to JED GREGORIO

Evan Tan is a writer, communications professional, startup founder, and LGBT+ and animal rights advocate. Besides being the co-founder of Taxumo, an online tax assistance platform for self-employed professionals and small business owners, and one of the founding members of the Philippine LGBT Chamber of Commerce, he blogs occasionally at his website, www.writerinmanila.com. He thinks okra is a weird vegetable, but pineapples on pizzas are okay.