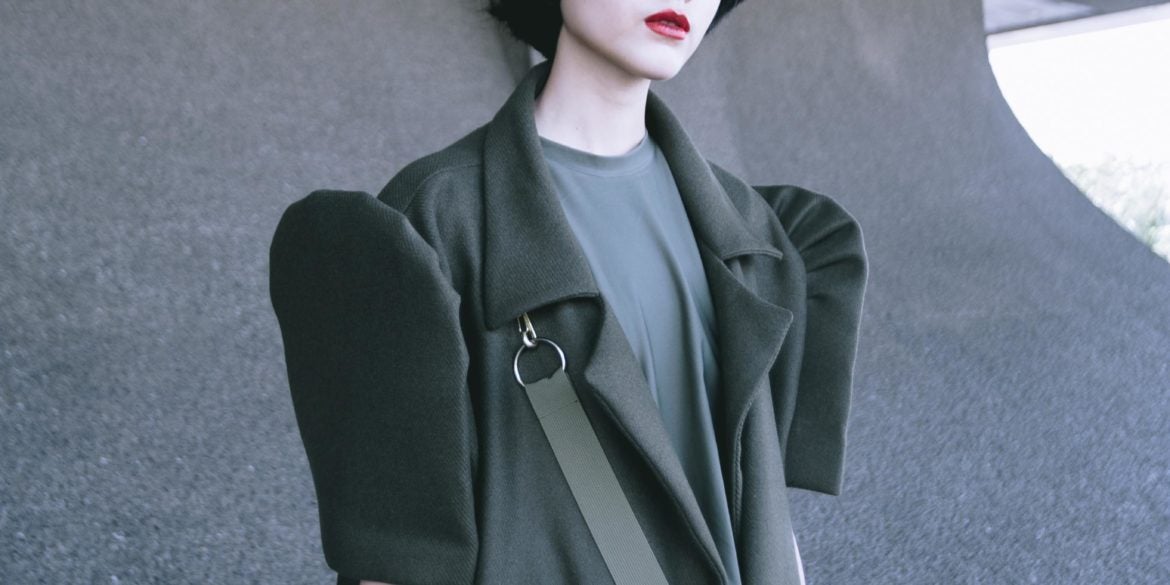 The terno that spoke to Gen Z

Even as she turns to carpentry as a stopgap, Hannah Adrias will resume fashion design

Hers was the terno design that got people talking. Slims alum Hannah Adrias’ piece in TernoCon 2020, the terno-making competition, workshop and fashion show organized by Bench and the Cultural Center of the Philippines, was a three-piece military-­inspired terno that was unexpected because it was such a fresh, radical take on the traditional dress; it spoke to the Gen Z.

She was named winner of TernoCon 2020 last January.

London-based Filipino designer Lesley Mobo was the designer who mentored Adrias during the 10-month workshop and competition. “We focused most on her strengths, which are her strong tailoring skills and her feminine aesthetics,” Mobo told Lifestyle.

He explained how impressed he was with Adrias’ tailoring skills, which he found rare among women designers. “Usually it’s a very manly thing.”

Mobo saw a lot of potential in Adrias, such that he picked her as one of the young designers to mentor. He said that he didn’t have to worry about her skills in patternmaking and construction, so he focused more on her design concept.

“The look I was aiming for in my TernoCon collection was casual and contemporary—women being able to wear men’s clothes, as well,” Adrias said. “What inspired me is the personality of the Filipina, which is strong and empowered.”

She did all the sewing and patternmaking, and the dressmaking and tailoring skills she learned at Slims. Materials were sourced from Divisoria and the mall.

After the competition, she was restless but proud of her triumph. Then the pandemic happened, and like most Filipino designers, she had to put plans on hold. Adrias tried learning a new skill, which is carpentry. Her tools became the hammer and paint brushes, instead of needle and thread, making chairs and tables.

“It was an unexpected fashion detox,” Adrias recalled, which she said put her mind at rest. “To be honest, every time I’m alone sewing, I get bouts of anxiety, so this time let me rest a bit.” But, she added, she is slowly going back to fashion and finishing projects.

She also learned to adapt to the needs of clients, shelving initial ideas—creating her own streetwear line—for what was in a pandemic. “Now I’m trying to produce masks in jute and sinamay fabric, but they’re still in the works.”

With a positive outlook, however, she is hoping for the best. “I think Philippine fashion still has a future,” she said. “I’m sticking to this industry no matter what, because this is what I love.”