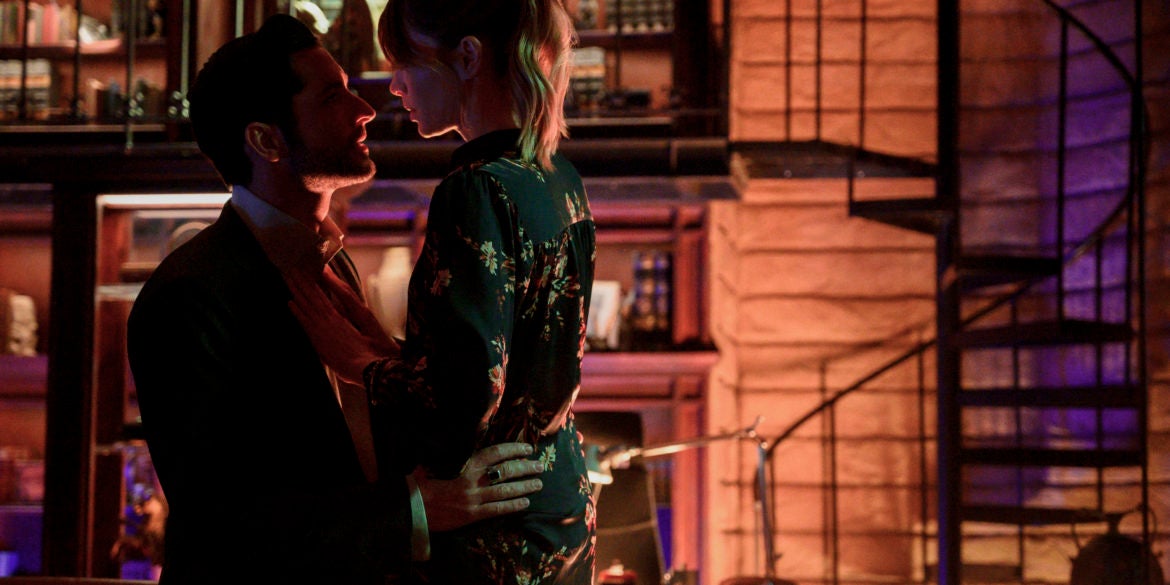 Speak of the Devil: What Tom Ellis truly desires

Two Tom Ellises, a noir, an upcoming musical and even a bit of Filipino language are what’s in store for Season 5 of “Lucifer.” Oh, and did we mention that Dad finally left the Silver City to visit Luci?

Ellis reprises the title role of Lucifer Morningstar and his twin brother Michael. In an exclusive email interview with Inquirer Super, Ellis describes how the concept of Michael was offered to him.

“I was approached by Joe (Henderson) and Ildy (Modrovich) before starting Season 5. They asked how I would feel about playing Lucifer’s twin brother, Michael,” he said. “At first, I was reluctant as I already have an incredibly busy schedule, but we were told it was going to be the final season, so I decided to throw caution to the wind, and I accepted.”

In the comics, Lucifer has a scar on the face that starts on the forehead above his left eye and ends on the right cheek. An irony that only those who have seen the first part of the 16-episode season on Netflix will understand.

Michael pretended to be Lucifer 2.0 in some episodes. He almost got away with it especially since he had no distinct physical difference from his brother. It was up to Ellis to help the audience tell the two apart in the show.

“With the limited time we have on set we weren’t in a position to make any drastic changes to differentiate between Michael and Lucifer,” he said. “I knew I wanted them to be opposites of each other, so I had to think about voice, physicality and intention. Generally speaking, Lucifer is open, and Michael is closed. That was my jumping-off point.”

Lucifer is originally a character in Neil Gaiman’s “The Sandman.” He became the protagonist in the spin-off published by DC Comics’ Vertigo imprint.

In the comics, Michael Demiurgos is a powerful archangel who can create a new universe. However, he has no control over his creations. His twin brother, on the other hand, can bend their will. The twins are equals in every way surpassed only by their Father, God.

But the show’s Michael is nothing like in the comics.

“We decided to go a different way with our version of Michael. We wanted Michael to have a power that directly contrasted Lucifer, so we gave him the power to draw out fear,” showrunner Joe Henderson told Inquirer Super. “Lucifer is all about desires and truths. Michael is all about fears and lies. That grounded him in the language of our show. (It) also gave us very emotional concepts to explore with Michael. Because angels self-actualize their powers. So what does that say about Michael?”

That he’s the real Father of Lies, the Deceiver and not Lucifer? Irreverent? Blasphemous? Ridiculous? Yes, it’s all that. But they are also the same reasons that the show has gained its cult following.

“Lucifer” has been among the Top 10 Most Watched shows on Netflix since it premiered on Aug. 21.

Its notoriety for not taking itself too seriously is what makes fans keep coming back. Showrunner Ildy Modrovich jokingly said that it’s a good defense to make fun of themselves before anyone else can.

“But honestly, we’ve known from the very beginning that the devil solving crimes is a pretty laughable premise, so why not lean into it? I think being self-aware and not taking ourselves too seriously, allows us a lot of freedom,” she said.

Modrovich added that, “when we are serious or more reverent, it’s perhaps a little more disarming and even more effective in a way. I think making people laugh first before you make them cry makes the tears fall even harder because you love the characters more.”

Pinoys were abuzz with excitement when they heard Filipino words spoken by florists on Episode 7. Modrovich said that how it came to be was straightforward. The actor Glenn Fernandez who played Danilo was the best among those who auditioned for the part. He spoke Tagalog.

“He spoke Tagalog, so we decided to take advantage of his bilingualism,” she said. 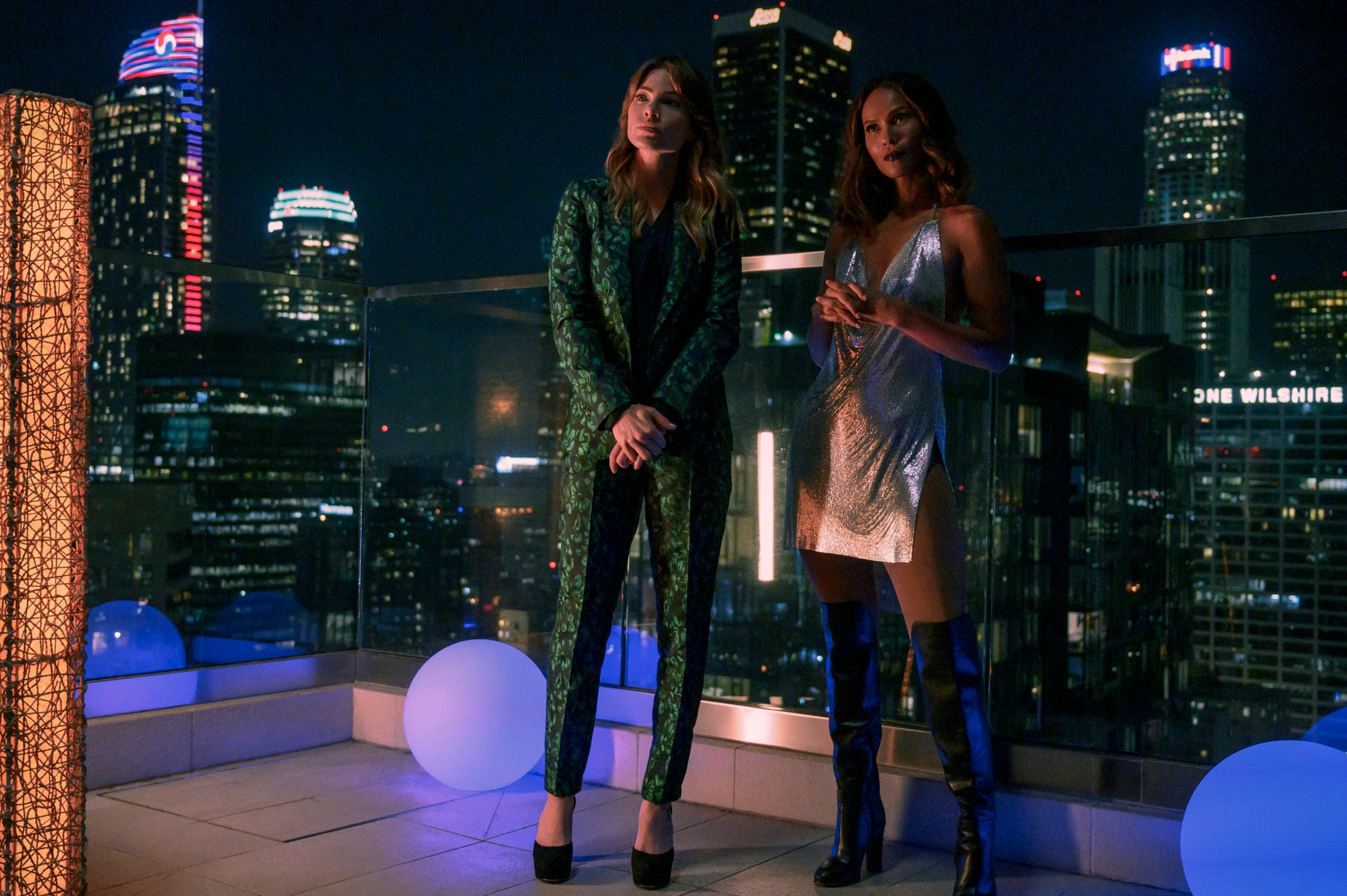 Sometimes, the show departs from the usual storytelling and comes out with fun episodes that fans fall in love with. In the noir episode, we see the Devil prance around looking dapper in his 1940s suit.

One might think that a throwback to that particular era would be the most exciting to shoot this season. For Ellis, it is not.

“Without a shadow of a doubt, it was our musical episode. Lucifer has rekindled my love of singing so the opportunity to do an episode full of music and dancing felt like I had won a competition,” he said. “Not only is the episode full of great numbers it also has some really powerful scenes between Lucifer and his dad. I cannot wait for our fans to see it.”

Fans have been clamoring for a musical episode the way “Buffy the Vampire Slayer” did in 2001 for a very long time. They’re finally doing it this season, but they’ll only get to watch it when the second part starts streaming.

We know that “Lucifer” can deliver the musical goods. We’ve heard Ellis belt out a song or two in the past. Lesley-Ann Brandt, who plays Mazikeen, has a surprisingly sultry voice. A fact that we now know after seeing the noir episode.

But fans will finally have a full hour where they can watch characters sing and dance the way they’ve always wanted to see. They just have to wait for a few more months. Modrovich wrote the episode and she says that with all her biases, it is her favorite this season.

“There is a musical episode. I was lucky enough to write it, so that’s my fave. It was a huge bucket list moment for me. I was truly pinching myself on a daily basis. I think we got to film one musical number every day that we filmed the episode,” she said.

She described the whole shoot to be like Christmas. Modrovich said that it was fun to watch everyone singing and dancing. But what she also liked about it was “the emotion that came from it. I think singing about something painful or difficult can surpass words alone.” 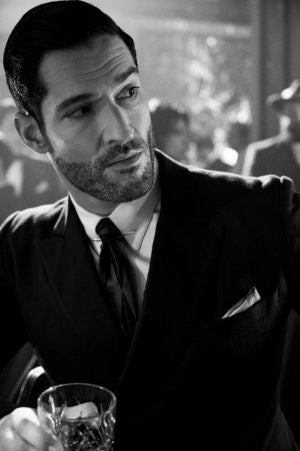 Good Ol’ Dad finally made an appearance. This is a major turning point on the show given that Lucifer has some very serious Daddy issues. Portraying the Almighty is Dennis Haysbert from “24.”

“Dennis Haysbert was one of the first people we talked about for the role, but we weren’t sure if we could get him. Then D.B. Woodside, who worked with Dennis on ‘24,’ also suggested him.” Henderson said. “He mentioned he could put in a good word with him. It was one of those wonderful stars-aligning moments.”

Woodside plays Lucifer’s older brother, Amenadiel, in the show. Henderson described Haysbert as good, kind and “an incredible presence on set.” The showrunner is tight-lipped on the direction of God’s role this season.

“Lucifer’s relationship with his father has always been the driving dynamic of the show. Now, finally, he’s on earth. There will be a lot of emotional fireworks from that, trust us,” Henderson said.

This season, an episode was even playfully called “BlueBallz.” It perfectly describes the feelings of fans who want them to get it on.

Ellis talked about this and his relationship with his onscreen partner, Lauren German.

“It has been incredible to witness how intensely the fans feel about the relationship between Chloe and Lucifer. But the truth is, I think the “will they/won’t they” dynamic of Deckerstar has provided the tension needed to keep our show going this long,” he said. “If it were easy, we wouldn’t have a show!”

Ellis continued, “working with Lauren has been one of the many blessings ‘Lucifer’ has brought into my life.” He described her as one of the funniest people he has ever had the chance to meet.

“We have spent a ridiculous amount of time together on set over the past five years and she still makes me belly laugh on a daily basis. We both take our work seriously but don’t take ourselves too seriously and that humor has been at the heart of our friendship,” he said.

Inquirer Super turned the table on Ellis to ask him what it is that he truly desires.

“With the world in its current state, I desire change. I desire Leaders who unite and are not divisive. I desire kindness to dictate people, not fear and greed,” he said. 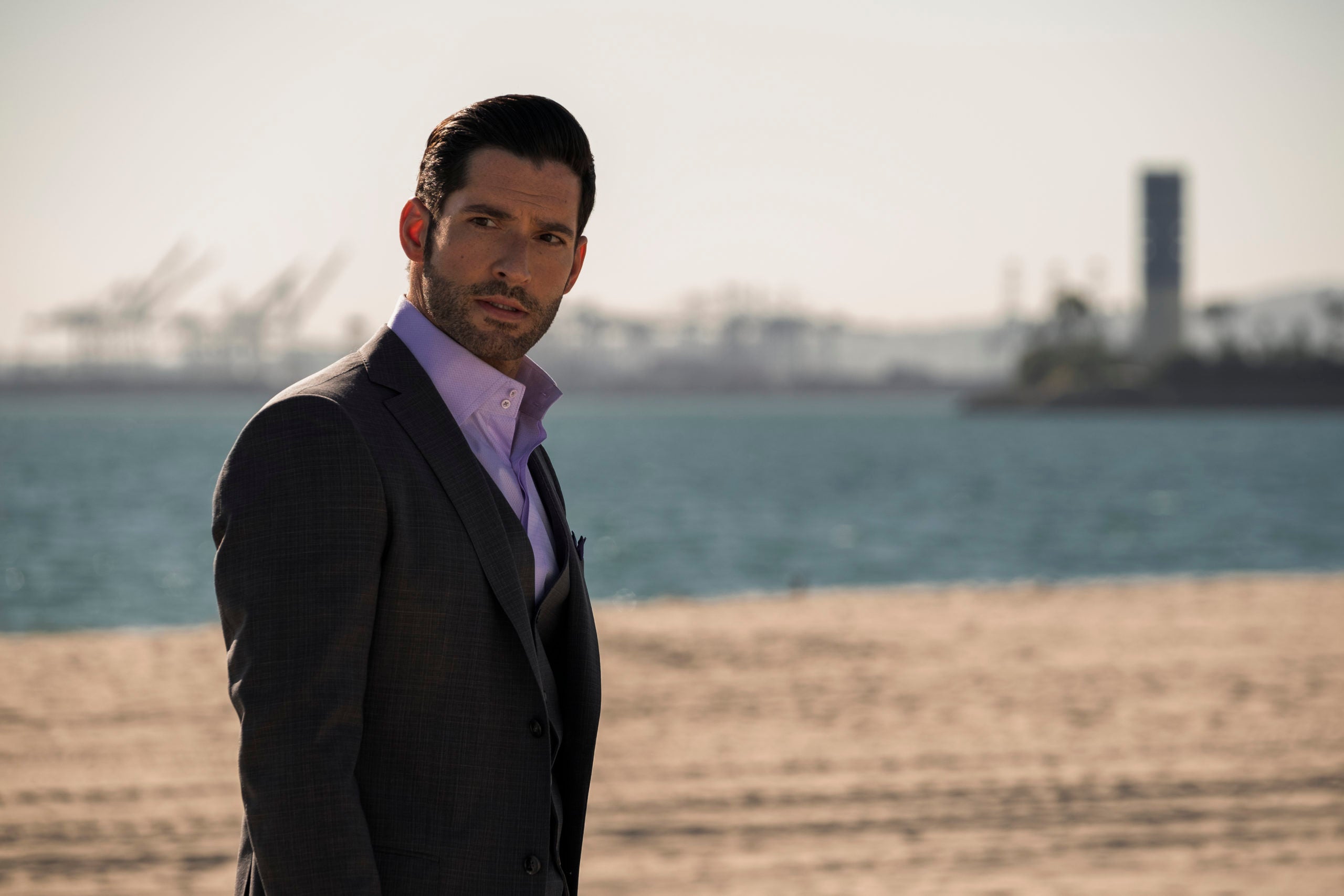 Visit inquirersuper.com.ph for more stories on “Lucifer.” “Lucifer” is now streaming on Netflix.