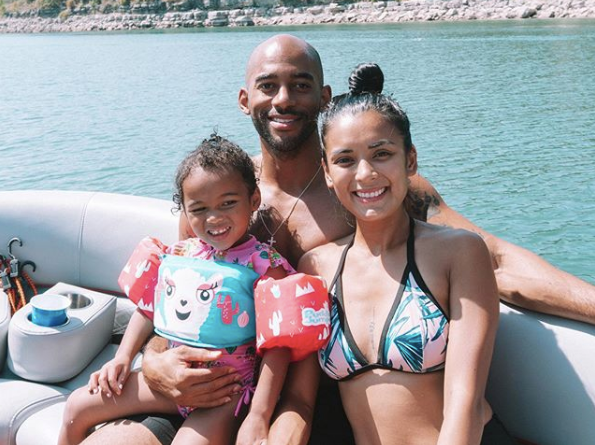 Michelle Madrigal is extra careful in disciplining her daughter Anika as she observes that the child has been trying to imitate her actions when she’s mad.

Married to African-American Troy Woolfolk, Madrigal expressed her fears about Anika manifesting some behavior she doesn’t approve of, as per her Instagram post on Sept. 22 with a photo of herself together with her husband and daughter.

Citing her daughter as her biggest inspiration, Madrigal stated that Anika is the reason why she wants to achieve her goals, both in her personal life and career.

“I am her role model and this is why I’m learning how to navigate and teach her the values I want that I didn’t get growing up,” she said. “There’s obviously bumps along the way but motherhood will never be perfect.”

Madrigal tries to control herself from being so frustrated when disciplining Anika. She narrated how she herself grew up in a typical Filipino home where hitting is the way to go. She tried to adapt to that kind of disciplinarian ways but she was surprised to see that it has affected her daughter in “the way she defends herself in certain situations.”

“I see her imitate my actions when I am angry and it has given me the perspective to fully take control of what I do and say around her,” she said. “I want to be a better person for her.”

Even with her daughter’s behavior, Madrigal still feels positive.

“As this journey unfolds, I am seeing myself evolve into this person I have always dreamed,” Madrigal added. “An empowered leader, an exceptional mother, a loving wife, a motivator, a loyal friend, a goal getter and a genuine coach.” JB

Michelle Madrigal six months after removing breast implants: ‘I feel more like myself’