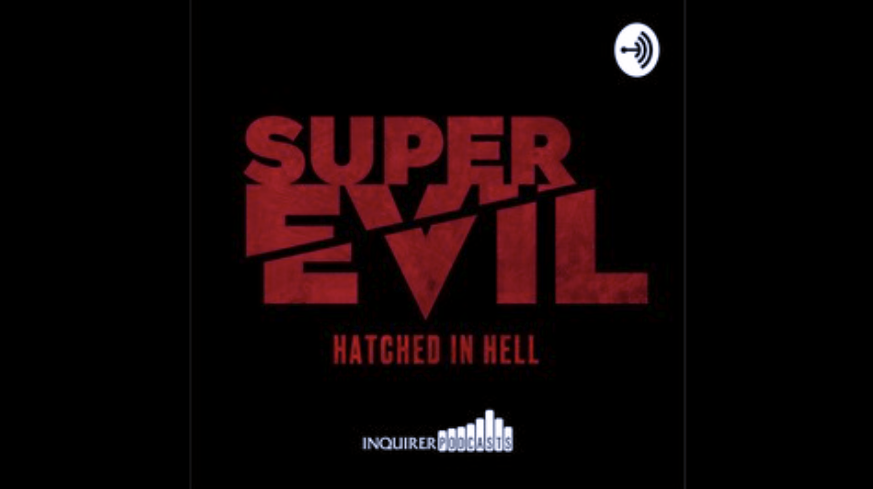 You can now listen to the first episode of Inquirer Podcasts and PumaPodcast’s “Super Evil,” the country’s first serialized true crime podcast.

The first season, “Hatched in Hell,” recounts the 1993 killing of students Eileen Sarmenta and Allan Gomez in Laguna, one of the most heinous and intensely publicized crimes in that decade that led to the conviction of then Calauan Mayor Antonio Sanchez and his aides.

The seven-episode series took about a year of research, interviews and production work, both in Metro Manila and Laguna. Ranking government officials, investigators, Inquirer reporters, women’s rights activists and good governance advocates all lend their voices to this podcast.

“I’ve been obsessed with true crime since I was a kid,” says Pastor. “I was reading true crime books at maybe 9 or 10, long before I should have been allowed to. I’ve watched all the episodes of Forensics Files, Dateline, 48 Hours. Name a true crime documentary and I’ve probably seen it. I’ve consumed thousands and thousands of hours of true crime podcasts. I honestly would’ve tried becoming a forensic pathologist if only I’d been smart and masipag enough to go to med school.”

Pastor had been planning the podcast around another story when the controversy over the good conduct time allowance (GCTA) law happened last year and raised the possibility of Sanchez being released from New Bilibid Prison despite his multiple life sentences for the Sarmenta-Gomez murders.

“I realized that there’s an entire generation of people who had not heard of the case before and so we switched gears,” Pastor says. She got to work. And there was so much to be done.

“From spending hours and hours at the Inquirer library, going through years’ worth of Inquirer issues until my hands turned black from the ink, and then interviewing key players from the case to actually writing the scripts and recording the episodes… And that’s just my little piece of the pie,” Pastor recalls. “I have renewed appreciation for all the in-depth, investigative true crime podcasts I’ve listened to in the past.”

The crime generated almost 30 years worth of media reportage due to the multiple perpetrators involved in its execution and attempted coverup and the sustained focus it required from the government agencies that later worked to unravel the case.

“I had initial ideas of how I wanted the podcast to be, but now I know that you can’t go into something like this too attached to your plans because the story takes a life of its own and goes where it needs to go in order to be told,” Pastor says. “One thing remained constant though: I wanted to honor Eileen Sarmenta and Allan Gomez.”

It was important to everyone on the production team to handle the story with sensitivity, respect and care for the victims and their memory.

“It’s so unfair that their names will forever be linked to this despicable crime and to Antonio Sanchez and his henchmen. I wanted to be able to paint a picture of who they were,” Pastor adds. “They were more than just victims. They were a son, a daughter, they were deeply loved and they had dreams and plans for the future that were cut short by these horrible men.”

True crime isn’t just about hearing the grisly details. It’s an opportunity to reflect on the society in which these crimes take place.

“I hope that while listening, people get the chance to think about the country that we live in and continue to love despite its terrible flaws. I’m hoping they’d ask the questions we too were asking as we worked on the podcast,” she adds. “What is it about the Philippines that breeds impunity? Why do we keep electing this type of leader? What can we do to make this country a better place? Is there still hope for the Philippines?”