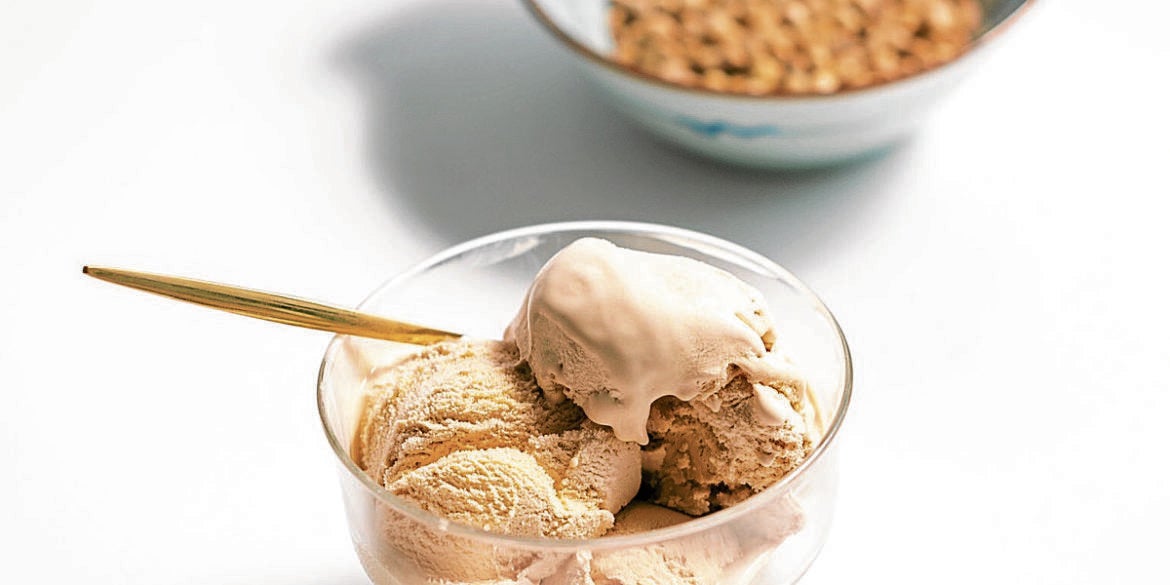 When it comes to ice cream, there are two things I look for—flavor and mouthfeel. If the tub is labeled vanilla, then I want the sweet, caramel flavor to come through. And it should have a smooth, dense body, like eating a slightly thick sauce.

Those two characteristics make a good ice cream, for me at least, and I’m so happy to find both in the new brand called Kurīmu. The name is a catchy derivation from the Japanese word for ice cream, Aisukurīmu.

Created by husband-and-wife team Bryan and Maxine Kong, Kurīmu is the latest from Bryan, who started in the food business a decade ago when he opened Crazy Katsu in Teacher’s Village, Quezon City.

When drummer Bryan and the indie rock band Taken by Cars recorded their first album, he met audio engineer Shinji Tanaka, who owns the recording studio and has experience as a ramen cook in Tokyo. Bryan got to sample Tanaka’s home-cooked food, which then led to a restaurant that now has four branches and a spin-off brand called Crazy Ramen, which they opened in Marikina last year.

In line with the Japanese principle of doing simple things really well, the Kongs decided to make ice cream, since it’s Maxine’s favorite and Bryan was looking for a creative culinary outlet. They came up with a top-of-the-line product that’s worth sharing with other frozen treat lovers.

“While developing our brand and recipe, we made sure to center everything around minimalism, attention to detail, and focus. We wanted to veer away from the chunky mix-ins and really focus on the quality and mouthfeel of our ice cream,” Maxine says.

“Those who have tried our ice cream have noted its creaminess, silkiness and how each pint is true to its authentic Japanese flavor,” she adds. “I guess another thing to note is how we decided to experiment with distinct flavors like shoyu caramel to fit well within the context of ice cream.”

The couple says it took them months of research to produce an ice cream base they were pretty happy with. Developing their maiden flavors only took weeks. “The challenge for us was really achieving the mouthfeel that we desired. We had to try a lot of methods and processes to arrive at what we have now, but we will never stop finding ways to improve,” says Maxine.

The Kongs don’t rely on a premade nori goma or black sesame paste. They roast their own seeds until it reaches an intense degree of nuttiness and potency. For the matcha variant, they use premium grade and authentic uji matcha.

The shoyu caramel is the most laborious of the lot, because the timing and temperature in cooking caramel with soy sauce is crucial in achieving a deep, complex taste. More flavors are planned.

Kurīmu, which is barely a month old, only sells limited pints from the couple’s house in Mandaluyong daily. INQViber 0917-8710915;