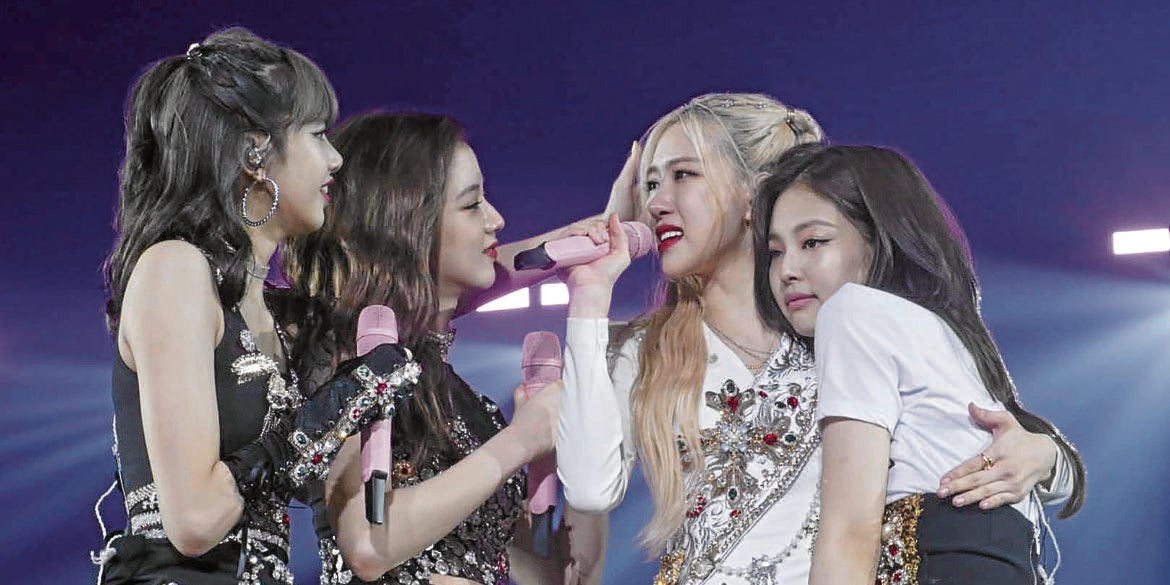 Netflix’s Blackpink documentary shows what it’s like to live as one of the most globally successful K-pop acts of our time. —NETFLIX PHOTOS

Jisoo, Jennie, Rosé and Lisa allowed the curious and their fans to get a glimpse of their lives in the documentary “Blackpink: Light up the Sky.”

The girl group quickly rose to fame since their debut in 2016. But it doesn’t mean that the success came overnight. This is one of the things that the Netflix documentary shows. Their story as trainees and before they became the global success that they are now.

The K-pop industry is a well-oiled machine. Everything is planned by their agency from the hairstyle to the concept of their next single. So one of the first questions that we asked director Caroline Suh during Super K’s Zoom interview with her last week was if YG Entertainment, Blackpink’s agency, gave her restrictions on what to ask and what not to.

“You know, [they] really didn’t. I think that’s surprising to a lot of people, but once they agreed for us to make the film, they really stepped back and we only really worked with the girls to decide what we were going to film,” Suh said. “And the company deferred to them on what they wanted to include and what they wanted to show.”

In Netflix’s interview, Suh said that Jennie was very vocal about wanting to make sure the shots were real. The director said that she was impressed by this.

“At first it was a little bit awkward. We were not familiar with having cameras all around us 24/7. But I think we got comfortable and later on, we forget that there was a camera filming us and we will start getting more playful,” Jisoo said at the virtual press conference held on Tuesday. Super K wrote more stories about the documentary which you can find at the Inquirer Super website (inquirersuper.com.ph).

Suh also shared her impression when she first met the women.

“They were very warm and open and sweet. And then as I got to know them. I realized that there’s kind of a steeliness inside them. That they are actually very strong. And the reason why they made it to where they are is that they’re very determined and strong-willed,” Suh said.

She found that the Blackpink members are sweet and pretty. But underneath all of that are powerful personalities. Suh and her crew spent a good amount of time with the group. The director saw them perform live in Prudential Center New Jersey in May last year.

Suh said that it was the first time she experienced how devoted and enthusiastic Blinks (Blackpink’s fandom) are. It also gave her a taste of how broad the audience of the girls were.

“I was just blown away by the crowd, how diverse it was and how huge it was and how they could really fill up an arena and perform. I think Jenny said that they have a lot more to show people because they did train for a long time so they do have a lot more,” Suh said. She also admired the stamina of the girls.

They took two trips to Korea. The first was during the fall of last year and in February this year before coronavirus grounded all travel activities. 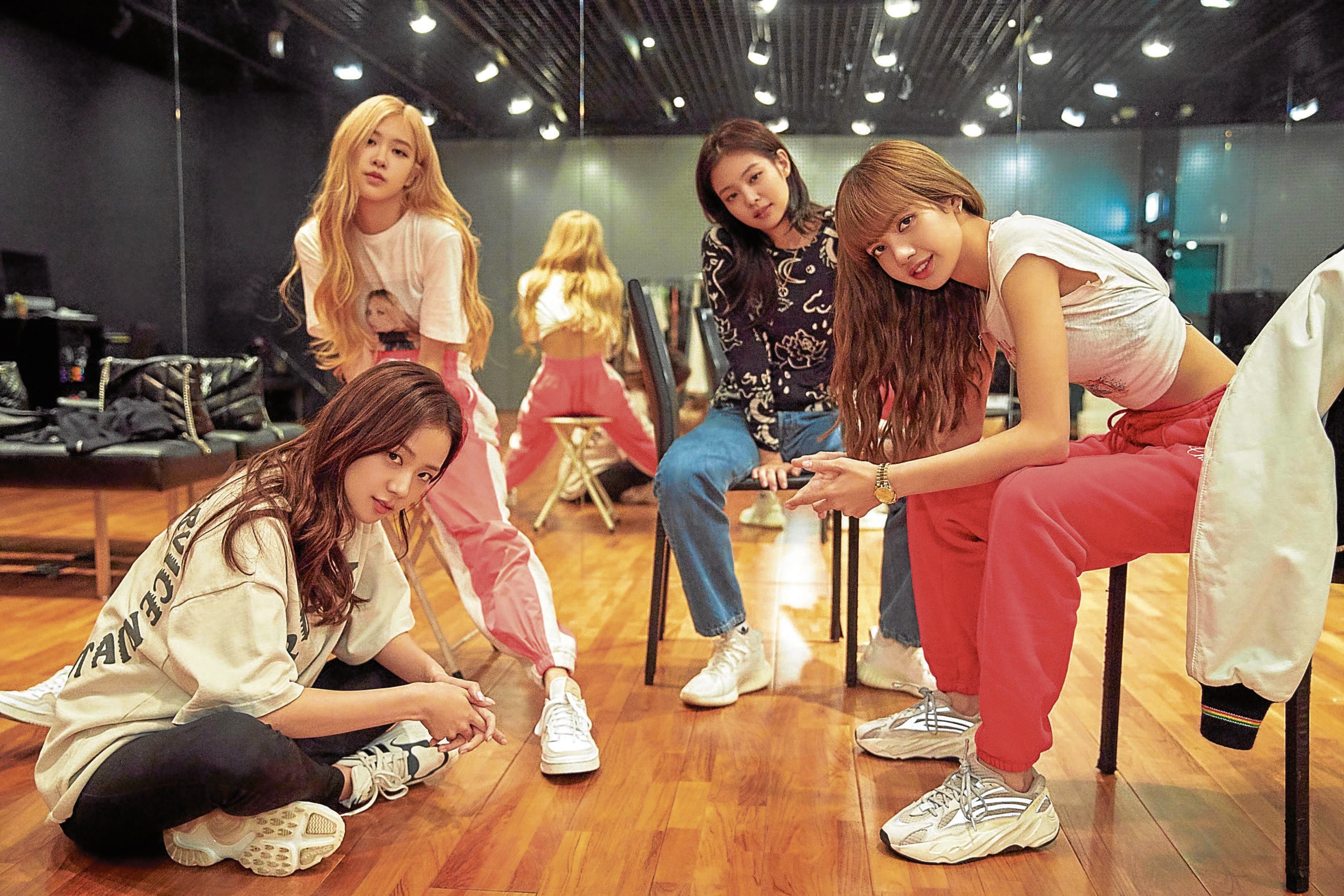 “So we were able to film them in the recording studio and hangin’ out and doin’ what they like to do in their downtime,” she said.

She said that the Netflix deal to make the documentary was already made before they asked her to be part of it. Suh said that Netflix chose the group because they are a huge phenomenon and they’re females, which makes it interesting.

What she focused on from the start is how they became Blackpink. What their individual stories were and how they got there. What made her even more curious was when she found out that they all grew up in different parts of the world.

Suh added that they worked on filming and representing all four equally in the show. Super K asked if Blackpink’s trainee days were something she was curious about.

“I was really curious about the training because I heard it was like Harry Potter, like Hogwarts, but for K-pop. I mean it was interesting how young they were when they went there and how intense all the training was,” she said.

In the Netflix interview, Suh said that Blackpink producer Teddy Park didn’t want to be in the film and only agreed to do an audio interview at first. But as the filming went on, he agreed to do a camera interview. This explains why Teddy wore a white mask, hoodie and a cap at the beginning of the documentary.

In the latter half, Park was more relaxed. The lighting was also changed from mysterious low light to ambient light.

“Teddy is truly an artist. I was a little intimidated at first because he has kind of an air of mystery around him, everyone kind of reveres him. When I got to know him, he’s very sweet and very kind and has been extremely generous and helpful,” Suh told Super K.

She continues, “The girls talk about him as like their big brother. They go to him for personal problems and he gives them advice. He’s very very supportive and I think protective of them.”

She also added that it was really interesting to be in the studio with them and to see the four of them with Teddy working on the song.

“To see that process [and how] it worked. All of them are really, really involved. It’s not like someone writes a song and hands it to them and they just perform it. They all kind of create the music together,” she said.

Because we couldn’t help ourselves, we did ask how she found the YG Entertainment building and its cafeteria. This is, after all, also the home of K-pop heavyweights such as Big Bang, 2NE1, Winner and iKON.

“It seems very college-like. It’s very much like a university or something, with lots of young people. We did eat in the cafeteria but with food that we brought. So I don’t know what they were eating. And we saw the practice rooms and we saw the new trainees,” she said.

On whether she’d be willing to do another K-pop documentary, the “Salt, Fat, Acid, Heat” director said that if the opportunity arises again, she’d be up for it.