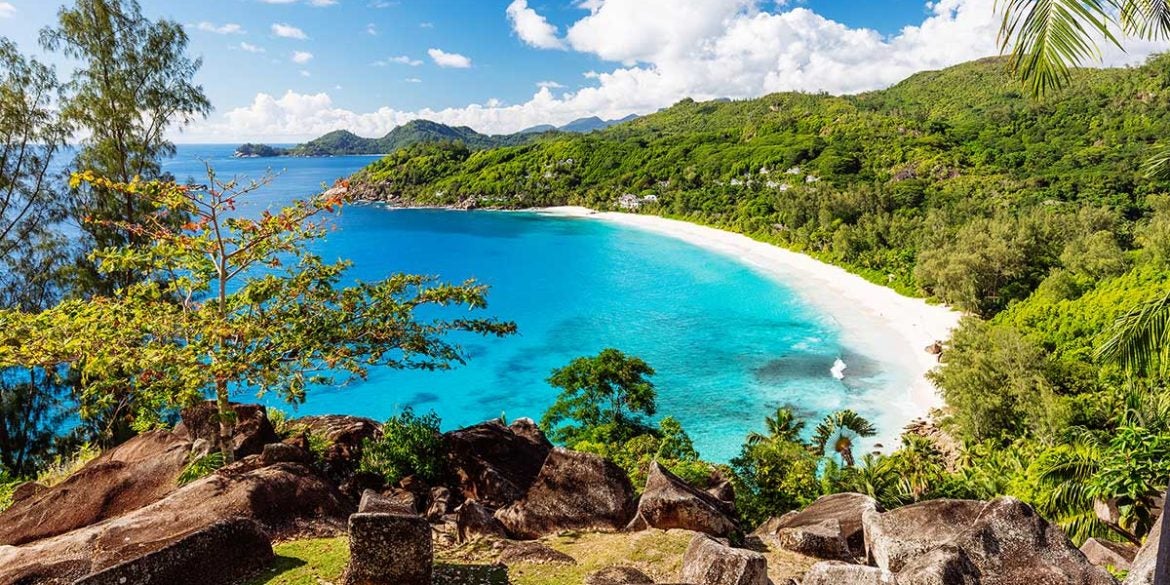 The Indian Ocean archipelago of the Seychelles boasts one of the highest standards of living in Africa, thanks to the tourists who flock to its idyllic beaches and the tuna industry, both threatened by climate change.

The 115 mostly uninhabited islands and islets that make up the Seychelles, represent a total of 453 square kilometers (280 square miles), barely the size of the principality of Andora.

The islands and their waters are a paradise of biodiversity, home to a rich variety of fauna and flora — and are an important nesting site for birds and turtles.

At the heart of the Indian Ocean, the archipelago occupies a strategic position between Madagascar, the African continent, and India.

According to official statistics, 99 percent of its some 98,000 inhabitants live on three islands: Mahe, Praslin, and La Digue.

Mahe, where the capital of Victoria is situated, is home to 87 percent of the population.

Probably visited by Arab and Persian sailors before their official “discovery” by the Portuguese in the 16th century, the islands were in the 17th century occupied by the French, and then in the 19th century by the British under their rule in nearby Mauritius.

The Seychelles became a colony in its own right in 1903, and achieved independence in 1976 under the presidency of James Mancham.

In 1977 a coup brought to power then prime minister France-Albert Rene, who as president put in place a socialist system under a single-party state and survived multiple coup attempts.

The most famous of these was the 1981 coup bid by South African mercenaries led by notorious British soldier-for-hire in Africa Colonel “Mad Mike” Hoare, who wanted to return the pro-Western Mancham to power.

The group entered the country disguised as a beer-drinking tourist party called “The Ancient Order of Froth-Blowers”.

However, their plan came undone when an airport inspector found a weapon in their luggage and a gunfight broke out.

The men then hijacked an Air India flight and forced the pilot to take them to Durban in South Africa to escape.

In 1993 Rene won the first multiparty election, and was re-elected twice thereafter before resigning in 2004 and handing over power to his vice president James Michel.

In 2016 the opposition won its first victory in parliamentary elections, pushing Michel to resign. He was succeeded by his deputy Danny Faure.

In 2019, Seychelles recorded the continent’s highest GDP per capita at $17,401 (14,768 euros), according to the World Bank. However, the high cost of living has 40 percent of the population living in poverty.

The archipelago is prized for its white beaches and high-end tourism, which contributed 25 percent of GDP prior to the coronavirus pandemic.

Fishing was a small-scale activity until the 1980s, when the tuna industry became the country’s second-biggest earner, and its main export.

During the financial crisis of 2008, spiking food and petrol prices hit the already struggling nation hard. The country missed foreign debt payments and requested support from the IMF. The nation embarked on widespread fiscal reforms and has since stabilized its economy.

Rising waters are also threatening the coastline — home to most of the population and infrastructure — and crucial drinking water supplies.

To combat the effects of climate change, the Seychelles in 2020 created 13 new protected marine zones, creating a sanctuary for 30 percent of their marine territory.

– Heroin, the dark side of paradise –

Government figures show up to 6,000 Seychellois consume heroin, a world record in relation to its population.

The rise of new trafficking routes through East Africa in the late 2000s, coupled with porous borders and relatively high purchasing power among Seychellois, flooded the islands with heroin.

After failed punitive efforts to crack down on the problem, in 2017, authorities made addiction a public health priority, launching the free distribution of methadone and launching rehabilitation programmes.