It is the time of ‘TRESE’ | Inquirer Lifestyle ❮ ❯ 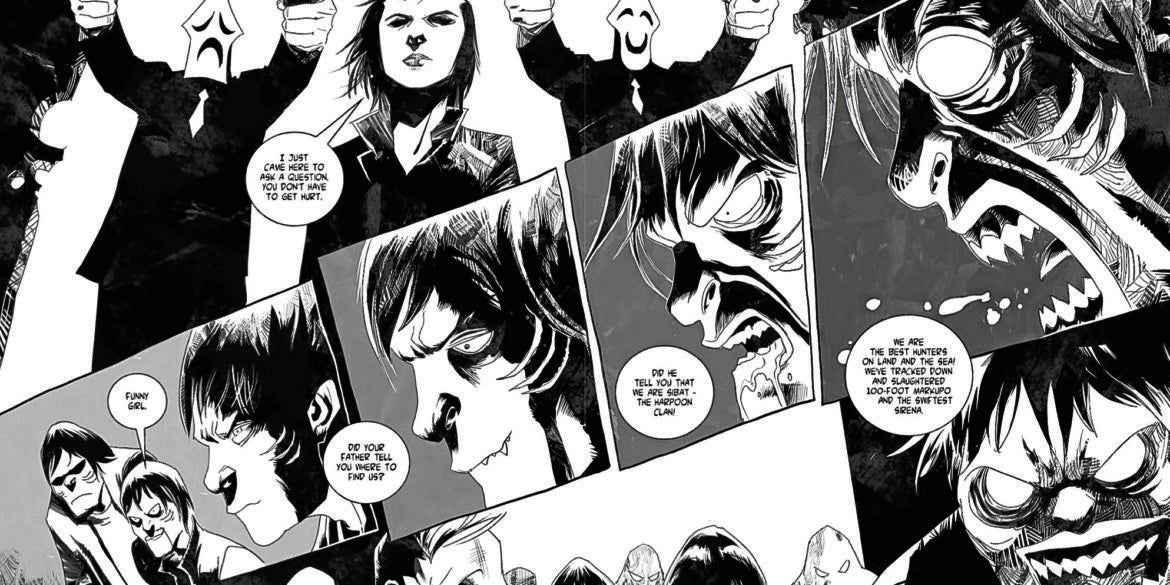 It is the time of ‘TRESE’

It’s almost Halloween, so is there a better time to be a fan of “TRESE?”

The scary, sleek indie Filipino comic that could just broke through again. After being picked up by American publisher Ablaze Publishing, Budjette Tan and Kajo Baldisimo’s “TRESE” will continue to roam bookstore shelves in North America, a feat no other Filipino comic book team or property has done.

Ostensibly, Alexandra Trese runs a bar called the Diabolical, but when the Manila policemen find a case that befuddles them, they call her and and her twin bodyguards, the Kambal, to help them out. The famous product of a creative dare, “TRESE” began as a photocopied ashcan series in 2005 that was picked by pioneering publisher Visprint and became a retail sensation with a cult following. Last year, the seventh volume of “TRESE,” “Shadow Witness,” was released.

Earlier this year, it was announced that American publisher Ablaze Publishing, had picked up “TRESE” and would be releasing it for the North American market. Translated into English with completely redrawn art by Baldisimo, “TRESE Vol. 1: Murder on Balete Drive” would also feature extra sketches and behind the scenes material. The trade paperback now has a release date of Nov. 4, and it has been highlighted by numerous respected outlets as a title to watch out for, including Publishers Weekly, The Beat, SYFY Wire and Bleedingcool.

“It would’ve been awesome and appropriate if ‘Trese Vol. 1’ came out on Oct. 31. But Nov. 4 is also a somewhat significant date,” Tan told Super from Billund, Denmark, where he works for LEGO. “Well, Nov. 3, more specifically. Nov. 3, 1994, is the unofficial birthdate of Alamat Comics. That was the day Whilce Portacio met with a dozen or so aspiring comic book creators and newly established studios and he gave us the advice to band together instead of compete with one another. Even though the name and logo of Alamat came weeks later, for me, Nov. 3 is a very significant date as a Pinoy comic book creator. I can’t help but look back and think about how far we’ve gone.” As a result of the Ablaze deal, “TRESE” is now available from comic retailers around the world.

Now, Ablaze has announced that “TRESE Vol. 2: Unreported Murders” will be released in the United States and Canada in April 2021. This means that “TRESE” becomes the first completely original Filipino property from a Filipino creative team to be carried by an American publisher. Tan had been keeping the Ablaze deal a secret for a year and was ecstatic to be able to announce it, but he added that Ablaze was also looking at releasing the other “TRESE” volumes in North America as well. It looks like this just might be happening.

“A little after we submitted the final pages for Volume 1, I think we simply asked Ablaze if we should already start talking about Volume 2,” he said. “We also explained that the first three books form the first story arc of the series, so it would be great if the new readers of Volume 1 can also get to read 2 and 3 as well. So, yes, Volume 3 is part of this plan.”

In the Philippines, “TRESE’s” original publisher Visprint Inc., is now essentially defunct, but it has a new publisher in Avenida Books and like a good mythical creature, it’s back from the beyond, with Avenida reprinting the first three volumes. “With Visprint shutting down, most of the ‘Trese’ books are sold out,” Tan said. “So, with Avenida as our new publisher, we’ve been talking about reprinting the books. While we can’t reprint all six books at the start, we thought it would be better to rerelease the first three books, especially with the growing interest from new readers. We thought it would be better if we can make available the first three core books.” These reprints will also be a little different. “These new editions from Avenida will be similar to Ablaze editions. This means it will contain Kajo’s new artwork —he redrew all the pages from Book 1—as well as the additional pages he drew for the US version. It might contain different bonus material, but the main stories will be the same.” Tan confirmed that Avenida will be reprinting all the books in the series. Tan said Avenida will be publishing “TRESE Vol. 8” in 2021.

But the year will not go without something newly “TRESE” in the Philippines. Avenida is publishing the anthology title “TRESE: Bloodlines” before the end of the year. “‘TRESE: Bloodlines’ is an anthology I’ve been dreaming of doing as far back as 2013. This anthology contains one-shot stories featuring Alexandra’s brothers, Tan explained. “For these stories, we collaborated with comic book creators like JB Tapia, cowriter from ‘The Dark Colony,’ John Amor, creator of ‘Urban Animal, David Hontiveros, creator of ‘Dakila,’ Marvin del Mundo and Brian Balondo. Of course, it also has a new ‘TRESE’ story from me and Kajo.”

“TRESE: Bloodlines” will become the first true spinoff series from “TRESE”—and you can be part of it. “We definitely intend to have a second one. Through ‘TRESE: Bloodlines,’ I hope we’ll be able to tell more side stories, backstories and more what-if stories. For the next volume, we’ll also provide a chance for our readers to collaborate with me and Kajo. We will send out a call for submissions for short comic book stories—13 pages long—and the chosen story will be drawn by Kajo.”

And as everyone knows, “TRESE” has been picked up by Netflix as a Netflix Original Animated series to be helmed by Jay Oliva (“Justice League Dark”) with details about the series to be released soon.

Tan is excited and anxious, but mostly grateful as “TRESE” approaches what is essentially its true global debut. “I can only hope for the best, is my cliché answer,” he said. “When we started ‘TRESE’ and just photocopied it, we didn’t have a grand business plan to make it the bestselling comic book. But somehow, we did reach a point when it was selling very well. And it sold enough that Visprint agreed to print the second and third volumes. So, I guess that’s my hope for ‘TRESE’ in the US, and in other countries as well, that we get a good number of readers that will allow us to keep on releasing our stories globally.”