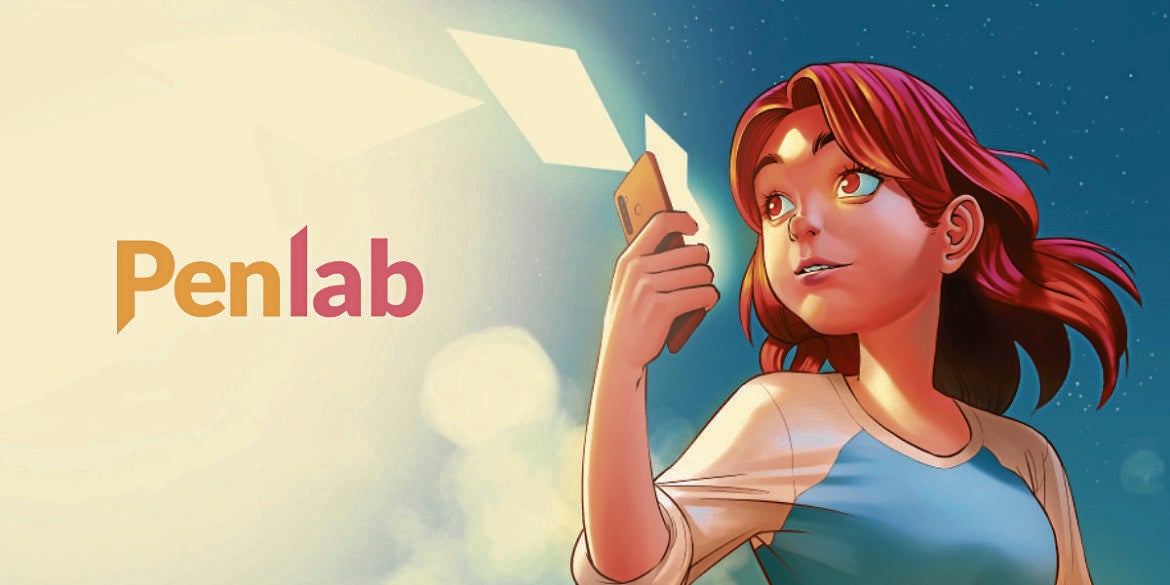 Several decades ago, Pinoys got their colorful komiks fix by going to their nearest sari-sari store where they could rent or borrow the latest weekly issue. Decades after that, the conventions were the incubators were inspired komikeros could share their latest creations with a growing audience.

But this year, the COVID-19 has shut down the convention circuit—and one could assume that this would cause the komiks creating scene to go dark. But it hasn’t. Digital platforms hosting komiks have gone up, offering their content to the curious and discerning readers for free.

Perhaps the most surprising story is that of the newest one, Penlab (penlab.ink), which has quickly gained not only titles and creators but followers, befitting its tagline of “Pinoy Komiks in One Place.”

“We have over a hundred unique komiks titles now and also over a hundred creators signed up, with some who have yet to debut on the platform,” explained Bernie Mercado, Penlab’s managing editor. “We’re still constantly reaching out to other creators with the hopes of making Penlab a digital archive for our komiks community.” He estimated they were currently at 200,000 hits since they launched on Sept. 5.

The Penlab people like using the word “collaboration” a lot, not just between themselves but between the creators. As Mercado explained: “Penlab is a not-for-profit community project designed to expand the collective reach of our komiks community by putting our quality komiks in one platform.”

Mercado is a freelance writer and filmmaker who graduated from the University of the Philippines Film Institute in 2015 with Best Thesis Film honors. Mercado loved manga as a kid—he was really heavy into Shonen Jump. He discovered the local komiks scene and wanted to be part of it. “I had wanted to make my own work since 2012 but I was a writer with no connections in the komiks scene, so I didn’t know where to start.”

When two projects (a comic book and a low-budget horror film) fell through, something had to be done. “I wanted to be more in control of the content I produced,” he said. “I took the indie komiks route more seriously and formed an indie publishing group that can handle doing both the creative aspects to making komiks and the marketing and IP-building side of it. We were originally former orgmates in a college film org and all with backgrounds in film, media and advertising. Later on, we invited artists to join our group to create creator-owned collaborations that we can build as new-gen komiks IPs and later multimedia franchises.”

From the rib (hehe) of Kalabaw Kolektib came Penlab. “In November 2019 when we were trying to figure out the best platform to release our own work, most of the existing platforms didn’t appeal to us, so we sought to start one that was specifically targeted and marketed to Filipino readers.” As this story clearly shows, they were conceptualizing Penlab before the pandemic hit. Penlab seeks to get the komiks outside the digital and into the mainstream and places such as the classroom. They’re working to get “the local medium the recognition it deserves,” as well as get the independent creators the recognition they deserve from the mainstream creators.

“Aside from that, we want to digitally archive komiks from all eras and host even the old indie komiks that have stopped production. We want to make this truly a place where quality Pinoy komiks can all be found in one place.” This is a reason why the family of Tony Velasquez, the Father of Filipino Komiks and creator of Kenkoy, chose Penlab to host the tribute page on Velasquez’s 110th birth anniversary on Oct. 29.

When they were putting up the development of Penlab, the team basically paid the costs out of their own pockets. “We get donations occasionally, which we divide between future development expenses and marketing,” Mercado said. “We’re also not seeking to profit off Penlab. We just want it to eventually be self-sustaining and be able to pay everyone working on the project, as well as somehow net some sales for our creators. But we also have to be realistic. As long as we’re able to keep this space for years to come, we’re good.”

You are however most welcome to donate to Penlab, and you can do it online (penlab.ink/donate).

But what Penlab really wants is for you to come and partake of the funny, scary, quirky, soaring, bloody, personal, depressing, inspiring, triumphant, emo and whatever else komiks you can find for free on Penlab. “We have a Hot Ink section on our homepage, which shows which titles are most viewed/read. The current top eight are ‘Katipunera Warrior,’ ‘Nagmamahal, Maria Clara,’ ‘Super Proxies,’ ‘Uwian Na,’ ‘Dapit Hapon,’ ‘Nang MaInlove Ako sa Isang Sakristan,’ ‘The Hotdog Prince’ and ‘In His Universe.’”

Mercado is actually cowriting one of those titles (“Katipunera Warrior” with Torralba), among several others currently on the site and several more to come.

And Mercado wants this to be clear: “As for our agreement with the creators, Penlab is only a distribution platform. They retain full rights to their work; we’re only giving them a space in the interwebs.”

And before any “print is dead” talk is trotted out, Mercado wanted to be clear that Penlab pushes this point: “Digital is here to complement print, not replace it. However, there are many creators who also prefer publishing for free digitally,” he said. “A lot of them have already been doing it on Webtoon/Tapas even before we came along. With a local platform like ours, we’re able to bring these works to Filipino readers.”

First-time visitors to Penlab shouldn’t be overwhelmed by the sheer number of titles. Just browse; you’ll find something that suits you.

And Mercado said Penlab isn’t a pandemic solution to komiks-deprived readers (while it does provide komiks to readers during the pandemic). “When the pandemic ends, Penlab will still continue as is,” he said. “We didn’t really come up with Penlab as a pandemic measure. We would have probably pursued Penlab either way; the pandemic just hastened our plans.”

Bernie Mercado, who has seen Penlab jump from something they were just imagining into a collective that is feeding the creative hunger of a komiks-hungry Pinoy generation, has become a man on a mission. “To me personally, it’s become a baptism by fire sort of thing. Being entrusted with everyone’s komiks means you now have a responsibility that’s bigger than yourself—and what you initially expected coming into komiks—and I hope our team is fulfilling that so far.”

For a selected list of titles available on Penlab, please read today’s Inquirer Plus. Visit inq.news/inquirerplus.