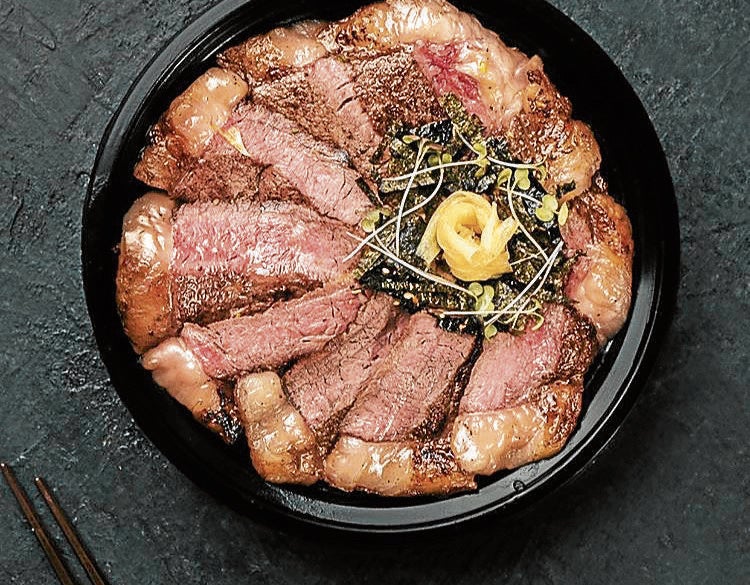 A lot of people have become instant food entrepreneurs because of the pandemic. Selling their products solely online, they have made our food delivery options more varied, and choosing a lot harder.

To help narrow down your choices, here are some items I found on Instagram and have grown to love.

Flight attendant Melody Sy is revisiting her love for baking. With her mom Marines, who cooks classic Chinese dishes, she opened Rolling Pin last May. Their lineup of cakes includes a berry-filled version of the trendy burnt Basque cheesecake and an old-fashioned chocolate cake. For savory fare, their bestsellers are the pork and shrimp wontons, machang or lotus leaf rice, pork maki, pork kiampong, chami, lomi and five-spice kikiam.

The Hulk from Naked Bakery (@nkd.bakery)

Many started selling sourdough during the lockdown, but none were as pretty as the ones from Naked Bakery, so named because the breads have “nothing to hide.” “My time in Europe taught me to love bread the way Europeans do,” says Harvey Hsieh, 29. “I’ve always wanted to learn how to make bread because I knew that one day I’d have to come back home, and the thought of not being able to enjoy them was not acceptable.” So he honed his skills by watching videos online and consulting with friends. He started selling his 100-percent refined wheat sourdough during the initial stages of enhanced community quarantine, then followed it up with schiacciata, a classic Tuscan flatbread, and his bestseller, the Hulk, which is the schiacciata slathered with herbed butter.

Because of COVID-19, Jen Gerodias Slagle had to lay off most of the staff from her commissary business. On the bright side, this allowed her to start anew and move to Laguna with her two boys. “Living here, surrounded by fruit trees and foliage and embracing slow living, has inspired me to get back in the kitchen and make things with my own two hands.” In June, she launched Casa Luisa, which offers comfort Filipino food using French techniques. She has sisig, tocino and tapa, but it’s her empanada that sell the most. It’s made with an all-butter pastry that’s treated like a croissant dough. For fillings, she has beef brisket kaldereta, French onion soup, and my favorite, beef rendang with pickles and sambal.

A former magazine fashion editor, Carole Cuasay Tagle decided to offer her entertaining staples to the public last July. “I wanted to share my own take on comfort food using healthy alternatives and thoughtful ingredients that even kids will love,” she says. Her roster includes mostly bottled goods like Three Cheese Pimiento, All Natural Hummus, Tomato Everything Confit, Organic Chicken Paté paired with Pear Jam, and pan de sal from Masa Bakery, which is her sister’s business. The Bangus Belly Sardines comes bathed in flavored oil, and the fatty belly begs for warm rice.

Baby Back Ribs with Corn Muffins by Maisie (@aMAISIEingGoodies)

What began simply as a quarantine activity for Candy Villaroman-Tuliao’s daughter, Maisie, eventually became a profitable hobby. “I wanted the time spent at home to be productive. This was our way of turning our situation into a positive and meaningful experience,” says the dermatologist. Maisie bakes the snickerdoodle cinnamon cookies herself, while Candy does the baby back ribs, which are oven-baked for hours. And since this has been selling really well, they’re now working on a frozen version, which customers can reheat.

The Purple Wok was a longtime idea that finally saw its launch due to the pandemic. “We had to look for means to help our laid-off staff from our other food businesses,” says Portia Vicente-Habaluyas. “They’ve been loyal to us for many years, and there was no way we were going to let them down.” Introduced last September, the brand serves recipes from her home: gambas al ajillo, paella negra with clams and mussels in white wine, and baked lobster tails. Their bestseller has been the US Angus Melt-in-Your-Mouth Roast Beef, which can be ordered with herbed veggies, creamy garlic mashed potatoes, mushroom splice and three sauces—basic gravy, au jus and truffle gravy.

Kevin Jonathan Uy, who graduated from Enderun and trained in restaurants Enoteca in Barcelona and Central in Peru, launched Viaje by Kev in August. “Being a Spanish-speaking, Latin American- and European-trained chef, I felt that I could offer something new and delightful in the face of this crisis,” he says. “The concept revolves around closed borders and open minds. It strives to bring adventure on a plate.” The brand has already become known for its pollo á la brasa set, which includes a whole butterflied grilled chicken, two pepper-based sauces called ajies (rojo and verde), boniatos or sweet potato croquettes and chorizo rice. He also offers a delicious barley risotto, and ready-to-heat callos.

Food consultant and chef Chryso Morales, 32, lost some projects and his restaurant job because of the pandemic. To earn a living, he, along with partners Dale Morales and Matthew Ignacio, started Slow Burn Manila last September. “The idea is to offer unique and original flavor combinations on a single plate,” he says. “Putting together truffle and barbecue sauce played in my head, so we started testing and cooking in the kitchen until we got the right recipe.” The result—Smokin’ Ribs with Truffle Rice, Garlic Shrimps with French Beans and Cherry Tomatoes—is their first offering, and it has already gathered a loyal following. Next in line are salmon with squid ink rice, and an herbed and spiced chicken dish.