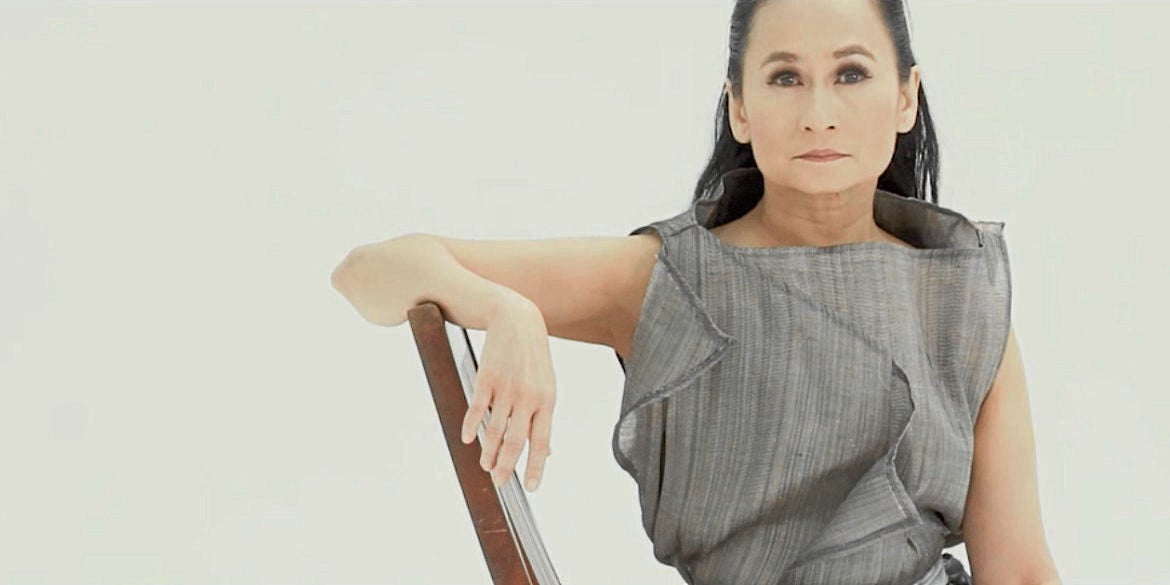 Lisa Macuja Elizalde: “Still, I don’t see the past year as a bad year. I would rather say it’s been a year of learning.”

A season of silver linings for Lisa Macuja Elizalde

Despite the razing of their home venue and the pandemic during Ballet Manila’s 25th anniversary season, the artistic director faces the future with optimism

What might seem to others like an annus horribilis for Lisa Macuja Elizalde, CEO and artistic director of Ballet Manila (BM), she now sees as just a year of adapting to unexpected changes.

On Oct. 2, 2019, the eve of her birthday, a fire razed the Star City Complex and damaged Aliw Theater, BM’s home. The company had been all set to perform “Giselle”—which it thankfully got to do after securing a one-night venue grant at the Cultural Center of the Philippines.

Elizalde was thus determined to celebrate her company’s 25th anniversary season with pomp. BM would restage Gerardo Francisco’s award-winning “Ibong Adarna” in Ateneo’s Hyundai Hall, and follow it up with a three-month national tour. According to this plan, on her birthday this year, Oct. 3, a newly refurbished Aliw Theater would be relaunched with a grand concert featuring the dancers performing to a live orchestra, plus opera singers, a pop star and theater groups.

“I meant to showcase Aliw as a stage for concerts, ballets, plays,” she says, looking back.

Heartbreaks and a silver lining

The COVID scare and resulting shutdown threw a monkey wrench in that scenario. Then came an aborted dance season, and the heartbreaking retrenchments.

“Still, I don’t see the past year as a bad year,” Elizalde maintains. “I would rather say it’s been a year of learning. There was some grief, yes, especially on account of the fire, and the COVID situation made it a little more difficult. But once I reached the point of acceptance, I moved on pretty fast. We started a virtual dance school that became a silver lining for me. We are also creating dance films now.”

The fire destroyed 80 percent of the Star City amusement park and its Star Theater. The Manila Broadcasting Company (MBC) building within the compound was likewise affected. Aliw Theater’s stage and backstage remained intact, but the technical booth, seats and pillars were ruined. The fire was found to have been caused by sparks from faulty electrical wiring inside the storage room of stuffed toys.

Although insurance covered most of the damage, management decided not to rebuild Star Theater. Instead, it set a yearlong reconstruction of the amusement park and renovations for MBC and Aliw Theater. Elizalde says Aliw was to be refurbished, scaled down from 2,200 seats to two halls. One hall would have 1,200 seats and an orchestra pit; there would be spaces allocated for rehearsal studios, exhibitions, receptions, lectures, elevators and a black box theater. The pandemic froze all these.

The future of Aliw is dependent on the completion of MBC’s renovation. “I don’t know when we will reopen,” Elizalde admits. “The architectural plans and budgets are finished.”

In March, the nationwide theater closures and the ban on mass gatherings canceled out much of BM’s income which had relied on ticket sales and sponsorships aside from the patronage of her husband, media baron Fred J. Elizalde. 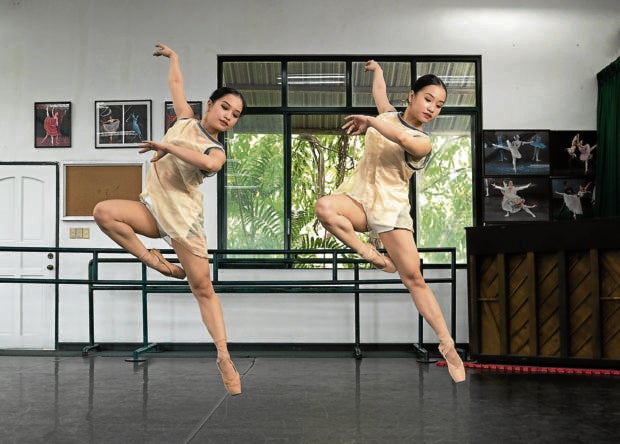 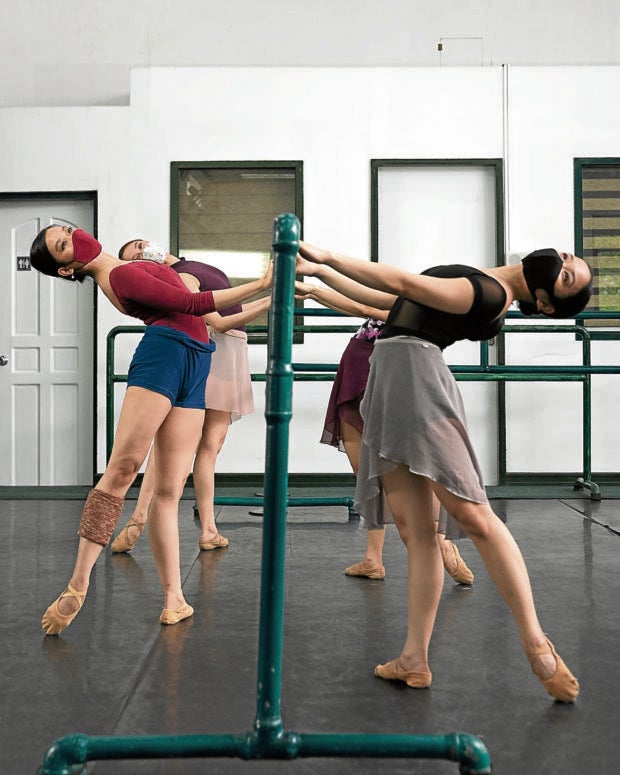 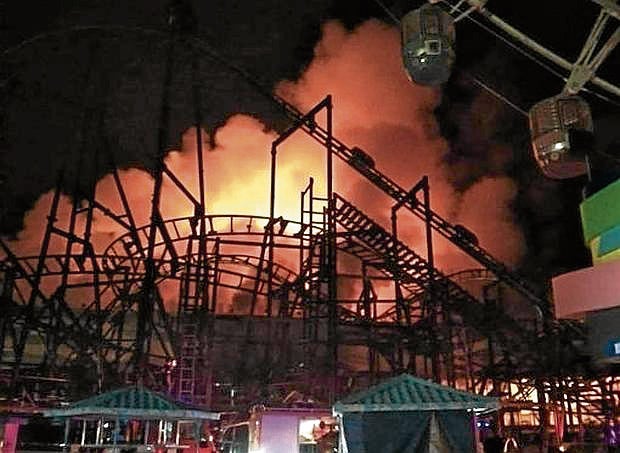 When the lockdown was extended and the immediate future seemed uncertain, Elizalde was nearly unnerved. She relates, “As artistic director, I was bound to honor contracts until they expired last May 31. The dancers received full salaries even if they had no work. Company classes became virtual.”

She was forced to downsize the 36-member company to 14. Eight foreign dancers returned to their home countries and the remaining ones signed a contract for a 25-hour workweek schedule and a pay cut. Since most of the dancers lived in the same compound as BM’s headquarters in Pasay City, the studio got to reopen also in May during the modified enhanced community quarantine (MECQ) with a limited capacity of six dancers at a time.

Elizalde has been conducting company classes thrice a week via Zoom, with her foreign artists who are now in either Malaysia or Japan participating. She considers this Lisa Macuja School of Ballet Manila shift from face-to-face to virtual classes her “light at the end of the tunnel.” She explains, “I developed a program in which a core group of principal dancers and soloists became the next coaches, main teachers and demonstrators.” The dancers’ incomes from the classes compensate for their losses in performance fees.

Dancing out of the box

The virtual school program has attracted 100 students so far. Students here and abroad enroll in a regular program, or in a three-month certificate program with option to reenroll. A virtual recital is being put together for Nov. 28.

Of these niche classes, Elizalde proudly says, “The concept forced us to think out of the box. Among our offerings is Dance with Me, where a parent or older sibling dances with the child. It is very popular. We held an open house with 60 attendees. We also have Ballet for the New Young, a gentle, senior-friendly class—so much fun to teach!” Her floor barre is incorporated in Lifestyle Ballet, which also includes yoga classes under BM associate artistic director Osias Barroso.

Elizalde recently raised P32,000 from a special floor barre dedicated to Save the Children Philippines, a nonprofit organization whose aim is to provide children with gadgets for virtual education.

“The BM classes rely on good internet connection,” she points out. “On the upside, we are now global, with students in Europe, US, Taiwan, Indonesia, Malaysia. It has developed into a new way of operating as a ballet school. We will continue with this online program even when on-site studios reopen.”

A message of hope

To get the company performing again, BM launched its “Silver Lining” season with a ballet video choreographed by Gerardo Francisco and filmed by Jojit Lorenzo. The ballet is set to Joey Ayala’s “Walang Hanggang Paalam,” as performed by Lea Salonga and Ice Seguerra. It was supposed to be performed live at the BM open-air studio to mark Fred’s 80th birthday in August. The show was canceled when MECQ was reinstated that month.

“So we did a film version instead, an experiment [at the same time]. We realized that dance films could be viewed and shared, and [could help] keep Ballet Manila in the hearts and minds of our audience,” says Elizalde. “‘Walang Hanggang Paalam’ is our message of hope.”

She hopes the videos will further rekindle the enthusiasm of her dancers who, she is certain, crave the buzz of working in a creative space. “They miss the studio where they can create, rehearse and perform. I want them to feel like performing artists again, not just teachers and demonstrators of exercises.”

Virtual is not forever

And here’s a big something to look forward to: Virtual is not forever for BM, which is slowly girding for live performances. The immediate plan is to dance in mall shows. It has also been rehearsing one group entry and five individual entries to the Asian Grand Prix, an international ballet competition for young dancers, which is scheduled in Hong Kong from Jan. 3-5, 2021.

Taking into consideration the disruptive nature of the pandemic as she experienced it, Elizalde is bent on finding creative ways to respond to possibly more unexpected events.

She faces the future with optimism, despite knowing that things are not going back to normal anytime soon. “I’m looking forward to being in a position to offer contracts to more artists and dancers and give them higher salaries. Projects translate to income. We hope to produce more performances, whether in live theater or on film.”

And since she has seen how technology creates possibilities of joining forces with foreign artists, and even prestigious dance schools, “I am also looking forward to more collaborations.”

Elizalde is resigned to the fact that that the celebration of BM’s 25th anniversary will be at least a year late. She remains upbeat. “As soon as we have access to Aliw Theater, I can solidify a proper commemorative season.” —CONTRIBUTED INQ