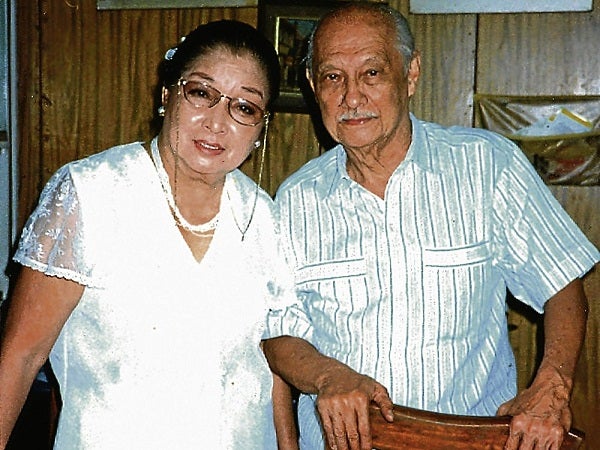 There are times when I wish my dad were here still. I do miss his wit, his insights, his perspective on life, but most of all, his sense of humor, which he kept to the end. He’d be thrilled I’m writing a column as he himself did, in fact, daily, for the family paper, The Manila Times, in his life before politics: He was elected congressman of Manila five straight times.

Dad laughed at anyone and about anything, including himself and old age when—in fact, at that particular time—the two of them finally, inevitably, inextricably got together, till death did them part.

Indeed, old age, he said, proves God’s own sense of humor. I sometimes caught him laughing privately. Oh, what I’d give for the secrets and mysteries he took with him to death, especially given his take on it!

“I have nothing against heaven,” I heard him say often. “It’s the way to it I have everything against—dying.”

He would then pursue the joke and assign me the task of finding an easier way to heaven. There’s one, as it happens, in Eastern philosophy. Indeed, by that philosophy, death doesn’t exist as we Western-indoctrinated flocks know it: We simply enter another dimension, there to await our return to life in a virtuous cycle of purification.

Anyway, Dad had been just too Westernized and too worldly to be converted, and was, in the end, beaten by death apparently before he had become resigned to it. Vivus interruptus, if I may call it.

On the advice of a relative, a balikbayan medical doctor, his surely well-meaning second family, who had decidedly taken over his care after Mom’s death three years earlier, removed his feeding tube. At the time, I thought it cruel. Dad was, after all, breathing on his own, and requiring neither catheter nor intravenous intervention. He had to be fed through a nose tube, but even so needed no special diet, just everyday house food, though Oster-ized.

I thought—with definitely no illusions of forever—Dad might live a while longer, yet waiting for some good news from my assigned search for a way of vaulting to heaven, skipping death. But then again, he was 90, and his regular doctor had been himself amazed, not only that he had survived the massive stroke he had suffered, but got well enough in a relatively short time to go home.

He continued to be responsive, communicating by nodding or shaking his head and making throaty sounds.

Of course, I wasn’t  attending to him; I was simply doing what I could on each regular visit. Two alternating nurses and a caregiver roomed with him.

When I got a call, just five months after his discharge from the hospital, announcing the removal of his feeding tube, I rushed to him and found him sinking, uncommunicative, his color ominously changed. I was told that I was selfish to insist he be kept on the tube, that he was suffering too much, and that it was more merciful to let him go. But he held on until the next day, passing away with his younger brother Peping at his bedside.

Maybe it was merciful, but for whom? I’m sure my mother would not have had done it, but then she was never the practical one. Speaking of merciful, Mom not only went ahead, in her sleep, though I thought too soon—she was an 85-year-old regular shopper. I suppose there’s never a right time to lose a parent.

I sometimes catch myself expressing envy of friends who still have their parents. One has his father still, 89, of sound body and mind, and now with a new companion even—a new and much younger wife, a situation that has made him increasingly paranoid and jealous.

Very much ambulant yet, to say the least; whenever the wife goes out on her own, he shows up unannounced at his son’s, my friend’s, single-lived condominium, with his suspicions. My friend worries about his dad’s heart for all the Viagra he now takes.

“I wouldn’t want to live that long myself,” says my friend.

Dad lived even longer, in fact, and died, you might say, freed from such anxieties—in the gambler’s idiom, forced to good —preoccupied with a valiant stand to gain even just another dawn.