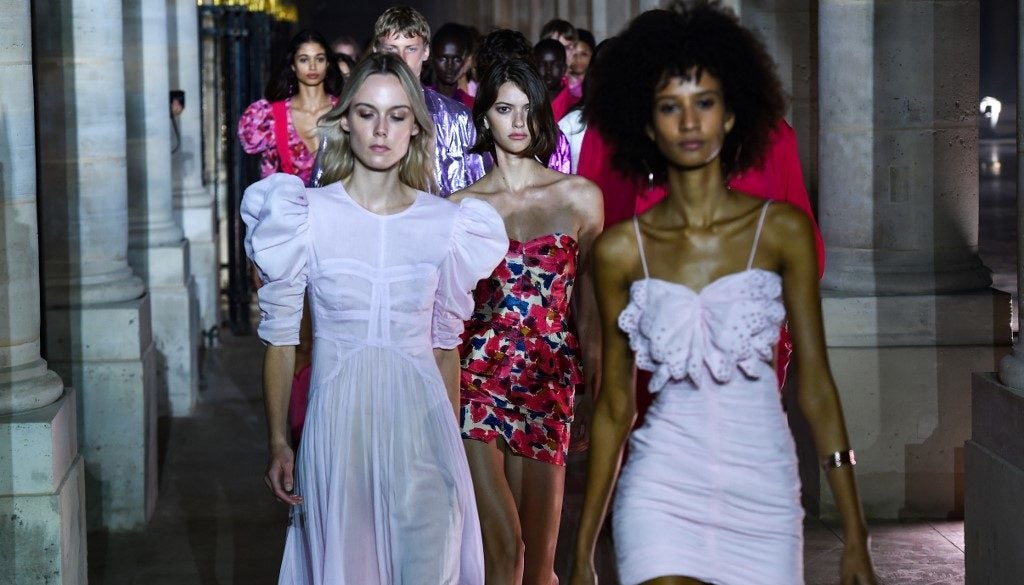 Models present a creation by Isabel Marant during the Womenswear Spring Summer 2021 as part of the Fashion Week in Paris on October 01, 2020. (Photo by LUCAS BARIOULET / AFP)

French fashion designer Isabel Marant has apologized after the Mexican government criticized her for appropriating and selling clothes based on traditional indigenous patterns.

Marant heads the latest fashion brand to be condemned by the Mexican government for copying indigenous designs, with similar complaints levelled against Spanish retail giants Zara and Mango.

Culture minister Alejandra Frausto Guerrero published an open letter earlier this month demanding an explanation as to why her Paris-based company was selling garments based on motifs with documented origins in Mexico.

One includes a cape that appears to copy a pattern used by the Purepecha community of northwestern Michoacan state, which retails on the fashion house’s website for 490 euros ($580).

Marant acknowledged to Frausto that Purepecha textiles had influenced her latest collection and said future designs would properly “pay tribute to our sources of inspiration”.

“If the Isabel Marant house and the designer have disrespected the Purepecha community… they implore you, and the country you represent, to accept their most sincere apologies,” said a letter from Marant, dated November 6 but made public on Frausto’s Twitter feed late on Monday.

In recent years Mexico has sought to publicly shame multinational brands that it has accused of ransacking the cultural heritage of poor villagers.

Some of the country’s leaders have also pushed to toughen a copyright law that already protects traditional patterns to punish “plagiarism that different indigenous peoples have suffered”.