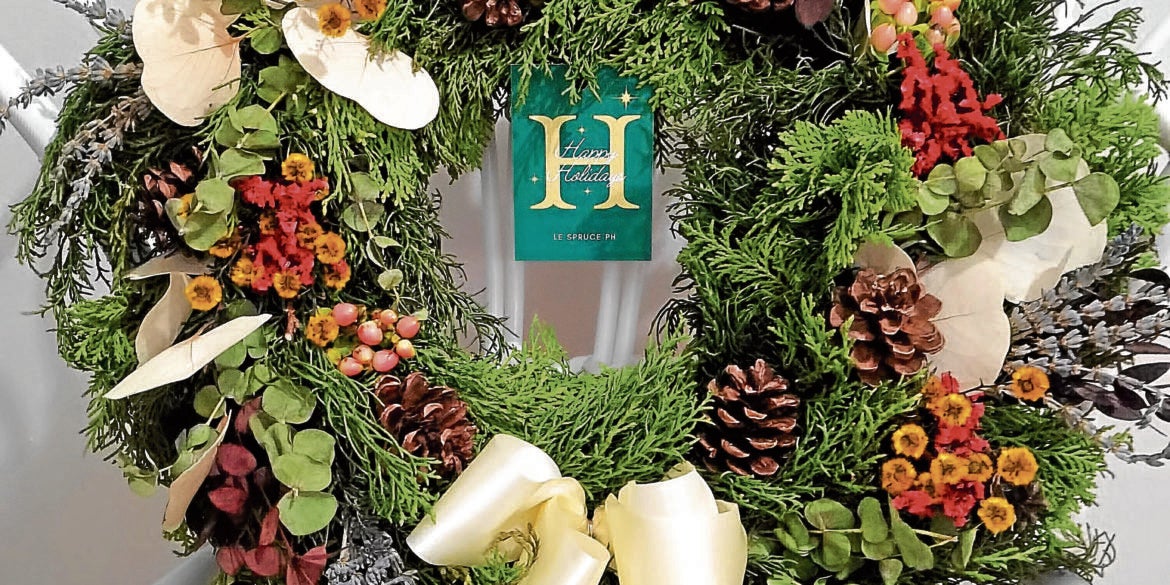 #TheGivingTree hopes to generate P10,000, which will allow 80 public school children to see an educational show

The first few months of the pandemic were the hardest for Leloi Arcete, head of PR and the online unit of the Philippine Educational Theater Association (Peta). She had to juggle being a mother and attending to her household while trying to cope with the needs of Peta’s sudden pivot online due to the closure of the theater.

Her husband Jeff Hernandez didn’t have it any easier. “He’s also an artist and member of Peta and he lost a lot of his projects because of the lockdown. This was aggravated by the closure of ABS-CBN where he was a musical scorer,” Arcete said.

The pandemic had a profound impact on their daily routine, their finances and their mental well-being. To support themselves through the pandemic, they launched not just one but two businesses.

Hernandez was a good cook and friends had always been urging him to make his food available for ordering. “With less projects, he was forced to try it out as an alternative source of income. That was when Maestro’s Kitchen was born,” Arcete said. Hernandez began by serving their favorite dishes at home—kare-kare, adobo sa gata and roasted lechon belly—and then later experimenting with new recipes that became hits, like chicken peri-peri, seafood boil, chicken inasal skewers, vongole pasta and more.

The second business happened “by accident,” said Arcete. “I bought some eucalyptus, cypress and pine cuttings for our home and posted them on my social media feed. A lot of my friends started inquiring about them and how they can buy.”

She thought: Why not sell them?

“The following week, I tried making a wreath and thought about selling a few during the holidays, just for extra income and also to destress and find a ‘break’ from work and our home routine.”

And so Le Spruce was born. One of the first people to order her wreaths was Peta president CB Garrucho. Le Spruce has since sold about 20 wreaths which Arcete’s clients loved.

#ChistmasInFullBloom is one of her favorite designs. “It’s colourful and vibrant. It lifts your spirits and make you smile.”

One client bought a wreath for a friend who is bedridden and told Arcete that she wanted to make her friend smile. “For me, that’s huge—to be able to share joy, make someone smile, give hope and connect during this time of isolation. Getting a wreath and hanging it just creates a warm and festive feeling.”

She added, “This is an opportunity to share and hone our talents while earning a bit of extra income for our family.”

Arcete has also hired some people to help her make the Christmas decor. “It makes me feel good that I’m able to give them a source of income, too.”

Arcete has always been the creative type. “I loved designing and making things, from styling our house, to our own wedding, down to making decorations for Peta when I have the time.”

For the past three years, she has been Peta’s resident elf, decorating the Peta Theater Center during Christmas. “I would stay up late for two to three evenings together with our Theater Center staff, hanging parol, and covering our lobby and hallways with ornaments and Christmas lights. Peta’s Christmas tree is so old that there’s barely any branches left and we have to stuff it with faux greens and large parol to make it look festive. I miss that. A Peta Christmas has always been happy and festive despite them being very humble.”

With shows canceled, the pandemic hit Peta and the rest of the theater industry hard. “It has left many artists and production staff jobless. Weeks after the quarantine was announced, we decided to pivot online. More than anything, we wanted to use the platform to be of service to our audiences and to as many Filipinos as possible. We were asking ourselves: ‘What do we do now that our theater is closed? How do we help our artists? How do we use the arts to empower, give hope and comfort those who are at home?”

Through Peta Theater Online, Peta produced online content during the quarantine. They started with “Let’s Get Creative,” a free online workshop series and continued with weekly streamings of performances, webinars, music jams and more.

In September, they also launched Peta’s Festival of Windows Online 2020, which showcased activities and performances about Filipinos’ triumph and survival. “Closing the Festival of Windows is the first online edition of the Peta Laboratory,” said Arcete.

Arcete said that part of Peta’s mission is sharing the magic of theater to as many less fortunate Filipinos, “most especially public school children who do not have access to the arts.” But given the financial challenges the company is facing now, they’ve been needing help. “Donations from patrons and friends help the company fulfil its mission,” said Arcete.

Arcete, who has been with Peta since 2008, said, she wanted to give back to the company that helped shape her. And so she created Le Spruce’s #TheGivingTree collection. “#TheGivingTree hopes to generate at least P10,000 worth of cash donations for Peta. The amount will allow about 80 public school children to see an educational show.”

She’s selling the #TheGivingTree cypress mini tree at P1,000 and the holiday swag at P1,200. “I already have some pledges. I hope this will also encourage others to support our local theater industry.”

It’s been a difficult year but Arcete refuses to lose hope. “This time may be a dark time, but while we are here, let’s try to grow, learn, adapt and evolve. It is in these times that we can find our inner strength. Let us use our creativity and other gifts. Let us draw strength from one another. When we can, let’s pay it forward. Let’s help in small and big ways,” she said.

She’s hoping people would donate to Peta, too. “No amount is too small,” she said. “I also encourage everyone to watch Peta’s festival until Dec. 6. By watching a show, which is just a P120 to P220 per ticket, you are helping Peta continue its mission of transforming more lives through theater.”