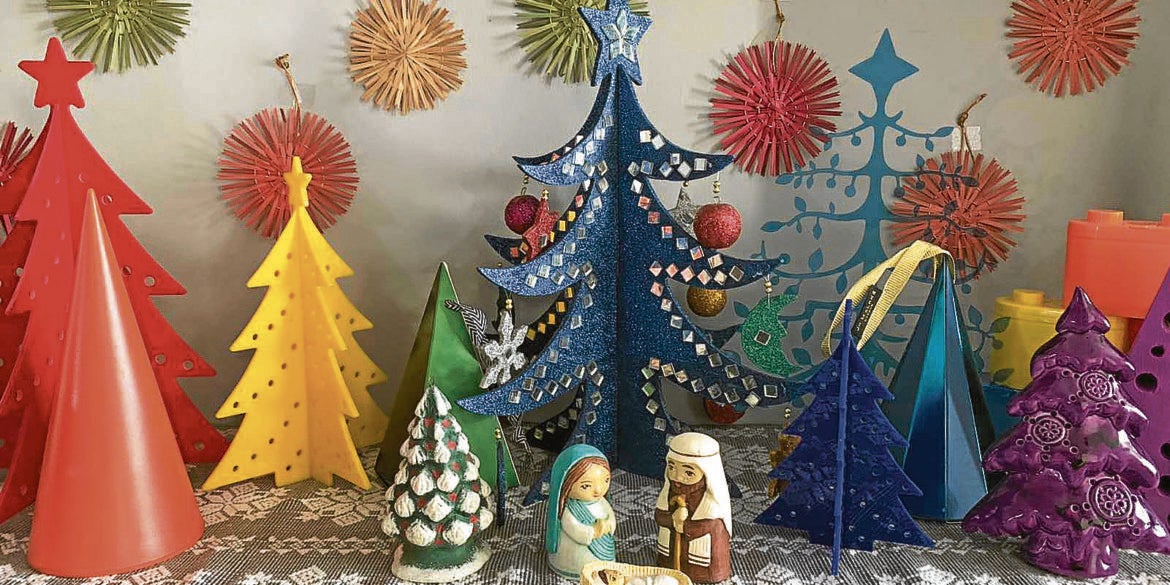 Filipinos pride themselves on having the longest Christmas season. The carols begin playing on the first of September and last all the way to Epiphany on Jan. 6. I never ascribed to that notion of an extended celebration because it seemed excessive. But after the year we’ve been through, Christmas can’t come soon enough.

In mid-November, I decided to take out my Christmas decorations from storage—a space-saving rectangular plastic bin and a few other nooks and crannies—and arrange them all around my place so I would have something bright and cheery to look at.

For a long time now, I’ve been collecting small items that bring me joy: tabletop Christmas trees in rainbow hues, a wooden Nativity scene from a trip with friends to Banaue, a flock of angels purchased piecemeal from bazaars and trade fairs, and woven banig parol from Abra whose colors pop out against a white wall.

Living in a condo forced me to carefully consider my possessions and any new purchases. But it also allowed me to indulge in my magpie mentality when it comes to holiday decorations—just as long as they can fit into the plastic bin or be folded flat for easy storage at season’s end.

Those living in smaller homes can still inject some holiday cheer into their spaces with a little creativity. Hang decorations on walls and windows to leave the floor clutter-free. Use a string of lights to outline a Christmas tree on a blank wall and fill the space with family pictures or holiday postcards.

To further limit clutter, arrange a forest of bottlebrush trees or assorted ornaments on a tray to corral them as well as draw attention to them. Placing them in one area makes the collection look more planned, more deliberate.

In a year that has upended everyone’s plans, decorating one’s space can give back some control over the situation.