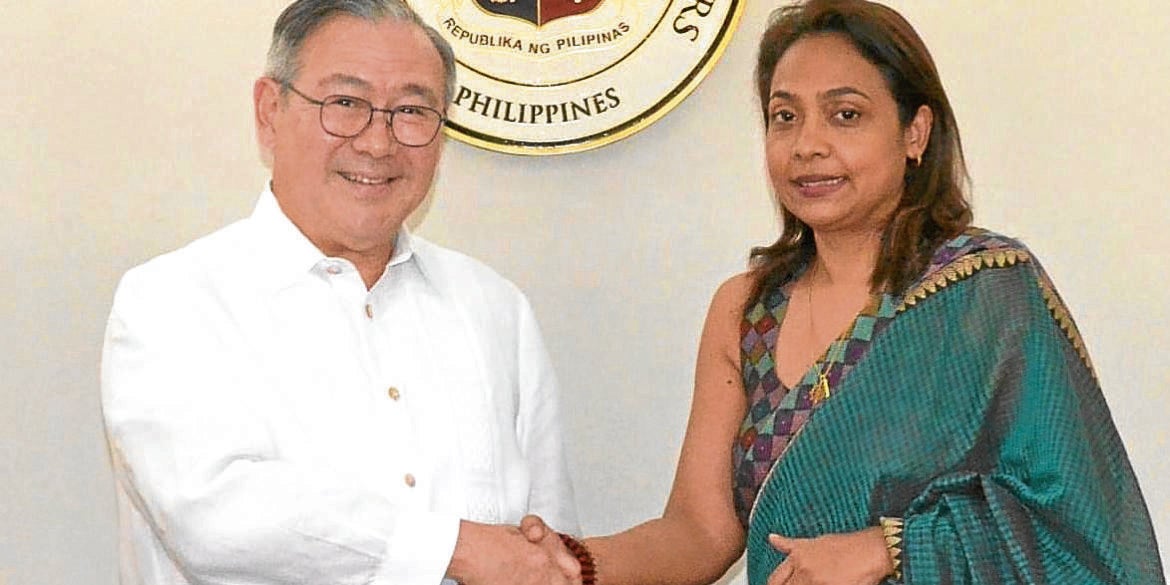 Strengthening ties based on shared history

(Fourth in a series)

The relations of friendship and cooperation between Mexico and the Philippines are longstanding and based on a shared history dating back 450 years, when both countries were part of the Viceroyalty of New Spain.

This relationship was driven by the famous Acapulco-Manila Galleon Route—one of the first examples of globalization—which promoted the exchange of goods, people, and ideas between America, Asia and Europe, and indeed, around the world. That’s why the Philippines felt a lot like home to Mexico Ambassador Gerardo Lozano Arredondo.

Among the main objectives of Arredondo’s efforts here are the strengthening of political, economic and cultural relations, along with enhancing trade and investment flows and reviving technical and scientific cooperation. Likewise, he has sought to promote collaboration in international forums on issues of common interest, such as combating poverty, climate change, disaster risk management, sustainable tourism, and pandemic control.

He has fallen in love with the kindness of the Filipinos, the towns and landscapes, and the colors of the handcrafts, which have been included in his extensive collection of Mexican crafts, where the mutual influences are evident between the guayabera and the barong Tagalog, the silk rebozo and Manila manton, the tequila and tuba, and so on.

A twist of fate brought Sri Lanka Ambassador Shobini Gunasekera to the arena of diplomacy.

Gunasekera achieved her childhood dream of becoming a lawyer, but life took a different spin. She has enjoyed every bit of her work as a diplomat. “I believe that the diverse experiences and learnings I gathered about different cultures and countries have equipped me with the knowledge that enables me to contribute to the consolidation of Sri Lanka’s relations and warm bonds of friendship with the people in the countries of my assignment,” she says.

During her tenure, Gunasekera is keen to promote the many treasures her country has to offer, such as its renowned Ceylon tea and sought-after Sri Lankan precious stones and jewelry, and artisanal handcrafted silk apparel.

Other cultural and artistic riches she looks forward to introducing to Filipinos include the marvelous architectural works created by the legendary Geoffrey Bawa and the Cubist-style art of renowned Sri Lankan painter George Keyt.

“I hope that in a post-COVID world, Filipino travelers will be encouraged to visit my homeland, which boasts eight Unesco (United Nations Educational, Scientific and Cultural Organization) Heritage Sites and a variety of wildlife such as elephants, leopards and whales, and the opportunity to experience unique activities such as Ayurvedic practices and treatments, adventure trips, and colorful festivities,” Gunasekera says.

Perhaps more closely tied to the Philippines than any other country, Spain remains a fundamental part of our country’s history and culture. But that isn’t the only link that binds the Filipinos with Spain Ambassador Jorge Moragas Sanchez.

Because of his Filipino roots, he considers himself “kind of a balikbayan.”

Because of his family ties to this country, he is especially pleased to be the ambassador who will preside over the commemorative activities next year of the 500th anniversary of the circumnavigation of the world and the arrival in the Philippines of the Spanish expedition led by Ferdinand Magellan and then Juan Sebastian Elcano in 1521. “Although the pandemic made celebrations more difficult to organize,” Moragas says, “we, at the Embassy of Spain, are up to the challenge and are preparing several events to mark this historical occasion.”

It’s truly amazing how cultures bond through the similarities they share. As these ambassadors look to strengthen the ties between our country and theirs, we have high hopes that despite the pandemic situation, we will improve and allow countries to celebrate diversity and harmony festively together. —CONTRIBUTED INQ