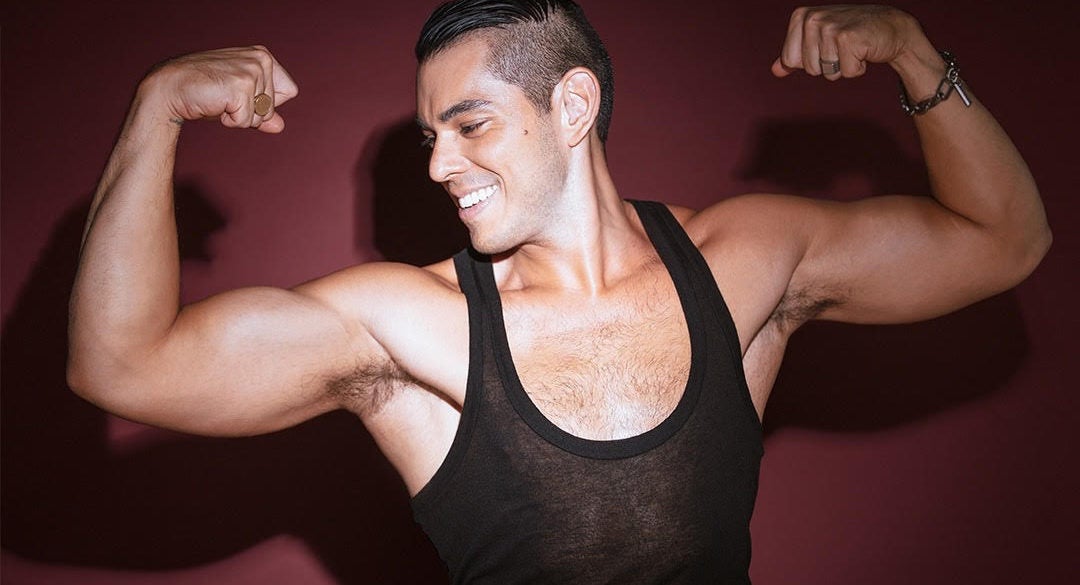 The many different lives of Mond Gutierrez

Is there a need for me to tell you who Mond Gutierrez is? I’m going to try.

In another lifetime, he was a child actor. I remember catching him when they would rerun old Eddie Gutierrez movies on afternoon free TV. “We grew up in a movie set. There was no ‘Oh my god! My family is famous’ moment,” says Mond of that period. “Studying in the States was when I realized that not every kid was like me.”

There’s a Mond who would be mistaken for his brother, actor Richard Gutierrez. He says it still happens from time to time, and he’s not mad about it.

In a 2017 vlog with Nico Bolzico and Wil Dasovich, you’ll see what I mean. When Wil “mistakes” Mond for Richard, Mond says, “People in the airport go, ‘Si Richard!’ And I’m like, ‘Where? He’s here too?!’”

Mond knows how to not to take it too seriously, despite the trappings of being part of one of the biggest showbiz families in the industry. “It’s so easy to get caught up in that Instagram lifestyle where everybody loves you. I’m lucky that my friends and family keep me grounded.”

Before we clicked on hashtags to follow Twitter beef, Mond saw how papers kept the grapevine wired. “Even before social media, things would be written about my family in the newspaper or tabloids, and growing up, some of it did affect us. We quickly learned how to deal with it.” He then talks about a forcefield that keeps the haters and the nasty stuff out, a default setting when your immediate family belongs in the spotlight.

On the holiday Monday morning I hopped on Zoom with Mond; I then had to ask how he would introduce himself. “I do a handful of things. Before, I introduced myself as ‘Hi, I’m Raymond Gutierrez. I’m a TV host,’ he says. That Raymond is the one who hosted Pinoy Idol, Showbiz Central, and stints with E! Online Asia.

“But I do less TV now, and I do more creative and social media work,” he digresses. “I also happen to own bars and nightclubs. I guess it depends on the setting. Usually, I introduce myself as someone who works with brands. I do events, PR, and marketing.”

In this life, Mond is always on the go. Vestiges of that time came up as we talked. There are clothes from his last trip in January that still have the tags on. “I was supposed to be flying to the Cannes Film Festival with Magnum Ice Cream,” among a litany of plans coronavirus canceled.

Mond talks about days when he would go home only to change his outfit, ready for the next event. Mond wasn’t where the party was; he’s the one who always brings it with him.

Case in point: Missing the nightlife, Mond bought a DJ set to learn how to mix some beats in lockdown. “It’s a skill set that I wanna share when I’m better at it. It’s something I want to do when, hopefully, I can have dinner parties again.”

His DJ friends, contacts Mond would hire for gigs, fashion shows, and brand launches, have offered to swing by and teach him a thing or two. “I’ll see how it goes; I just want it to be more of a hobby.”

There is a yearning for this jetsetter to go out, but he’s also surprised to find he doesn’t mind being a homebody. “I look up healthy recipes online and try them out in the kitchen.” He converted his living room into a gym area. He speaks about being thankful for being able to see his family with ease—something that’s close to a miracle since every member has their own packed schedule.

Mond does admit that the start of the lockdown was hard. “It was tough. I am not going to sit here and say it wasn’t. I had a dark phase in April and May and got sad about it.” Like everyone else, celebrity or not, he admits to being lost in self-isolation. “I would eat my feelings and watch a movie.”

The trajectory changed eventually, “Come June, I had a wake-up call. I was feeling the effects of not focusing on my health and fitness. I don’t want to spiral down to what I was like three years ago.”

Let’s talk about that Mond, the one in 2017— a little bit before he revealed a toned body and shed that “chubby twin” identity. That man didn’t like beaches. He was a stark contrast to a brother who played Captain Barbell on primetime.

That man isn’t the person who would get thirsty comments and DMs on Instagram.“People ask me to have their babies or to marry them. Those are quite funny and creepy at the same time.” Mond went to his first training session with Arnold Aninion in a Givenchy shirt. “It was the only loose-fitting shirt I had at that time.”

Not long after that, the big transformation debuted online and in the press. And yet, that Mond, for all the fitness journeys he inspired, isn’t the same person I talked to. In this phase, he owns up to another identity— someone who he can’t quite pin down just yet. “I’ve been overweight my whole life, so I don’t even know what I’m capable of.”

“I read a meme the other day that said ‘What do you mean after I get fit, I have to stay fit?’ It doesn’t end when you reach a goal,” says Mond when I asked him for straight-up fitness advice.

Mond cautions that even with the praises, features, and endorsements, there are still other challenges to conquer. “I want to be the strongest version of myself. When I lost weight, I lost fat. But I wasn’t strong enough to play sports or lift weights. Sayang the weight loss if you don’t see the next phase.”

“My trainer would say that I should play sports because my build is naturally athletic. I’ve never heard that before because I’ve always been the chubby brother. It motivates me. It’s exciting.”

There is an insight to Mond’s approach that the photos don’t quite capture. “Fitness is not just about the physical aspect. It makes me more focused, ambitious, and goal-oriented. These things happen when you work out and feel good about it.”

“Compared to three years ago, this is the best version of myself I have ever felt. I am capable of doing anything. I’m beginning a new chapter in life, and I want to tell people that it’s not too late,” the 36-year-old says.

This Mond will carry the lessons from the disaster of 2020. “This was the time to value what matters most. Before, it was always: What’s my next goal? Where am I going to travel next? What brand am I going to close next? Now, I’ve affirmed that what’s important is the connection to your family.”

Don’t get it wrong. Mond hasn’t slowed down one bit. As things shift again, he’s ready. “I’ve saved some posts on my Instagram of destinations I want to go to.” He also points out the excitement locked within our shores. “What I also learned to appreciate is domestic travel. There are so many places in the Philippines I want to explore.”

2021 better gear up. “I feel like this year made me realize that I still want to do so many things. People say I’ve achieved so much. But I feel I am not done yet; I’m just starting.”