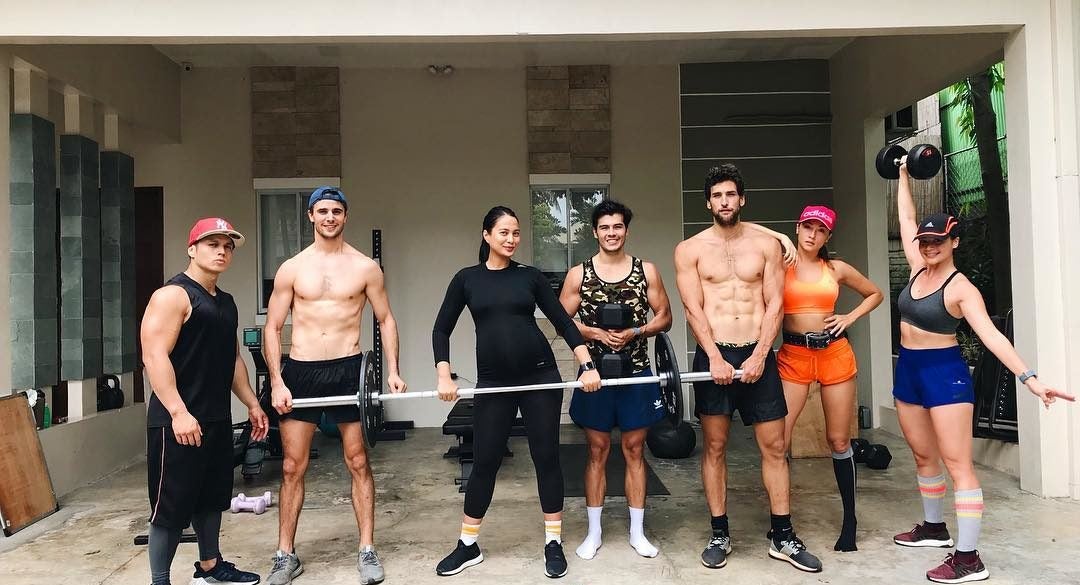 If you’re not following the hashtag #arnoldsarmy just yet, maybe you should. It’s how you’ll see Isabelle Daza and Anne Curtis complete their jumping squats and lunges or get a hint on what to do for that Raymond Gutierrez transformation. It’s how you’ll see the kick-ass routines created by Arnold Aninion. He’s the man who’s helped out Georgina Wilson defeat the baby weight, get Michael De Mesa ripped at 58, and Solenn Heussaff always look her sexiest.

It’s why when we got a chance to sit down and talk with Arnold at the launch of the new Fitbit Versa 2 and Fitbit Premium, we jumped on it. Consider this a cheat sheet on how you can get into better shape, just as the holiday feasts are coming up.

How did you start as a fitness coach?

I’m originally from New Zealand. I’m just a regular guy but I learned over the Internet about this rugby team called the Philippine Volcanoes. I’m a Filipino so I thought why not try that out but it didn’t really become a big thing. I then I got into fitness. I’m a bodybuilder by training so I started helping other actors get in shape. I then eventually started getting females to get in shape. That was something new for me, normally it was just guys. But at that time, the big booty was in and one of the first girls I trained was Diana Zubiri.

The one I really spent the most time with was Anne Curtis and Raymond Gutierrez. Then through Anne, more of the girls got involved. They were the ones who said we should have a name. Georgina [Wilson] said at first it should be “Arnold’s Angels.” I remember looking at Anne and Anne says, “It’s corny. I got it: Arnold’s Army.”

What is the most asked fitness question you get?

The number one question I get is “How do I get abs?”

What’s the ultimate secret to abs?

Have a good diet and exercise regularly.

Oh, wow! No one’s asked me that. When I was in Vegas, I was weightlifting. When I was there, I met this professional weightlifter. He said to me, trying to help me with a bench press and critical about my technique, “Remember, it’s not about much weight you move but how you move the weight.”

He just said that line and that’s one of the best pieces of advice I got. It’s more than form, it didn’t matter how much it was on the bar. It was how you moved it. It was something deeper. It didn’t matter what the exercise was, it was about your motivation and what’s your goal. What did I do leading up to moving the weight? I never forgot that.

What’s one food you won’t touch ever?

Snake. It’s so gross. All the other food like chocolate has its place, so I can eat anything I like without breaking my diet.

The best workout to do after a binge-fest?

Legs. Every time I go on a massive food fest and I overconsume, I train legs. I do squats, deadlifts, and leg presses. But if you do consume a lot of food and a lot of alcohol, rest. Don’t do anything because the liver takes a beating. If you go out, drink, and get hungover and workout the next day, I think that’s a formula that will essentially lessen your life span.

A lot tell me that they don’t mind training drunk but that’s the worst thing you can do to your body.

What is the best thing to eat before a workout?

One of the best things I like to eat before a workout is donuts. Fast carbs have their place in a diet. If you don’t have donuts, what can you have? There are supplements and fat burners. There are bananas and almonds. If you want straight-up energy, it’s a donut. Of course, not too much. There are some healthy donuts too. My favorite is Black Forest from Krispy Kreme. Just one, not a whole box!

What’s the best thing about your Fitbit?

I’ve been using Fitbit for three years. One of the best things that it has helped me with is dealing with sleep. I’m the worst kind of sleeper. I work all day long and I’m on this natural high even if I don’t take supplements or stimulants. Being able to track my sleep and look at my sleeping patterns and figure out what to do, really helps.

What’s your advice so people can maximize their Fitbit?

You need to look at the data and look what at your lacking in your life. Apply what the app recommends for your daily routine. Focus also on your goals whether losing weight, getting more sleep, or getting more things done. The app can help you with that and just follow through. Don’t just get the Fitbit so you have a watch. Get it so you can develop a lifestyle around it.

I listen to a lot of Tupac, Biggie, Petey Pablo,  and Drake. I love gangsta rap. I also enjoy some Justin Bieber nowadays. I love Latin music. I have the occasional ballads in there and love songs.

Which of your celeb clients is the most stubborn?

Erwan Heussaff. He doesn’t listen. Every time I give him an instruction, he tells me why he can’t do it.

Which of your clients is the most motivated?

What’s one thing you tell people to get them going on their fitness journey?

Exercise on a trampoline? A fitness studio dares you to try it

Slipping off the fitness train? Here’s what you need to get back on track