All their roads led to the Philippines | Inquirer Lifestyle ❮ ❯ 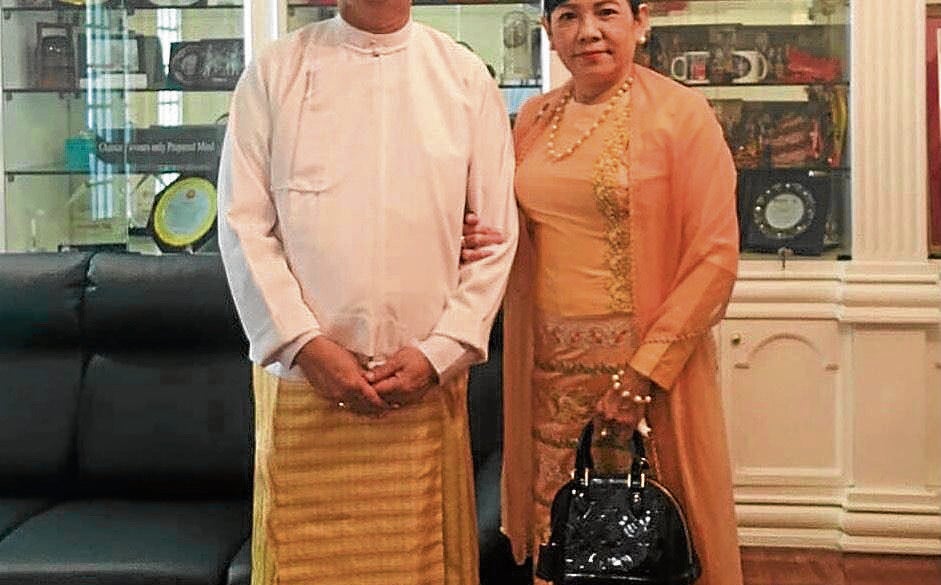 All their roads led to the Philippines

(Fifth in a series)

What led these ambassadors to the Philippines can be attributed to their upbringing as well as their natural inquiring minds. And as surprising as their posts may be for each of these diplomats, they face their responsibilities today with grace and a heart full of hope for their nation and ours.

Being a diplomat was never the childhood dream of Switzerland Ambassador Alain Gaschen. Growing up in Neuchâtel, a town of 30,000 people in the French-speaking region of Switzerland, what would eventually become a career involving four continents in a span of over 20 years started with the law profession. Then Gaschen moved to Zürich, one of Switzerland’s centers of innovation and excellence, located in the German-speaking area of the multilingual country.

While reading the newspaper one day, he noted an ad calling for more citizens in the foreign service. His curiosity and yearning to learn more about the world through new experiences led him to take the leap of faith and apply. “You deal with culture, you deal with politics, with economics and so forth. Above all, you see a lot of people and you meet people,” he explains.

His assignment in Manila is the first time he has been designated as an ambassador of the Swiss Confederation. He explains that since his arrival, he has looked forward to furthering the relationship between the Philippines and Switzerland by highlighting a wide array of topics. These include the Bangsamoro peace process, wherein Switzerland has a certain role, given its long history and values for peace and neutrality; promoting trade relations and economic cooperation between the two countries by maximizing the Free Trade Agreement between the Philippines and the European Free Trade Association, of which Switzerland is an active member; and espousing the Swiss values of solidarity and sustainability, as seen in corporate social responsibility and other projects.

Culture is also an important part of his work, with the relaunching of the Swiss Cultural Fund, foreseen to bridge our two countries even more. He also expressed interest in putting the spotlight on Switzerland as a champion of innovation, with an official embassy Instagram hoping to augment this message.

Meanwhile, Myanmar Ambassador U Lwin Oo’s path took him from the Air Force to the field of foreign service almost abruptly.

“Before my career in foreign service, I served various positions in the Air Force,” he says.

He was a fighter pilot, instructor pilot, squadron commander, commandant of the flying training school, deputy base commander, base commander, and chief of staff (Air) as major general. “During my service in the Air Force, I was conferred the Hero Award citation twice!”

Then, in 2015, he transferred to the Ministry of Foreign Affairs. From there, he served as ambassador to Nepal, Bangladesh and, today, the Philippines. During his tenure in Bangladesh, he participated in and led various bilateral mechanisms to resolve the so-called Rohingya problem, the most challenging issue of Myanmar. He played a leading role, from the initial stage of the agreement to several joint working group meetings, for repatriation. Simultaneously, he negotiated with tripartite partners China and Bangladesh at the ambassador level to resolve the issue.His hobbies include traveling, reading, writing and playing golf.

“I have published a novel and written more than 20 articles, six short novels in various magazines, journals and newspapers in the Myanmar and English languages about aviation and international affairs mostly,” he says. His spouse, Myint Thandar, is a former teacher.

Austria Ambassador Bita Rasoulian started her career in foreign affairs when she was 26 years old. From her first assignment in 1995 at the Department for European Union Common Policies and Single Market, she rose up the ranks of the Austrian Foreign Ministry to ambassador of Austria to the Philippines and Palau in July 2017. Prior to that, she was counselor at the Austrian Embassy in Caracas, deputy consul general at the Austrian Consulate General in Los Angeles, and deputy head of mission at the Austrian Embassies in Mexico City and Buenos Aires.

“Ever since assuming my position as ambassador, it has been my goal to further deepen the excellent bonds of friendship between Austria and the Philippines in a vast array of fields ranging from cooperation in the political and economic sectors to greater exchanges in culture and education,” Rasoulian says.

Increased high-level exchanges with the Philippines based on mutual trust and shared values have paved the way for the celebration of 75 years of close diplomatic ties between Austria and the Philippines in 2021.

No matter how the journey began for these ambassadors, their paths all led them to the Philippines. And in these most trying times, as the pandemic takes the country for a ride socially, culturally and economically, these ambassadors seek to aid the country move toward a brighter future. —CONTRIBUTED INQ