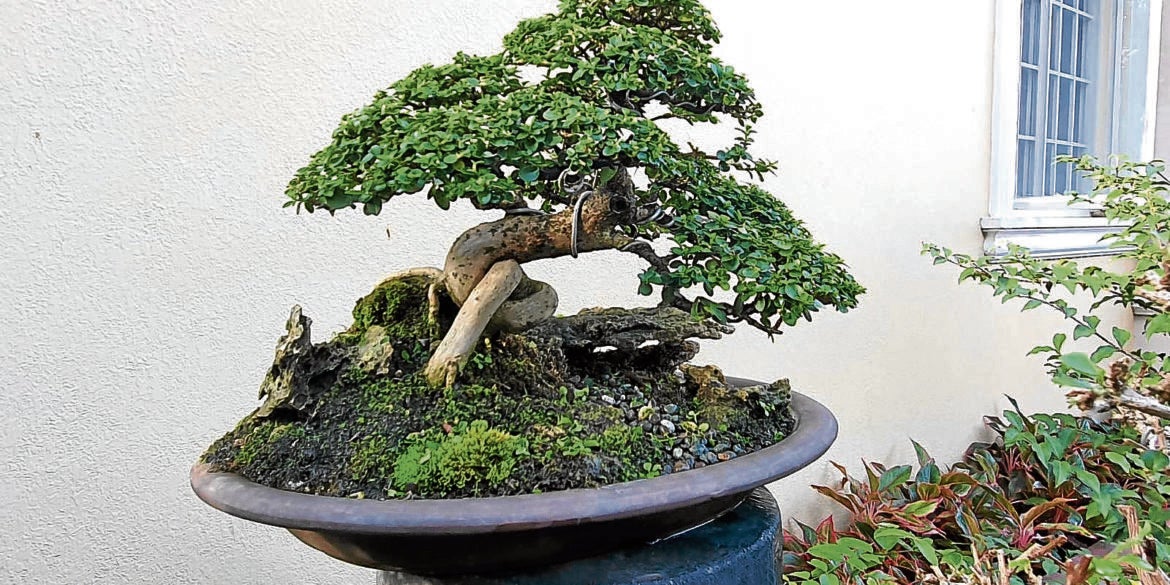 This ‘plantito’s’ stress reliever: A forest of bonsai trees

Long before the pandemic turned some people on to the pleasures of plant tending, one telecommunications executive was already growing a forest of bonsai trees in the backyard of his Quezon City home.

Yani Dayo developed an interest in bonsai over five years ago after he grew tired of looking at his empty backyard where only wild grass used to grow. He and his wife Sherry decided to have the 200-sq-m area landscaped in 2015 to make it more presentable and pleasing to the eye.

“After a few months, I wanted to put some accents on the landscape so I started looking for large plants or bonsai,” Dayo told Lifestyle in an email interview. He was shocked to find out how expensive bonsai can get.

“I was surprised that the cost of one medium- to large-sized bonsai ranges from P20,000 to P50,000, which cost almost the same as the whole landscaping project. I was put off by the prices.”

Fortunately, an officemate introduced Dayo to bonsai garden owner and seller Mel Maslog who showed him some early-stage bonsai plants that cost less and were well within his budget. Since they were smaller and less developed, they required time and careful tending—something Dayo knew he’d be able to give.

That’s how he began his bonsai obsession. With Maslog’s expertise—as well as the help of bonsai artist Marcing Salinas and staff who come in once a month to repot and wire—Dayo has been able to grow his collection to over 300 bonsai, some of them similar to those found in Japanese or Chinese gardens.

The lockdowns last year allowed Dayo to devote more time to his plants that include a potted miniature bougainvillea that burst forth with vivid pink blossoms last October. He trained the plant for six years although he reckons it’s between 10 to 15 years old. He also has potted argao, tugas (from the molave family), water jasmine and red balete.

Dayo’s plants come from as far north as Laoag in Ilocos Norte to General Santos in Mindanao. He buys the early-stage bonsai online and a few days later, picks up what look like shrunken tree stumps from bus stations.

“I have traveled to La Union, Pampanga, Tarlac, Tanay in Rizal, and San Pablo in Laguna to pick up live bonsai. Soil, fertilizer, limestones, wires, mosses and pots are from UP (University of the Philippines), Quezon Memorial Circle and Pampanga.”

On a trip to Japan a few years ago, Dayo brought home a couple of bonsai (red maple and Japanese black pine) that survived the trip, grew for a few months but eventually died during the El Niño weather. “I just charged the loss to experience,” he said.

He refers to his bonsai forest as his collection. “Some people collect cards, action figures, coins or cars but for the past five years, bonsai plants have become my collection. I love the idea of imagining the potential of each plant growing in a few inches of soil in a terracotta pot, and which will eventually turn into a majestic beauty even if it involves years of careful maintenance.”

For Dayo, growing bonsai is also a stress reliever. Watering them twice a day helps relax him and sometimes gives him time to think of ideas for work.

“I wake up as early as 4 a.m. to water them on weekdays before I go to work. When I arrive from work, I also water them even if it’s late, like 9 p.m. The joy and excitement it brings me when a newly planted bonsai sprouts leaves is something I look forward to all the time,” he said.