How spices fueled the most dangerous expedition in history | Inquirer Lifestyle ❮ ❯ 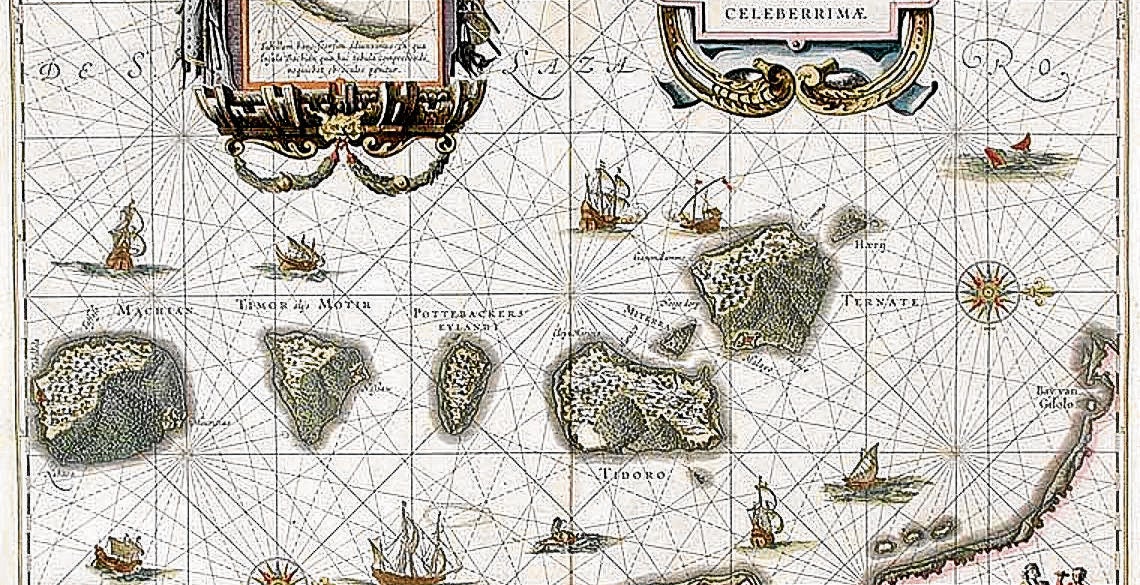 The value of the eastern spices was enormous. They were status symbols of wealth and prestige

It should now be clear that Magellan had never intended to circumnavigate the world. If he had not been killed in Mactan, he would have either stayed in Moluccas or in Cebu as governor and adelantado, or he would have returned to Spain through the Pacific.

The decision to complete the circumnavigation was taken by Sebastian Elcano in Moluccas. He decided to sail across the “Portuguese hemisphere” (Tordesillas treaty). If Elcano had not completed the circumnavigation, the name of Magellan would have never been associated with the world’s first tour around the globe. Magellan’s goal was to get to the Moluccas by sailing through the West. He had pretty much the same goal as Columbus some 30 years before.

Why the enormous interest to reach the Moluccas, risking danger and even one’s life? It is because in those islands that now form part of Indonesia, clove and other spices were grown.

The value of the eastern spices—pepper, cinnamon, nutmeg and mace, ginger and clove—was so enormous as to trigger the most adventurous and dangerous expedition in history. Spices were used as a food condiment and preservative. They were also used as medicines. Even magical powers were attributed to them.

We know that food condiments have always been very much appreciated. Salt has been so important to mankind that more than 2,000 years ago, it originated another very important word: “salary.” Roman soldiers were not paid with coins or notes but with salt.

The Roman emperor Augustus sent big ships to search for spices in India. The word spice comes from the Latin species, which means “especially valuated good in comparison with ordinary commodities.” In the first century B.C., spices were a luxury commodity. The split of the Roman Empire into two and its strategic position between Europe and Asia made Constantinople a crucial hub for trade between North and South, West and East.

From the seventh century A.D. on, the Arabs controlled Central Asian regions, the Middle East and the southern bank of the Mediterranean. They controlled the spice trade. They did not block it, however. Eastern spices could be found in recipes from the Middle Ages. In the gastronomy of Al-Andalus (the Iberian Peninsula territory controlled by Muslims) and Maghreb, spices were very important. That importance is still very visible in today’s famed Moroccan cuisine. Spices are essential elements in Moroccan medinas, or town quarters.

Spices reached enormous prices in European markets, not only due to their remote provenance, but also because of the multiple intermediaries and the multiple taxes levied by various territories. Historians now argue that the Crusades did not only have a religious target but also an economic one as well: to take from the Arabs the control of the spice trade.

Because of the Fourth Crusade in 1201-1204, a new power in the Mediterranean emerged: Venice. The Most Serene Republic gained control of the Mediterranean spice route. Arab power suffered a big blow when Baghdad, capital of the Abbasside Caliphate, was seized by the Moghuls in 1258.

But the two commercial routes—the silk and spice routes—linking Asia and Europe were cut when Constantinople, the world’s crossroad, was seized by the Ottoman Turks in 1453.

Spices became even more expensive and less accessible to Europe. Thus, finding alternative maritime routes to reach the east became a very important incentive for Portuguese explorers and seamen. Only they were established in India, they gained direct access to pepper and other spices, making unnecessary the role of brokers.

Magellan and Rui Falero had thought that the Earth’s diameter was shorter than it actually is; they concluded that the Moluccas fell within the Spanish hemisphere. They presented their idea to Charles I who was about to construct the biggest empire ever built. He approved Magellan’s plan and sent a fleet to the Moluccas.

Magellan’s men loaded cinnamon in Mindanao and white sandal in Timor, but the two ships that reached the Moluccas loaded there only cloves. Why not pepper and other common spices? Pepper was produced in big quantities on the Malabar coast in India and its price in Europe was lower than that of rare spices. Thus, Moluccas was important for Spain because of clove. Its price in Europe, and that of mace and nutmeg, also rare spices produced in the Banda islands, were very high. They were status symbols of wealth and prestige.

Despite losing four ships and more than 200 men, the Magellan expedition with only two ships returning to Spain was very profitable for the king and private investors. Tomás Mazon, who did research in the Archive of Indies in Seville, said the net profit was some 350,000 maravedis. The monthly salary of a ship officer was 2,500 maravedis, and all 35 surviving officers were paid their accrued salaries during the three years that the trip lasted. Total amount of salaries was over 4.1 million maravedis. Even the Moluccas native Juan de Pegu got his salary. Relatives and heirs of the crew members who died received benefits.

The spice trade has had an enormous importance in history, much bigger than it is commonly considered. It triggered wars, treaties, alliances, incredible exploits, discoveries. It fostered and accelerated knowledge of our planet. —CONTRIBUTED INQ

Javier Galvan, Ph.D., is an architect and historian and the director of Instituto Cervantes de Manila.