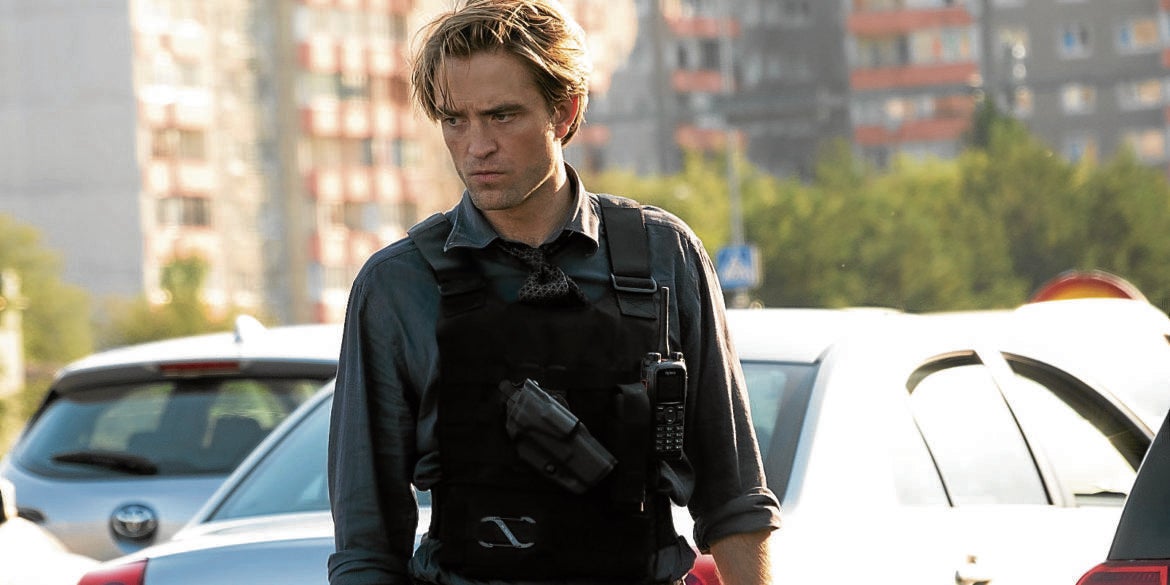 Enter the twilight world of ‘TENET’

The most complex Christopher Nolan film yet

Every film director Christopher Nolan has ever made has led to the making of “Tenet.” It is not only how time works in his films (“Inception” and “Interstellar”) but how time is perceived by the audience (“Memento” and “Dunkirk”) that come together in “Tenet.” “As I like to say about time, I’ve always lived in it, so I’m fascinated by it,” Nolan said to the press. “Having narratives that in some way explore the relationship between the way we perceive time in everyday life and the way we perceive time in a movie theater and watching a film… that’s always seemed an interesting place to play around.” In many ways, he has been waiting all this time for cinema technology to match the ideas in his head. It has finally happened.

“Actually, I think maybe this is the longest gestation he’s ever done for a film,” Nolan’s producing partner and wife Emma Thomas told Super. Nolan had applied his penchant for using practical effects as much as possible instead of computer-generated imaging, his preference for multiple locations and a mind-blowing twist or central premise to different genres (the heist in “Inception,” space in “Interstellar,” war in “Dunkirk”) and now he finally got to do it for the spy genre, something he’s always wanted to do. “I’ve always wanted to take on a spy film, but I’ve also known that I would never be that interested in just making the kind of spy film that I had grown up watching,” he said. “What I really wanted to do was find a way to reenergize it for the audience—to give them a reason to look in a fresh way, in a new way, at some of the tropes of the genre.”

“Tenet” revolves around what happens to a presumed-dead CIA agent with no name but tongue-in-cheek referred to as “the protagonist,” (John David Washington). He is recruited by a secretive organization together with an enigmatic partner named Neil (Robert Pattinson) to stop a Russian warlord, Andrei Sator (Kenneth Branagh), from destroying the world. At the heart of all this is a fictional but spectacular process called “inversion,” where time not only runs in reverse but can be used to wreak havoc. The only way to get to Sator is through his beautiful wife Kat (Elizabeth Debicki). The resulting plot starts off as an infiltration but ends up basically as a sci-fi war that will stun the eyes and boggle the mind.

It wasn’t easy—or short—making “Tenet.” “We started shooting at the end of May last year (2019) and we finished in the beginning of November,” Thomas said. “We went around so much, we traveled from country to country. Even on days we weren’t shooting, we were scouting locations. The locations are really great because when you move from country to country, there’s a sense of achievement when you finish.” They shot in California, London, Mumbai, Estonia, Oslo, Denmark and, everyone’s favorite, Italy’s Amalfi Coast.

“Tenet” is shot beautifully and kinetically, but it is a movie that requires your constant attention and analysis. The action scenes are even more impressive than anything in “Inception.” It isn’t as viewer-friendly as that film. The first few action scenes may be somewhat figured out but the spectacular climactic battle will require multiple viewings, slow motion and probably at least one IMAX viewing (recommended) to understand. Instead of his usual comrade in arms Hans Zimmer, Nolan collaborated with Academy Award-winning Ludwig Göransson (“Black Panther” and “The Mandalorian”) and it works. Washington makes for a compelling, stressful lead, Pattinson seamlessly continues his streak of choosing effectively quirky roles, Branagh hams it up mightily, but the revelation is the statuesque Debicki, who steals every scene she’s in. Thomas said she wants audiences to see it in cinemas: “It is truly an experience, which I think is what we’ve all been missing so much. I want them to be challenged and entertained. And I want them to be allowed to put aside what they have as a real world.” Ultimately, your mileage will vary depending on how well you understand inversion and the state of being “inverted.” Whatever your expectations, there’s surely something here you’ve never seen done before. It is the single most complex and ambitious film Nolan has ever done.

John David Washington is the Protagonist

Ironically, the most important character in “Tenet” isn’t named at all. This is extraironic considering Washington’s pedigree as the son of Denzel Washington (yes, that Denzel) and his work on HBO’s “Ballers” and in Spike Lee’s “BlacKkKlansman.” The 36-year-old Washington played football all the way to almost making it to the National Football League.Football actually helped him make it in Hollywood. Thomas revealed that Nolan had first noticed Washington on “Ballers,” and made a mental note to work with him in the future. “Really? Wow!” Washington tells Super. The training and physicality also helped him: “All of those life lessons I learned I was able to apply to this occupation. This was my first love. I learned to depend on so many people to be good at what they do.”

He did weapons and stunt training with a former SEAL team member. “I’ve never been through any type of thing like that before and I will take all the skills that I’ve learned for the next movie.” He has not been hesitant to ask advice from his father either. “I want to be able to fully experience the variety or capacity in my craft, be able to play different things and collaborate with different artists. Hopefully, working with more of the actors and directors I like, I’m hoping that I get the same opportunity.” Washington is true to his word, as you’ll see him next opposite Zendaya in the Netflix drama “Malcolm & Marie.”

If ever there was someone who endeavored to break out of typecasting, it had to be Pattinson who had been in two hit franchises, playing Cedric Diggory in the “Harry Potter” films and vampire Edward Cullen in the “Twilight” films. But he refused to be just a pretty face, carefully opting for very unusual choices that culminated in 2019’s “The Lighthouse,” Robert Eggers’ drama that wowed the Cannes Film Festival. Now, Pattinson is in a Nolan film. “He’s got a pretty flawless track record,” Pattinson says to Super. “And then I remember reading the script the first time and it’s just by far the most ambitious script I’ve ever read in my life. I met him in a very low-key environment, just had a cup of tea in his little office in his house, and then read the script like no one else knew anything about the movie, there was no talk about LA or anything. And then you read the script which is just the most enormous thing.”He should be excited for his much-anticipated upcoming turn as the hero in Matt Reeves’ “The Batman.” Pattinson’s Neil is a character to pay close attention to, and in the end, Pattinson is still kind of amazed at what they managed to do with “Tenet.” “You realize it’s this kind of incredibly intellectually dense movie that feels like just a magic trick that it’s even achieved in the first place, even on a script level, and then, you know, shooting it afterwards and realizing he can execute all these ridiculous spectacles,” he says. “It’s just something I think anybody would want to do. I’m not really expecting to feel anything like this again for the rest of my life.”

It would be impossible to walk out of “Tenet” and not remember the 6’3” Debicki. Debicki gives the best performance of her career as a glamorous woman trapped in constant danger. You may have noticed the Australian actress first in a supporting role in Baz Luhrmann’s remake of “The Great Gatsby,” but she really got noticed playing opposite Tom Hiddleston in the miniseries “The Night Manager.”

“I’m sort of interested in two things,” the 30-year-old Debicki tells Super. “One is the filmmaker, that’s super important to me, as an actor to be working with someone who I find, you know, very interesting, and that I think is going to challenge me and provoke me into whatever kind of performance that is, demands, something of me that I haven’t tried to do before. And I think that requires that you really trust the director you’re working with.” She loved working with Nolan, loved the travel but was shocked by how long the shoot took. “It felt like I didn’t come up for air for six months.”

The other criterion is that it be something new: “But the other thing in terms of roles, I mean, I kind of always am looking to do something that’s different from the last thing I’ve done. So, you know, I come from theater, and I really care very much about writing and the writing of the piece.”

She’s certainly not afraid of challenges: She will be playing Princess Diana on Netflix’s “The Crown.”

Perhaps it was only right that a Shakespearean actor like Branagh would start playing villains with menace and style. The man returns to play another Eastern European billionaire with an antagonistic agenda. It is his Sator that literally holds the key to “Tenet.” Yet perhaps the biggest challenge for this veteran thespian was physical, because of the high-speed catamaran race scene in Italy. “There was sailing at a speed and a level that I never cross. I’m not somebody who sails,” he says to Super. “And so to be in one of the world’s fastest racing yachts in a very, you know, fierce wind was exciting, exhilarating and to be perfectly frank rather scary, but definitely that one’s been ticked off my bucket list. To try and try to act in the middle of it was something of a challenge for me but I hope I did that. There were, you’ll see because of the way that time is played with, some really pretty unusual physical demands that have to happen that happened on set. They’re not visual effects, as you know Chris Nolan is not somebody who wants to rely on visual effects. He likes things happening in camera, so sometimes that involves some physical work, which is very unexpected. So, a lot of people went to the chiropractic during this production. And I was one of them.”

This is the second time he has worked with Nolan after “Dunkirk.” “I think. Christopher Nolan is unique because he can make blockbuster films that seem like they’re very personal. He can. He has an individual vision. I think you’re going to be able to write a novel, it’s a page-turner that you definitely get immediately. It’s visceral, it’s relentless. It’s energized, it’s exhilarating. It just leaves you jittery afterwards but you know it’s very enjoyably so and so. But nevertheless, it’s multilayered so you just want to keep going back.”