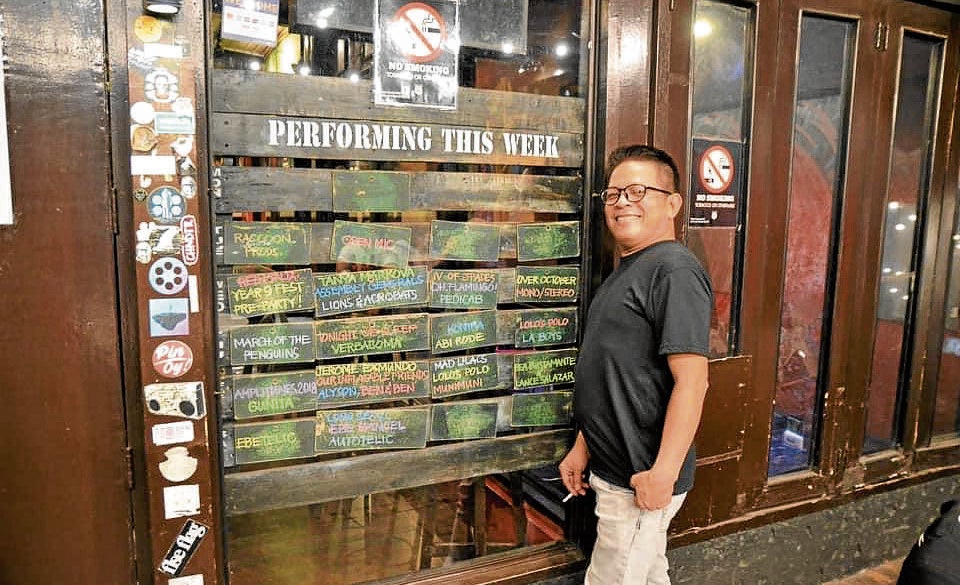 Madz of Route 196 needs your help

If you’ve ever hung out at Route 196, Madz Ofalsa would be a familiar face. As the bar’s supervisor and head staff, Madz went above and beyond his duties in making sure that everyone who walked into those doors (or chose to chill outside) was having a good time.

Whether it was a quiet night of acoustic performances or a crazy packed rocking one, Madz’s level of service didn’t change. He and Route’s waiters were attentive, making sure your orders of beer, pitchers of LTO, and trays of deviled chicken and garlic and cheese pizza kept coming.

Madz is loved by both Route 196 regulars and the many musicians and bands who have found a home there. In fact, when Route 196 had to shut down in August—one of the most heartbreaking casualties of this damn pandemic—most of the tributes posted about this OPM landmark mentioned Madz.

“Madz Ofalsa—the best and most friendly bar manager.”“Who would not know Madz?”

“Sir Madz, I love you forever.”

Production organizers praised him for being a joy to work with. The different generations of Route owners loved him, too. Kelvin Yu described him as “hardworking and loyal.” JP Balboa called Madz “ever reliable” and “the ultimate loyalty awardee.” He wrote, “Yung asikaso mo sa mga banda at customers ang dahilan kung bakit nagtagumpay ang R196!”

When Route 196 closed, many of us lost a hangout place, a venue we went to for live music, a stage where we played many memorable gigs. But Madz lost his job, his means of supporting his family. Madz, who has seven kids, had been working there since the ’90s, back when Route was still called Border Grill.

I’ve known Madz for 13 years now because I’d been a regular at Route 196 as a customer and a band member. Everything people have said about him is true—Madz is a great, great guy, even when it’s already 4 a.m. and you still won’t get out of his bar.

Life hasn’t been easy for Madz since Route 196 closed. And not just because he lost his livelihood. On Dec. 29, 2020, he was hospitalized. He underwent appendectomy and hernia surgery the next day. He spent New Year’s in the hospital and was sent home on Jan. 2. But his medical troubles weren’t over.

Meanwhile, the bills keep piling up. Madz still has checkups scheduled and he has medicines that he needs to take every day. The medicines used to cost him P500 a day, now they’re down to P250 a day.

But for now, he has no choice but to stay home, recover and hope that people would be willing to lend a hand. “Dito lang po ako sa bahay magpapalakas. Kailangan ko po talaga ng tulong sa mga taong may mabubuting puso.”

And if anyone in the food and beverage industry needs a stand-up, reliable, trustworthy employee, Madz is your guy. Just wait a little for him to get better.