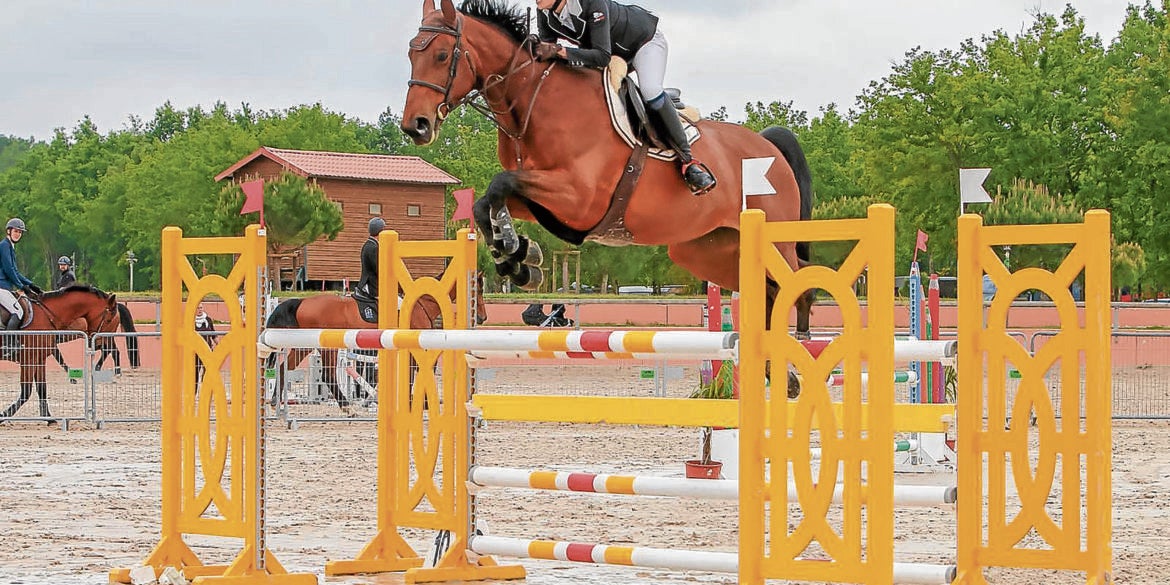 Jan Catherine Sy would be better described as a “multipotentialite” with a purpose-driven life than an heiress who is also the face of a corporate social responsibility program—though of course, she is all that.

The daughter of Henry “Big Boy” Sy Jr., chair of integrated property developer SM Prime Holdings and vice chair of residential developer SM Development Corp. (SMDC), she might seem like a shoo-in for an executive post in the family business. However, she is resolute about creating her own identity even while making a contribution to society.

Prevailing visuals in this Zoom interview said a lot about Sy, SMDC AVP/project director. The camera was poised in a corner of her room, which is also a recording studio. The olive green wall is set off by yellow foam acoustic panels. Long hair, currently brown ombré, framed her chiseled face.

“I love craft work,” she said. “In high school, I did welding. I’ve been painting and renovating here.”

She had ordered the acoustic foam—“cheap,” she said— online for music recordings, repainted the walls and built a shelf from found metals. Since the quarantine, she has been her father’s personal assistant, working from home now after setting up his IT requirements.

Asked if Zoom fatigue has ever set in, the 29-year-old replied, “I didn’t grow up on computer games; I’m not used to staring at the screen. I was the kid who played outside and climbed trees.”

No bed of roses

A natural horse lover, Sy often insisted as a child that her father take her trail riding. At age 7, she had a bad fall on rocky gravel, an accident that left her scarred. Her dad enrolled her in formal riding lessons with accredited instructor Mia Virata at the Manila Polo Club. In 2005, at age 13, she started competing locally.

As a student in Westmount College in Santa Barbara, California, a few years later, she joined the low-goal polo team and realized that she got the biggest adrenaline rush from show jumping—specifically, the thrill of staying stable atop a speeding horse, the sudden change in movement over a jump—and riding eager and frisky bucks.

Henry Jr. allowed her to compete in Europe in 2015 after graduating with a degree in Business and Economics (2013). With Virata helping her make informed decisions, Sy opted to train in France, the world’s top equestrian nation and host of the sport’s biggest international events.

Life in Le Mans (the city famous for car races) was no bed of roses. She stayed with her coach and his family in a forested area near the stables and equestrian center.

“People thought I had a glamorous time in France. I hardly even saw Paris (two hours away); I was in the countryside,” she recalled.

Without a groom, the equestrians looked after their own horses. “I got up at 6 a.m. We were at the stables at 7 to clean up, change the beddings, feed the horses and keep them fit… The horses were always top priority, so we sometimes forgot to eat.”

While working with her elite horses, she became savvy in conversational French, since English was uncommon in the northwest.

After 18 months, Sy was more confident about her riding skills, attuned with her horses’ dispositions and comfortable with the rhythm of training and high-level competitions.

She considers the 2017 CSIO (Official International Competition) in La Baule as her equestrian career highlight. “I won ribbons but I also had fun,” she said.

At Concours de Saut de International in Golra Minore, Italy, it suddenly snowed in sunny weather, leaving ice on the ring. Nonetheless, Sy ended up among the top contestants.

Like most equestrians, she faced a variety of occupational hazards, such as falling off her horse. She once broke a collarbone, which had to be replaced with titanium. It took a month before she could ride again.

Sy continued to compete after joining SMDC in 2018, flying off to Europe for a few weeks each time throughout 2019. The pandemic disrupted the competition circuit, but she continues to ride Ducasse, a Dutch Warmblood, in the family farm in Laguna.

It’s clear that the discipline of her sport prepared Sy for the corporate world. “You learn teamwork, how to be strict yet kind, put others’ needs above yours, and function with grace under pressure,” she said.

In truth, she never felt compelled to join the family business, and was in fact encouraged to strike out independently.

However, her famous surname invariably pulls up a link to the late visionary taipan Henry Sy, her grandfather. On top of his vaunted resilience in business, it was his example of conducting business, where everybody benefited equally, that impressed this granddaughter most of all.

She related an indelible memory from her 12th birthday: “I was picking at the cake when my grandfather saw me. I was afraid that he’d scold me. Instead, he sat down and started to pick at the cake, too.”

She recalled an anecdote about how diligently Henry Sr. set money aside for savings. “It’s pretty crazy, given our spending habits today.”

Henry Jr. has acquired the humility of the late patriarch, which the younger Sy likewise admires. Equally fascinated by her father’s endeavors and innovations, such as offering quality spaces and condo amenities at affordable prices, she has found work at SMDC aligned with her personal ideals. As project director, she is involved in land acquisition for projects, marketing and sales, construction and turnover.

She describes SMDC’s corporate culture as being transparent, with communication lines that foster connection and understanding.

“It’s not about, ‘I have one project and you have another, and now we compete.’ My dad is open to anyone at work attending design meetings. He would ask even the lady serving us water what she thought of a design that is being discussed. I find this consultative effort wonderful. We all listen to one another. Yes, we are disciplined about deadlines and finances, but we maintain a relaxed atmosphere in which we can stay creative in finding solutions to problems. I learned that from working with my dad.”

In 2019, Sy and her team launched The Good Guys, a term that her father coined for programs in SMDC Residences around the country. Collaborating with government agencies, The Good Guys started with Protect Our Community, a series of programs that trained individual residence staff members to guard the properties against crime and fires, and prepare them for natural disasters.

When markets were shut down, The Good Guys organized Weekend Market for SMDC communities, working with SM Foundation and Kabalikat sa Kabuhayan, which helps 26,000 farmers from Pampanga and Benguet.

Sy’s drive to help is a fruit of her spiritual grounding. “We are each called to do something,” she said, stressing that her first calling was to follow Christ. She mainly echoed His examples of love and forgiveness, she added, by integrating His teachings in her own life. “When I forgive, I arrive at a place of peace and joy and I’m better able to help others.”

She credited her parents for raising her and siblings Jessica and Henry III in a spiritual environment. Her father hosted Bible studies and quietly donated to charities. Her mother, Jasmine Tamesis Sy, a specialist in dermatology and immunology, brought the children religiously to Sunday school.

Sy and her friends balance their spiritual study with nature trips. An inveterate camper, she has camped out in California’s Yosemite National Park. More recently, following health protocols, they headed to the boondocks of Rizal and went surfing in La Union. A lover of the sea as well, she has surfed in Hawaii, The Gold Coast in Australia and Baler, Quezon.

These days, Sy’s home is the heart of her further forays into creativity. Her other indoor projects have included a mural painting and the renovation of a corner in Henry Jr.’s home office. Even her surfboards are artsy canvases, and she’s also tried digital painting. Then there’s her interest in cooking, which has been put to good use in preparing her keto diet and plant-based meals.

Her room/recording studio is designated for collaboration work with members of her band, WeekDaze. “I sang before I learned to talk,” she said. “I found some talented musicians in my work space and we got into songwriting.”

Sy is one of three vocalists of WeekDaze, and also plays the piano and guitar.

Declaring 2021 a year of newness for herself, she credited Henry Jr. for lessons in introspection.

“My dad taught me to be constantly on the lookout for any problem that I can help solve. There exists at this time a continuous search for solutions that everyone can work together on.”