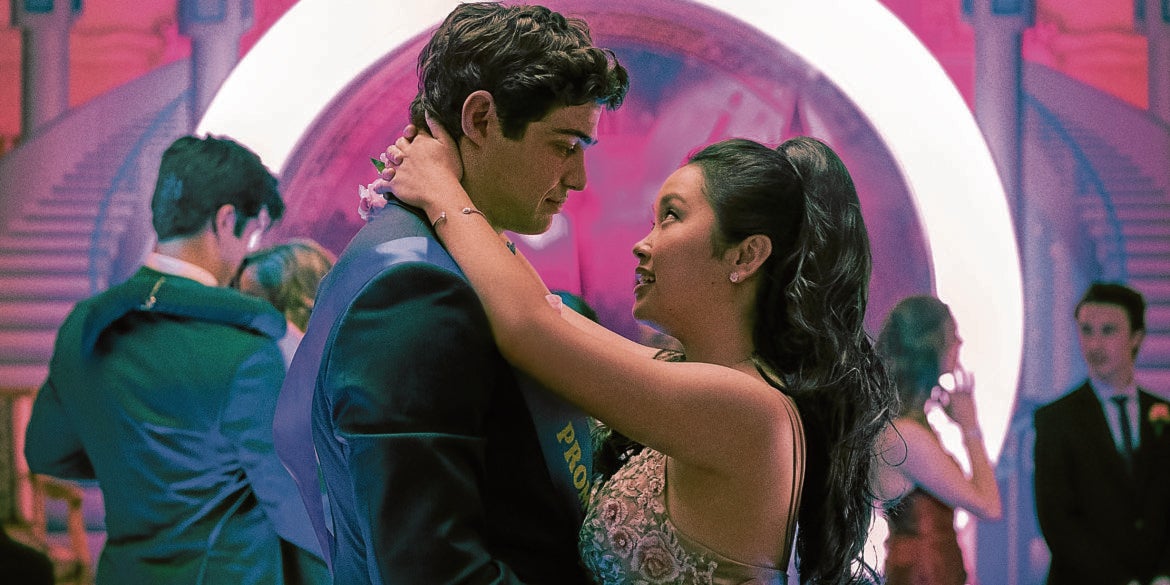 Noah Centineo and Lana Condor say goodbye to the characters that propelled them to fame.

Noah Centineo’s next dream project is to work on a children’s show.

“I was always fascinated with shows like ‘Blue’s Clues’ and ‘Clifford the Big Red Dog.’ I’m really interested in that, whether it’s YouTube or animated shows for kids,” he said during a Zoom interview with the Philippine press last month.

Everybody’s boyfriend looked comfortable sitting on his couch and gray hoodie. He has grown his facial hair and he let his curls grow wild, too. Super asked if he ever responded to Lana Condor’s letters when he wrapped filming for “To All the Boys: Always and Forever.” The actor said that he did write her back.

“Yeah we exchanged letters, like, I think a month ago. It was so kind and it’s nice. I think we’ll always be in each other’s lives. I feel extraordinarily lucky to have worked with her,” he said

Condor talked about the letters during the set visit for the film two years ago. Condor said she wrote Centineo a goodbye letter to thank him when he wrapped filming for the film. We got to ask the actress about those letters again.

“My letter was so much better than his. OK?” she said laughing. The actress looked bright, cheerful and every inch a professional in the interview. “I poured my heart out. I was witty, thoughtful, emotional. His was just funny. He talked about his favorite memories between the two of us. He brought up the things that annoy the heck out of me.”

Condor added that Centineo also told her that he loved the “relationship that we’ve cultivated and the friendship that we have. He knows that I always have his back. No matter what.”

The actors and the production crew have worked together for three films. Centineo said that it is the people he worked with that he will miss the most.

“I think I’ll just miss the people and I’ll miss not being able to deliver more projects to the same exact fandom,” he said. And if there’s one more film about Lara Jean and Peter Kavinsky after the third film, Centineo said that he thinks Matthew McConaughey should play Peter.

At one point, he was asked what was the best text message that he got in his life. He opened up about a very emotional time in his life. He shared how one of his oldest friends had surgery and went into a medically induced coma.

“We weren’t sure if he was going to be alright. I had faith that he would be, but you know, you never know what with those things. Then, I got the text that he was awake and he was OK. That’s probably the best text I ever got,” he said.

Author Jenny Han said that she never got to say goodbye to Centineo personally because she wasn’t with him when they wrapped the shoot. But she was there for Condor and the rest of the cast when they went to Korea. She said that it was the most memorable thing for her because she was able to show to the cast and crew what Korea was all about.

Super asked if she handpicked the locations in Seoul that were used in the film, especially the 2D cafe. She said she consulted with a friend on where the cute places in Seoul are. Her friend told her about the 2D cafe and she begged the producers to include the location when they were scouting for locations.

“Yes, thank you for asking me,” she said. “I was so pleased when they ended up making the movie. I think it’s, like, so charming and so cute, and yeah I felt really lucky for that.”

Super asked if she thinks Lara Jean married Peter Kavinsky in the end.

“You know what? I don’t know because for me, as the author, I kind of feel like my job is done once I’ve finished the book. They’re kind of continuing to live on as characters in other people’s heads,” she said. “I’m not there to direct or write the story. I feel like anybody’s guess is as good as mine. I mean I have my own theories, but until I sit down and write a new one, I wouldn’t know because I often feel like writing for me is like uncovering fossils and, you know, you never know what you’re gonna get.”