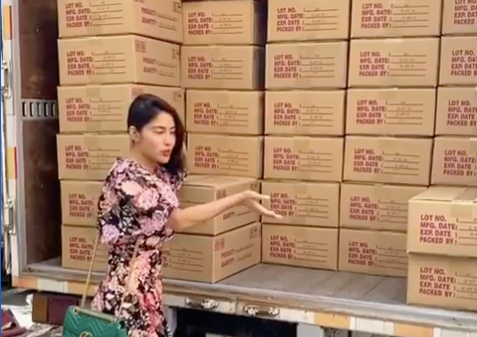 Former Wowowee host and businesswoman RR Enriquez has not always been wise in her business choices, as she admitted she made a huge mistake in ordering milk tea worth P6 million.

Enriquez’s revelation came when she talked about it on her Instagram page last Thursday, Feb. 18.

She said that she is talking about this mistake so her fans and social media followers would learn from it, and would avoid doing the same in the future.

“Para kapag naisipan n’yong mag-business, maiwasan n’yo ‘yung ganitong pagkakamali,” she stressed. (So that when you get into business, you will avoid this kind of mistake.)

(And then, boom, people did not go crazy over it, unlike [with] Cryolipo coffee. Correction, [the milk tea had] good sales and I was sure it would all be consumed, but I needed to wait. Unlike with coffee; as soon as it is delivered, it gets sold out.)

She thus advised her fans and followers thinking about doing the same business to try their hand with smaller orders, for example, with 5,000 pieces first.

After her Wowowee stint, Enriquez ventured into a skin care business in 2012, ReJuva Skin Care and Nail Spa, together with her boyfriend Jayjay Helterbrand. She also opened her Cryolipo Coffee by Rejuva. JB