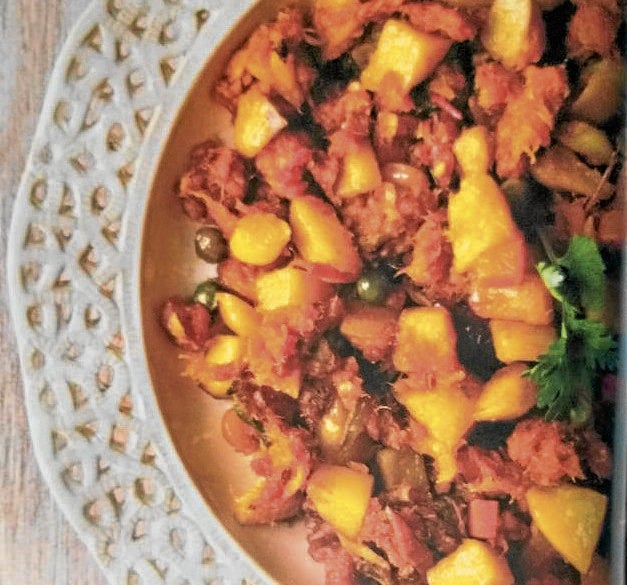 Why do Filipinos eat processed fish, not fresh, during Lent?

Growing up with Lola, there was really nothing special I remember of her Holy Week menus. What I remember were the negative musts. No eating meat. No noise. No taking a bath on Good Friday. No swimming on Good Friday or the siokoy (merman) will drown you. Listen to the Good Friday Seven Last Words.

Seafood was present every day on our table. So abstinence really wasn’t a sacrifice. Maybe Lola should have withheld the tinapang kapak, a specialty of her home province, Bataan, which were small smoked banak (mullet) so we would know what foregoing a favorite food can be like.

That is why, when friends reminisced about the Lenten fare of their families, what many talked about were not fresh fish but salted, processed or preserved fish.

Take bacalao. I never knew dried salted cod existed until I wrote about food because my Lola never cooked it.

An expensive product because it was imported, this would be immersed in water, the water changed for several days to desalt and make it pliable.

Felice Sta. Maria, writing about her mother-in-law’s way with bacalao (Filipino Cod Stew, “Slow Food,” Anvil Publishing, 2005), warned that one must taste the desalted bacalao and continue with the process if it still tasted salty because the taste cannot be corrected even if one did not add salt in the cooking.

But in Cavite, Ige Ramos wrote in his essay on the Chavacano Bacalao (“Republic of Taste,” 2018), that dried fish such as labahita (surgeonfish) was a substitute. When we talked about the dish

recently, he said that while there was so much fresh fish available, those were forgotten for the dried fish.

I suppose fresh fish was usual, everyday food. And during Holy Week, fishermen don’t go out to catch fish.

In Santa Rosa, Laguna, my friend Chit Lijauco said they ate burong isda (fermented fish) but she couldn’t remember what kind of fish. Buro was a way to preserve fish with rice and the Tagalogs used angkak or red yeast rice to help in the fermentation process and to give the buro a red coloring.

In Angono, I was told by the late Digon Vocalan of Balaw Balaw Restaurant, that they cooked sardines in tomato during Holy Week. They made it into soup, as pancit, as part of a vegetable dish.

Glenda Barretto of Via Mare said that in her Samar hometown, they cooked sardines with patola (luffa) and miswa (thin wheat noodles).

One thing about canned tomato sardines, you don’t have to add any flavoring because the sauce, at least to me, is so tasty.

A more recent recipe in Bulacan used flaked tinapa or smoked fish with kesong puti strips then rolled in a lumpia wrapper and fried.

Vegetables were also a mainstay during Lent as long as no meat was added. Monggo guisado or sauteed mung beans was one of those but in some households this dish was cooked not only during Lent but every Friday of the year.

In the book “Cuaresma” (Bookmark, 2000), the chapter on Lenten fare, had a picture of the grounds outside the Carcar church in Cebu with fish dishes donated by fishermen’s wives to the Church.

The chapter also contained another important tradition during Lent—the caridad. Its name in Spanish means “charity.” These are food stations set up outside the donor’s house to help rejuvenate devotees who join the procession and other rites. The usual fare was sweetened root crops, beans and fruits, ginataan (cooked in coconut milk) and fruit juice with water.