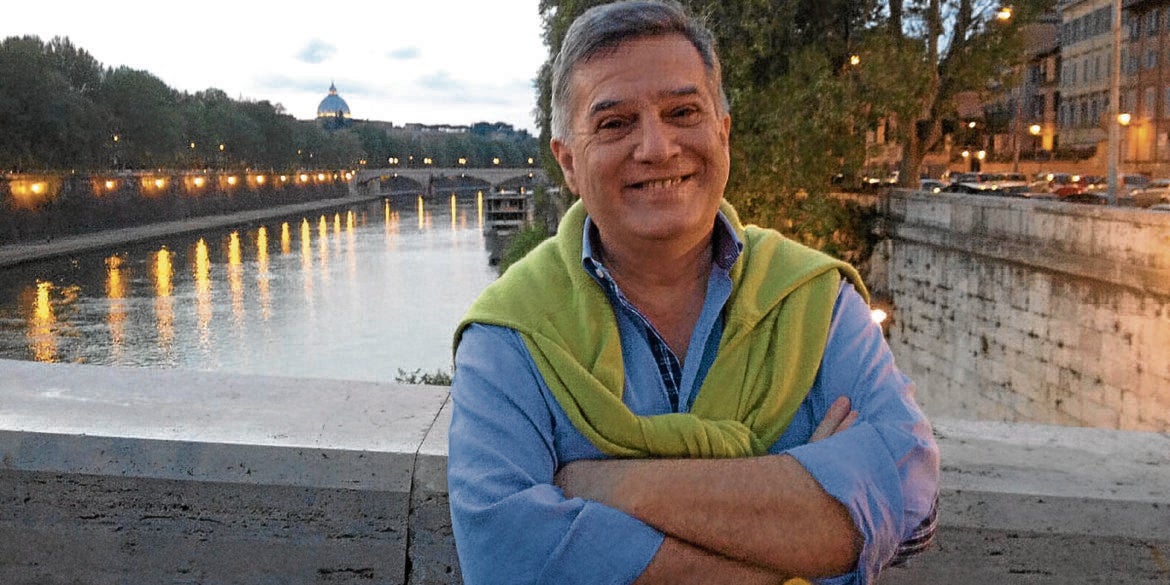 These ambassadors share a common love for the Philippines, but for different reasons

The ambassadors of Italy, Sweden and Finland all share a common love for the Philippines, but for different reasons.

The friendship between Italy and the Philippines was always founded on passion. Both countries share a deep love for the small pleasures in life—from food and family time, to appreciation for the arts.

It was the latter that secured Italy Ambassador Giorgio Guglielmino’s love for the tropical islands.

“Filipinos are evolving in how they look at art, especially contemporary art. It’s been a fascinating journey being with Filipinos and how they view aesthetics,” he said.

Guglielmino is a known art enthusiast, having written and published several books on contemporary art. His most recent, “The Originals: 30 Artists that Shaped Contemporary Art,” was released in Manila in January 2020.

He was appointed ambassador to Dhaka before being transferred to the Philippines.

In the years since his appointment, he has fallen in love with the country. “No matter what happens to Filipinos, they always have a smile on their faces,” he said.

Sweden Ambassador Harald Fries was no stranger to the Philippines. His first time in the country was in 1985, when he started courting his future wife, Susan Batungbacal. They met in Stockholm, where they both worked for the Swedish telecoms company Ericsson.

Since then, Fries has visited the Philippines annually. His first diplomatic posting, in 1991-95, was in Manila.

“You can imagine how delighted my wife and I were when I was offered my second posting to the Philippines. A dream come true,” says Fries.

When Fries arrived in the Philippines, his main task was to reopen the Embassy of Sweden in Manila that had been closed since 2008. They aimed to promote trade and investment exchange between Sweden and the Philippines.

Since then, Fries reports that trade has increased significantly.

In fact, the embassy looks forward to the opening of Swedish Ikea’s first store in the Philippines later this year. It will be the biggest Ikea store in the world.

The Philippines also reopened its embassy in Stockholm this year.

“That is a very welcome development. With embassies firmly in place in each other’s capital, we can do much more to further strengthen the relations between our two countries,” says Fries.

Finland also reopened its embassy in Manila, albeit more recently, in September, and Ambassador Juha Pyykkö feels lucky to be the first Finnish ambassador here since it happened.

Pyykkö arrived in Manila in November, in the aftermath of typhoon “Rolly.” This year, his wife, Riitta Laakso, and their sons Emil and Pepe, will join him here, as Ester, their eldest, continues her studies in London.

Pyykkö is no newcomer to Asia, and more broadly, Oceania. His previous postings include Bangkok, Canberra and New Delhi.

Prior to Manila, he served as envoy in Athens, covering both Greece and Albania.

“The story of Armi Kuusela and Gil Hilario is still well known in Finland,” Pyykkö shares, referring to the Miss Universe 1952 who married a Filipino.

The envoy’s late father attended the same school as the Finnish beauty queen in the 1940s, and stories from those days are still fresh in his mind. “This feels like continuing the Finnish-Filipino story I had heard from my father in my childhood.”

According to the ambassador, there are three main grounds for Finland to reestablish its official presence in the Philippines: untapped business opportunities, strengthened consular and immigration services, and a foreign and security policy analysis in this geopolitically and geo-economically important and interesting region.

Due to the pandemic, Pyykkö has not been able to explore the Philippines as much.

Still, he says that it was gratifying to experience the pre-Christmas season in Manila.