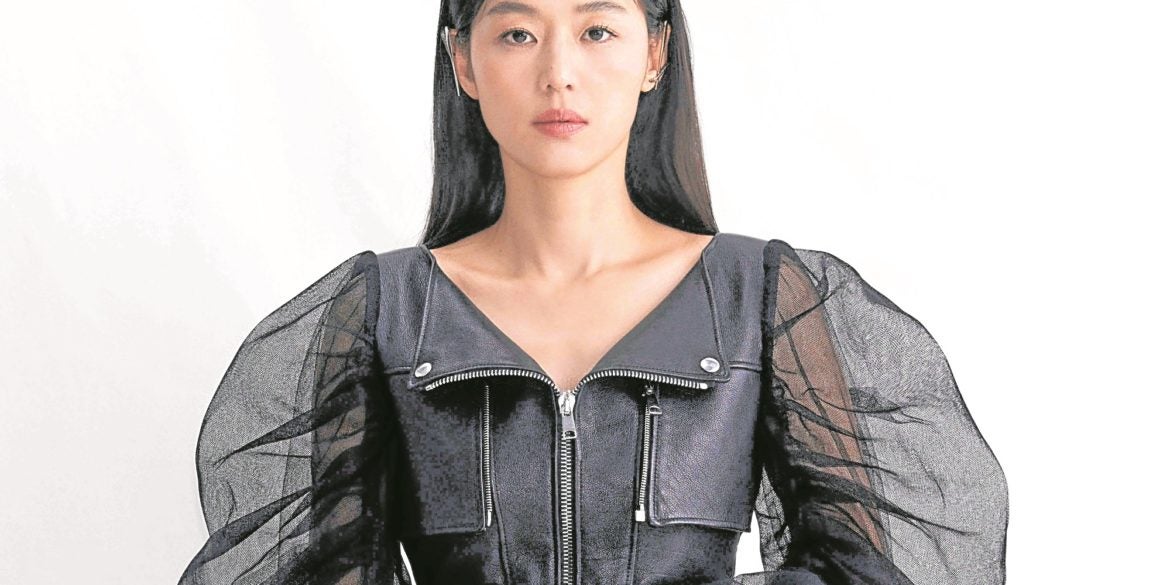 Jun Ji-hyun in a biker jacket with exploded sleeves, peplum in black tulle and skirt in blush tulle

Two decades after the debut of the new Alexander McQueen ambassador, Koreans still obsess over whatever she wears

Jun Ji-hyun started out as the “Nation’s First Love,” a title given to young Korean actresses known for their girl-next-door beauty. But Jun, also known as Gianna Jun, has transcended that title. She has become one of Hallyu’s top celebrities.

She was Korea’s first crush in “My Sassy Girl” (2001). Years later, fans still recreate scenes from the film. When her contemporaries in Hollywood were being offered roles of mother of the leading lady, Jun played a mermaid opposite Lee Min-ho, six years her junior, in the drama “Legend of the Blue Sea.” People loved her chemistry with the A-list actor.

Before that, she was the lead in “My Love from the Star,” opposite another younger actor, Kim Soo-hyun. In that drama, she famously sold out a lipstick from a luxury brand because women wanted what she was wearing.

Koreans obsess about whatever Jun wears and endorses. She started a trend of white puffer jackets when she endorsed one. Her trust rating is so high that she was dubbed “Commercial Queen.”

As entertainment royalty, she has the luxury of choosing her projects, such that fans were surprised when she made a cameo at the end of the Netflix zombie series “Kingdom.” It turned out to be an introduction to her character in “Kingdom: Ashin of the North.”

Jun plays the titular lead in the upcoming series, which is in postproduction and will premiere this year. “Kingdom” writer Kim Eun-hee described Ashin as the “key to the resurrection plant.”

Jun remains relevant. Two decades after her debut, brands still want to be associated with her name. She was recently named Alexander McQueen’s ambassador in Korea. She’s seen here in the brand’s key looks for Spring/Summer 2021.

Such is the staying power of Jun Ji-hyun.