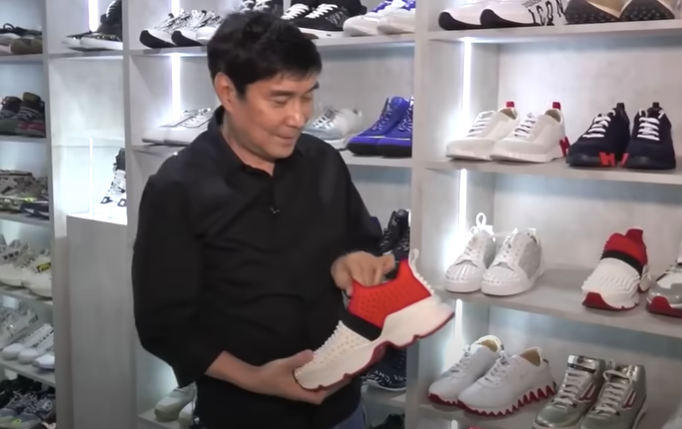 Raffy Tulfo to auction off designer shoes, clothes for charity

Broadcaster Raffy Tulfo announced that he will auction off his collection of designer shoes and clothes to give the proceeds to charities.

He said that he’s going to sell his shoes and clothes online and all the earnings from the sale will go directly to charities as Tulfo will create a calamity fund.

(I will create a calamity fund and from there I will source money to buy relief goods, which I have been doing in the past but I will do now with this new project, for me to share with you what I have worked for.)

Tulfo assured that his merchandise will be affordable. Among the items he showcased from his shoe collection were Louis Vuitton, Balenciaga and Gucci pieces, admitting that his favorite is his Balenciaga shoes.

He revealed that he likes elevated ones because some fans who request for selfies are taller than him. He also shared an anecdote about how he made himself taller while he was in high school in Palawan.

(We were near a warehouse of soft drinks. It had old compartments which had been disposed. I would get the compartments, the square ones. I piled them up and put them in my shoes so I would be taller.)

He then narrated that he borrows shoes from his brothers, and that he used two or three socks in one go, and stacked pieces of paper inside his shoes, to make himself look taller.

Other designer brands that make up his apparel collection were Givenchy, Dior, Hermes, Dolce & Gabbana and Christian Dior.

He also revealed that his wife Jocelyn bought him four clothes when he was courting her, as she noticed that Tulfo was wearing the same clothes, which included just a few shirts and pants.

Kris Aquino, after experiencing Raffy Tulfo’s ‘gentlemanly’ ways, wishes for a show with him