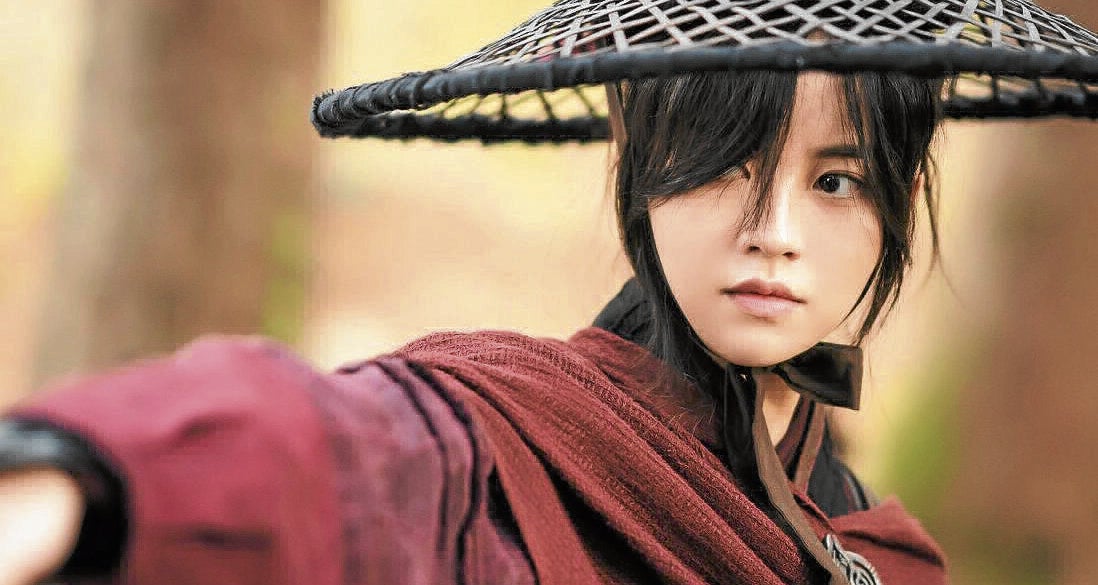 “RiverWhere the Moon Rises” has replaced its male lead midseason but KimSo-hyun remains its constant. —VIU

Serial killers, mafia lawyers and people from the future: Every day K-drama offerings

There’s a K-drama worth waiting for every day this month. We do not exaggerate. New episodes of dramas are dropped every day. It’s like 2016 all over again when “Goblin,” “Weightlifting Fairy Kim Bok-joo” and “Legend of the Blue Sea” were all airing on the same week. Watch them on the day they air or wait for the weekend to binge on them, just watch them. This quarter’s drama are bound to become classic.

We followed the schedule of the dramas according to the days they come out locally.

“River Where the Moon Rises”

The series will forever have the notoriety of having the male lead replaced mid-season. Ji soo’s bullying scandal has cost him his role as On-dal. Na In-woo who gained popularity in “Mr. Queen” takes over his role from Episode 7 to 20.

But despite the controversy, more people are tuning in to the Goguryeo love story of On-dal and Princess Pyeong-gang. Koreans are very much familiar with the folktale but the series gives it a fresh take.

Kim So-hyun as a warrior princess is divine. She plays three roles in the show–the queen mother, the Princess Pyeong-gang and the assassin Ga-jin. We’ve seen her do sweet and innocent roles in the past. In “River” she shows her fierce side, too. She looks glorious as she wields her sword.

The series is not perfect. There are some loopholes in the story. For example, how can Ga-jin easily penetrate the palace to enter a royal’s bedchamber. Are the royal guards so lax in their duties? But for all its faults, there’s charm in the way the young couple fulfill their destiny together.

In the Greek mythology, Sisyphus was punished for cheating death by making him roll a boulder up a hill only for it to fall down when it’s almost at the top. Cheating death is impossible?

Park Shin-hye plays Seo-hae. The girl who risks her life to go back to the past so she could save people in the future. She can do this if she successfully protects Han Tae-sul (Cho Seung-woo), the inventor of the time machine called the uploader.

The interesting part is that the time traveling characters do not hesitate to share their knowledge of the past to present people. Their reasoning is that what will happen. We are unsure if this is a device to throw people off from figuring exactly what kind of time travel trope the show falls under. Is it really the kind of show where people can’t fight fate or does it have a Reset button?

The storytelling is non-linear. Reactions and conversations are explained an episode or two later. And it’s always a lightbulb moment whenever it happens. For example, Kim Byung-chul arrives on a train track. We initially think that it’s a random time traveler who just wants to feel the fresh air again. It turns out that he is Sigma, the man who starts the end.

Each character is slowly introduced to understand their motivation and involvement in the world’s apocalyptic end.

If you can identify a possible serial killer from the womb, would you end its life if you could?

“Mouse” opens with this question and it dares the viewers to give their answers.

The series is about serial killers and the lives that they destroyed. It received an R-rating for violence. Children, grandparents, loving mothers, devoted fathers, hard-working students and beloved pets were killed in the show. The drama is brutal enough to make your blood run cold.

This is the first time in Lee Seung-gi’s 17-year career that he participated in a project with such a rating. What a perfect choice it is. Every episode ends in a cliffhanger. Yet, it’s a slow build. It gives you enough details on the identity of the serial killer before it throws you off again.

Seung-gi’s character has yet to show importance, but it is exactly because of his lack of exposure that you know they’re saving it for something really big later on.

Lee Hee-joon is amazing as Det. Go Moo-chi because you feel his anger through the screen. He doesn’t have the most likeable temperament but it was truly heartbreaking to watch him kneel and beg earnestly.

Psychopaths have taken the spotlight in K-dramas. But the sickest and cruelest can be found in this series. Supplementary show that can be watched with it is “Mindhunter”. Curiously, the third season of “Busted” where Seung-gi is a part of heavily hints on the plots of the drama.

Watch “Mouse” if you want an exciting crime thriller.

When you say the name Vincenzo Cassano please pronounce it as Bin-chen-zo Cass-sa-no. The syllable of “Cass” should be dragged out into a prolonged hiss before an abrupt stop. If you’ve done it successfully, congratulations! Song Joong-ki will be very happy with you.

Vincenzo is a mafia consigliere who came to his homeland. He had a simple mission. Relocate the residents of a dilapidated building, demolish the structure and get the gold hidden beneath. Things go awry when local goons and crooked corporations derail his plans.

If you think that a mafia consigliere in Korea sounds ridiculous, then you and the makers of this series have something in common. Mafias have no connection or clout in the country rendering them almost powerless. The show makes an effort early on to point that out. But it is these disadvantages that brings out Vincenzo’s brilliance.

It’s very rare to see Song portray a character who looks very polished. Afterall, the actor gravitates towards grubby-looking characters with pure intentions. Vincenzo is their opposite. The character doesn’t have any benevolence in him. He’s heartless and selfish. The only reason he helps others to seek justice for others is because he has something to gain in the end.

Yet, you can’t help but like this anti-hero. It’s hard not to when he is at his funniest when he tries very hard to be taken seriously. This is also why the series is addicting. The comic relief drops in the most unexpected moments. Admittedly, some of the jokes are slapstick but the others are slowly built up to the point where it’s an inside joke between the creators and the audience.

Song’s chemistry with Jeon Yeo-bin is something that you enjoy watching. Their characters have the tension of two close friends who are still on the fence whether they’d do it or not. Eight episodes are out and the closest thing they ever got was when Jeon hugged Song through the jail bar.

Watch “Vincenzo” if you want to have a good laugh.