A super book about the spectrum | Inquirer Lifestyle ❮ ❯ 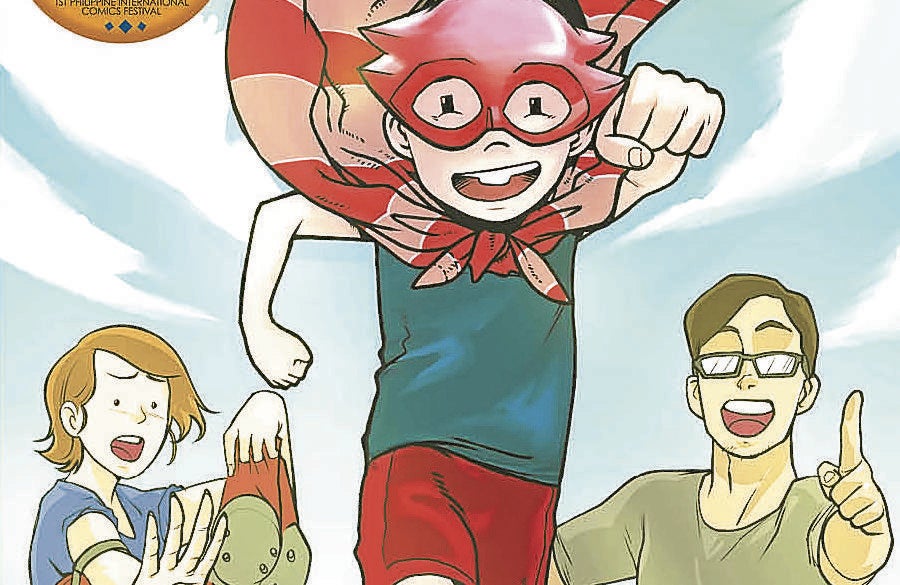 A super book about the spectrum

Sometimes, the best comic books aren’t about superheroes. Sometimes, they’re about ordinary people in extraordinary situations told in an extraordinary way. And that is exactly what you get with “Doobiedoo Asks,” the semiautobiographical comic book from writer Bambi Eloriaga-Amago and artist Roland Amago. This entertaining, informative, funny and heartbreaking comic book revolves around the Amagos’ finding out that their precocious if somewhat peculiar son, nicknamed “Doobiedoo,” is on the autism spectrum when the child was 8.

First things first, what’s with the nickname? “I have many nicknames for my son and Doobiedoo is one of them. I picked it up from Frank Sinatra’s ‘Strangers in the Night,’ you know that riff in the end where he goes, ‘doobiedoobiedoo doodoodeewah…’ My father used to listen to Sinatra songs all the time, so,” says Bambi.

“Doobiedoo Asks” shows how the family struggled to get the right diagnosis, the right school and even the right approach to talking to him. “A lot of tears were shed at the beginning,” Bambi explains. “We were at our wits’ end. But once we received the diagnosis and we were getting help from therapists and teachers, the bumpy road started to smoothen out. It all starts with acceptance of what he is, knowing his limitations, recognizing all the things he is capable of and working with that knowledge. Our son will always be different, and that’s fine! We realized that as parents, it isn’t our job to make him fit into a mold, rather, it is to guide him into becoming the best possible person that he can be.”

They then decided to tell his story—something they’re good at. The Amagos have been a team for a while. They met while working on Questor: The Ultimate Anime Magazine in the early 2000s. In 2007, they published “Moonlight Meow,” an original manga under Seven Seas Entertainment in the United States. They’ve also locally produced supernatural titles “Carnal Tales” and “Carnal: Banahaw.” The Amagos work on licensed original Japanese manga projects from US-based publishers with Roland working on lettering and retouching the art, and Bambi on the text for the North American market.

So if they wanted to tell the story, it made sense to tell it through a comic book—though they had their own fears at the start. “What most people don’t know is that autism is a spectrum,” she says. “Unlike in media portrayals, where the characters with the condition are usually pegged to a stereotype, in reality, autism actually presents differently per person. Also, I wanted to help out families facing similar situations to avoid missteps that we ourselves made and hopefully, inspire them to find joy in life’s little triumphs, like we did.”

“Doobiedoo Asks” took a year to finish. “The biggest hurdle, for me, was overcoming the question of was I willing to expose my family to possible criticism, especially my son, who is just a child. But I really felt that making this book was important,” Bambi says. “For me, probably the most challenging part of the creation process is time management,” Roland says. “All of the graphics for the book, as well as lettering, layout, plus promotional materials were done by myself alone and being a freelance artist, I was working on other projects alongside ‘Doobiedoo Asks,’ at that.”

Bambi took the effort of condensing the story somewhat, cutting out characters. “For pivotal situations though, I tried to recreate the dialogue as best as I can remember to fully convey the gravity of the situation that my son had faced. So those are as accurate as my memory served.”

The book is bolstered by text boxes that explain acronyms such as ADHD (attention deficit hyperactivity disorder) and the book ends with Bambi giving advice as well as a list of novels, websites, how-to books and support groups. “Because facts are important, especially in this day and age,” she explains. “Facts are an important tool for understanding, which in turn, paves the way toward acceptance and accommodation.”

Yet, one of the most charming aspects of “Doobiedoo Asks” is the humor, partly out of Roland’s manga-inspired art but mostly Doobiedoo’s jokes. “Our son really loves making jokes. It really does help lighten the mood during difficult times,” Roland says. “And we wanted to share that with everyone who reads the book.”

The Amagos were also in luck when Paolo Herras, founder of Komiket Inc., organized the first Philippine International Comic Festival in 2019, and “Doobiedoo Asks” was chosen as an official selection, meaning it would be published and sold.

The fear turned into feedback and Bambi had this to say: “Overwhelming! Humbling! Touching! The best response for me is when readers reach out to say the book helped them understand a friend or family member more. Knowing that we were helpful to a child, or a person with autism and their family makes me all teary-eyed, that’s how touched I am by their messages.”

The Amagos were initially unsure whether or not to show Doobiedoo the book. “So I explained to him what the book was about, why I felt it was important to tell our story, and how it could help other people, and he understood,” she explains. “He’s actually our first critic, pointing out what he thought were inaccurate or asking why Roland drew something this way and not that, etc. I asked him just now what he thought about the book and he said, ‘I think it’s interesting and funny and is helpful to parents who need help parenting their kids.’”

Doobiedoo is now 10 and he is in the fifth grade. “He likes Lego Star Wars and Super Mario sets and playing the Nintendo Switch,” Bambi says. “He recently got into coding, and really enjoys using what he learns there into making mods in his Minecraft game.”

It is rare that a book that deals with something as personal and yet as important as dealing with a child on the autism spectrum is also a brilliant creation, something bright, difficult and true. “I really hope that the work helps make the world a little bit kinder, not just for people with autism, but for all people who are having a hard time because they are deemed different because they don’t fit the mold, because they stand out from the norm,” she says. “I hope we learn to appreciate and see the beauty in what makes each person unique.”

“Doobiedoo Asks” is available at komiket.org, Komiket Inc. on Shopee, Komiket on Lazada, or send a message to the Secret HQ and Komiket Facebook pages.