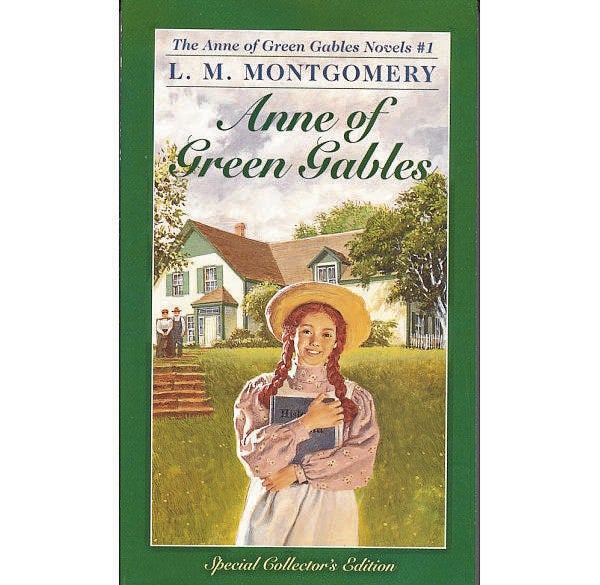 From the 19th century up to now, these women continue to inspire generations of female readers

Damsels in distress they are not. Female characters used to serve as prizes to be won or maidens to be rescued. But even from the 19th century and especially now, there have been strong female leads who can do the job themselves and literally inspire generations of female readers in all kinds of ways.

Here are 10 who left an indelible impression, in alphabetical order:

Often identified as a book for young readers, this book is surprisingly mature but also compelling as it features Anne (never forget, it’s “Ann with an E”), an 11-year-old orphan accidentally sent to live with middle-aged Cuthbert siblings. But Anne, vivacious and hardworking, overcomes almost everything that comes her way.

Since this book is identified as many female readers’ favorite book, it’s clear that Lizzie’s independence and authenticity during the stiff-upper-lipped Regency Era—as well as her romance with Mr. Darcy—makes this book a romance unlike any other.

3. Candida and Paula Marasigan, ‘A Portrait of the Artist as Filipino: An Elegy in Three Scenes’ by Nick Joaquin (1950)

In Joaquin’s Old Manila play, the sisters deal with financial problems, interlopers with their sights set on their painter father’s own masterpiece. But Candida and Paula, despite their differences, share the same unshakable filial devotion.

Her name may not be in the title, but the Persian noblewoman Flerida can more than hold her own in this Tagalog awit. She is the fiancée of Prinsipe Aladin, son of the Persian Sultan who secret desires Flerida. After the Sultan imprisons Aladin, Flerida escapes into the forest where she encounters an Albanian woman about to be gang-raped. Flerida dispatches them with her bow and arrow. That woman is Laura, and soon, they discover Florante, Laura’s lover, and Aladin who have saved themselves in the same forest.

The most prominent female character in an extremely popular book and movie franchise, Hermione showed that a woman’s intelligence can be powerful above all her other qualities, enabling her to be an adroit magic-user despite the fact she is born to nonmagical parents.

The March sisters each have their own virtues at a time when American women were often taken for granted. But Jo is the main protagonist of this classic for a reason. An aspiring writer, she is assertive, thoughtful and capable of heartbreak, but this does not stop her from doing the right thing, and Jo certainly proves that Alcott was being ironic with the book’s title.

This trilogy was the first true kick-starter of the young adult wave of the aughts, and Katniss was the perfect heroine. After volunteering as tribute to take the place of her sister, she becomes a relentless, skilled fighter yet never loses her humanity despite the gaudy dystopia around her, becoming a symbol of resistance all over Panem.

by Roald Dahl (1988)A fantastic children’s book by one of the best children’s authors ever, “Matilda” tells the story of how precocious 5-year-old Matilda Wormwood bedevils her mean parents, impresses one teacher but gets into trouble with another and when Matilda turns out to have telekinetic powers, chaotic fun breaks out.

The prototypical teenage girl sleuth and many a reader’s gateway book, Nancy, together with her friends, would find seemingly supernatural incidents in her hometown of River Heights and, using her deductive abilities, always figures it out.

Atwood imagines a United States that’s become the Republic of Gilead, a dystopian religious state. Offred is a Handmaid, who suffers as her sole purpose is to produce offspring for the ruling male Commanders. But Offred is no ordinary Handmaid. This book was nominated for the Booker Prize and the sequel, 2019’s “The Testaments,” won the said prize.