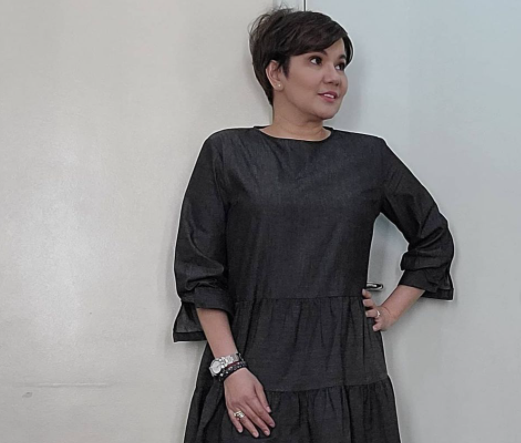 For actress Amy Perez, giving someone a second chance is necessary as it leads to other Christian virtues, such as forgiveness.

In time with the observance of Holy Week, Perez expressed her thoughts on sin and forgiveness as seen on her Instagram page today, March 30.

“Have you ever heard the words ‘But I’ve changed’ come out of the mouth of someone who’s really hurt you?” she asked. Perez feels that most likely, “it can be hard to believe” and “even harder to let go of the old perception” even when the person has indeed changed.

But she thinks such a perception is only true for humans and “not for God.”

Perez then pointed out how humans in turn call on God to ask for forgiveness amid wrongdoings.

“When you turned to him and asked for Jesus’ grace to cover your sins, he believed you and he covered you in forgiveness,” she said. “Whatever had gone before became irrelevant, [behavior] and attitudes from before you came to Christ wiped out in his sight – although the effect on ourselves or others may linger or scar.”

“From a worldly point of view, forgiveness like this is nuts,” Perez stressed. “But we are not [worldly] – we are spiritual beings living in a fallen world. And so there is little sense in us beating ourselves or others up for what we once were, or did.”

Perez, who is also a veteran TV host and radio anchor, is a Christian and known by her fans as regularly sharing spiritual insights. JB

Amy Perez believes in the power of Psalm 23

‘They don’t disguise our pain’: Amy Perez encourages everyone to pray the Psalms