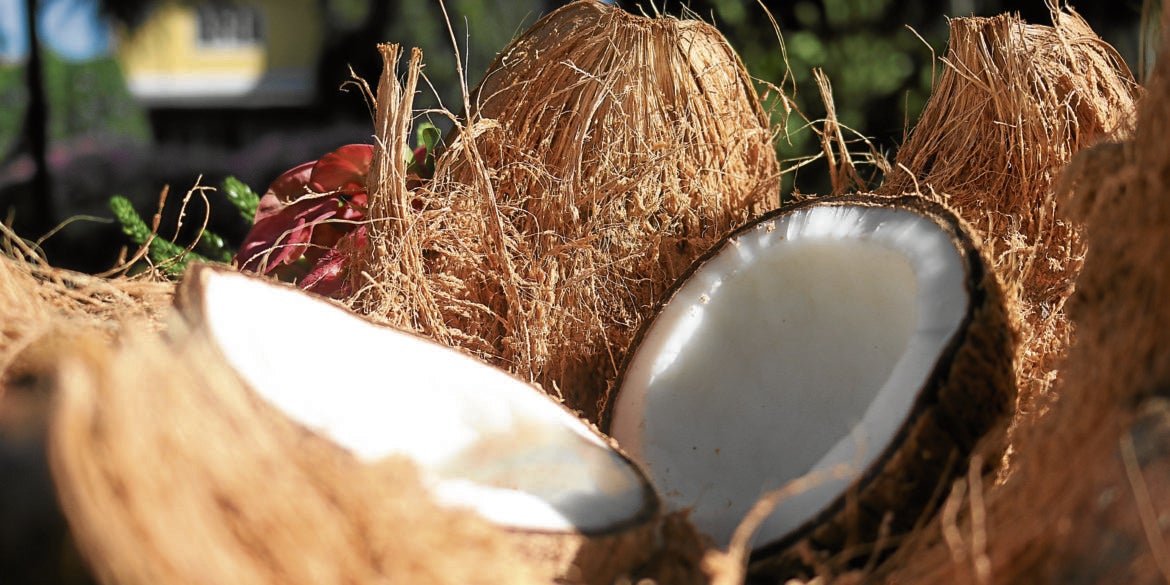 Coconut and its uses are among the topics.

‘Filipinos still think that our food is ‘pantawid-gutom’; more than that, it is a reflection of identity’

Filipino Food Month (FFM) this April will yet again be celebrated virtually, leaving our eyes feasting on regional culinary delights.

“The main goal of Filipino Food Month is to raise awareness of our gastronomy and to recognize Philippine cuisine as an art form,” said chef Jose Antonio Miguel “Jam” Melchor, FFM proponent and founder of the Philippine Culinary Heritage Movement (PCHM).

FFM is conducted with partner agencies: the National Commission for Culture and the Arts (NCCA) is highlighting food as culture; the Department of Agriculture (DA) is focusing on food security in this pandemic, while the Department of Tourism (DOT) will organize “Kain Na,” a market of produce and local food artisanal products, at Marquee Mall in Pampanga—barring restrictions.

“Filipinos still think that our food is pantawid-gutom (something to ease hunger). More than that, it is a reflection of identity. Though our cuisine has yet to be recognized as an art form, our food is present in all occasions. Filipino food is diverse and each region has a story to tell,” said Melchor in a Zoom interview.

Culinary historian and panelist Felice Sta. Maria explained, “Because food is part of popular culture, FFM offers aspirational deliciousness through its webinars and cooking demonstrations. It reinforces home cooking as a family activity and heritage food as a means to strengthen affection and storytelling across generations and genders. Its theme ‘Iba’t Ibang Luto, Pinoy ang Puso’ draws everyone into the joy of the table.”

“The Philippines on a Plate” webinars, a partnership with the NCCA, will discuss sapin-sapin and the rice culture (April 6); explore coconut and its products (April 8); moringa as the queen of vegetables (April 13); pansit (April 13); Philippine vinegar (April 15); and the food of Muslim Mindanao (April 22). FFM will pay homage to Maria Orosa, the chemist and war heroine, who developed nutritional solutions from Filipino foods (April 24).

Meanwhile, the DA is focusing on capacity building by holding a program on high-value crops at its compound. Other webinars include backyard planting, plant-based food products, sources for alternative meat, fish deboning and making chopsuey from native vegetables.

The public will be introduced to the making of regional specialties such as pinuneg (Filipino sausage of the Igorots), binamban (food made from wild grains, coconut and wrapped in a wild leaf) and kaluko (taro with coconut milk), foods of Western Visayas, ube, habhab, adlai, binaki (a steamed sweet corn cake), palagsing (sticky cake made of unaw or sago starch) and unaw-based products, tupig (glutinous rice cakes with coconut strips from Luzon), puto, burong Kapampangan and pinakbet.

The DA is encouraging its regional offices to localize FFM through pop-up markets and cooking contests.

The DOT is working with consulates and embassies in promoting FFM overseas. Plans are afoot for a Filipino food crawl in Australia and food festivals in Japan, Taiwan and Korea.Farmers will likewise be selling their harvests in pocket markets around the metropolis. They will be provided with transportation and free booths.

FFM was a dream come true for Melchor when President Duterte supported his culinary heritage advocacy in 2018. Presidential Proclamation No. 469 declared April as National Filipino Food Month (Buwan ng Kalutong Filipino). In its debut year in 2019, FFM was celebrated with cooking demos and food fairs in the provinces, culinary tours, special events in restaurants and a monthlong food festival at Manila Hotel.

Last year, Melchor, the PCHM and the partners were poised to celebrate FFM on a grander scale until the lockdown forced them to change course. The quick-thinking Melchor and the participants became one of the early adapters of webinars.

The FFM advocacy afforded Melchor the leverage to get support from local governments in providing farmers’ products as ayuda in place of canned goods and instant noodles.

“Instead of letting the vegetables rot, why not give them away? This was a win-win situation. People received fresh and wholesome food and the farmers earned their livelihood. The DA later created more venues for the farmers to dump their food during the long lockdown. We called on the private and government sectors to facilitate the transportation of food past the checkpoints,” he said.

Local governments from Cotabato, Davao and Zamboanga followed the example to support their farmers.

“Food security is the thrust of government agencies. This is the best time to teach people how to be self-sufficient by growing their own food and not wasting them. Choose food that can boost the immune system. At the moment, our only defense is nutrition,” said Melchor.

Sta. Maria rejoined, “FFM also reminds us that food security is fundamental to national well-being. The pandemic has initiated a review of developmental strategies to prevent hunger, extreme hunger, and the resulting dilemmas they cause for public health and safety.”

Asked if the virtual alternative for sensual experiences is effective in engaging people, she replied, “Our chefs, writers, content providers, production teams and presenters have become increasingly effective in producing food shows. Audiences already have their favorite shows with virtual feasts galore. FFM can build on all that.”

The webinars can be viewed on the Facebook pages of FFM, PCHM, DA, NCCA and DOT. —CONTRIBUTED