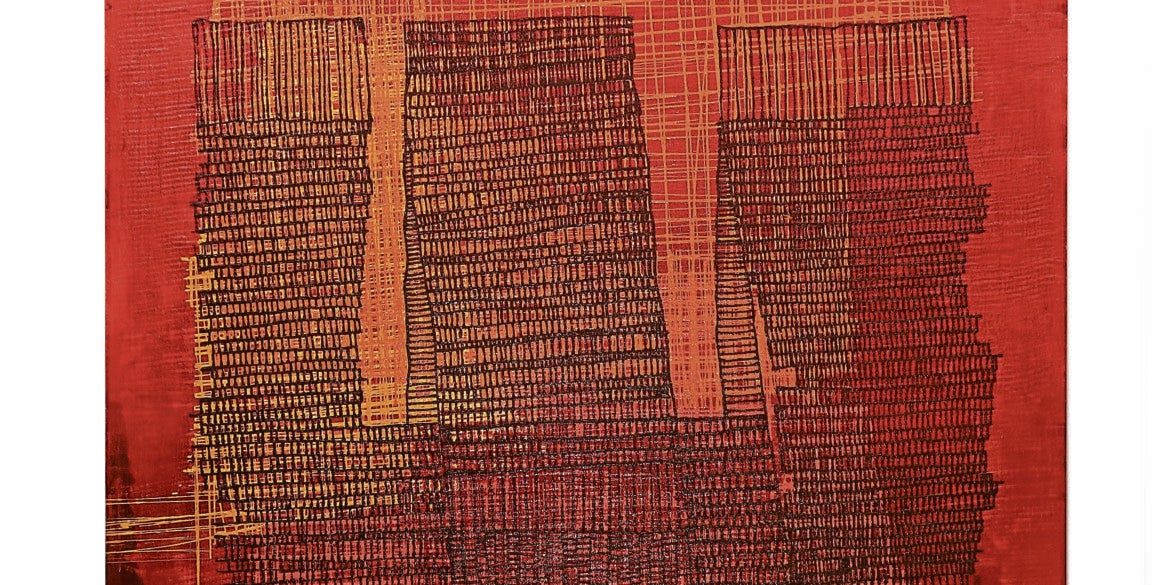 Jane Ebarle and her threads of culture

The year 2017 was an auspicious one for abstractionist Jane Ebarle. She did not expect that her exhibition at Museo de La Salle in Dasmariñas, Cavite, would lead to 25 commissioned paintings that were given to the heads of states who attended the 31st Association of Southeast Asian Nations Summit in Manila in November that year.

That moment was, and still is, the highlight of her artistic career which was rekindled at the turn of the 21st century, decades after graduating from the University of Santo Tomas with a fine arts degree.

Furthermore, he said in Ebarle’s works, “visible was the pleasure which she took in the delineation of these designs, which, to her credit, achieved a tasteful balance between the literal adaptation of the design and the subtle improvisations she introduced.”

From April 20 to April 29, Ebarle will hold her 10th solo exhibition, titled “Impressions,” at Galerie Joaquin, UP Town Center in Quezon City.

The exhibit will feature 13 works done before and during the COVID-19 pandemic rendered in the signature hibla style.

Ebarle admits the pandemic was hard for everyone but for her, “it was a time of reconciliation with what I was doing in the past.”

“In between my abstract paintings, I would experiment with figurative art so I can just comfortably sit while working and enjoy some slow and nice music and just really enjoy the process,” she said.

The works in the exhibition have subtle nuances compared to her previous works, thanks to the encouragement of Galerie Joaquin owner Nico Teotico during one of their brainstorming sessions.

“Even the patterns are quieter and you can see a lot of resting spaces unlike before when my lines were so fiercely layered on top of each other but going nowhere,” she said.

“I would like to see myself exhibiting more internationally and love to get an art grant or enroll myself in an art school somewhere,” she said. “I would like to put myself into the life of an art student again but this time in an unpredictable and more radical way.”—CONTRIBUTED INQ