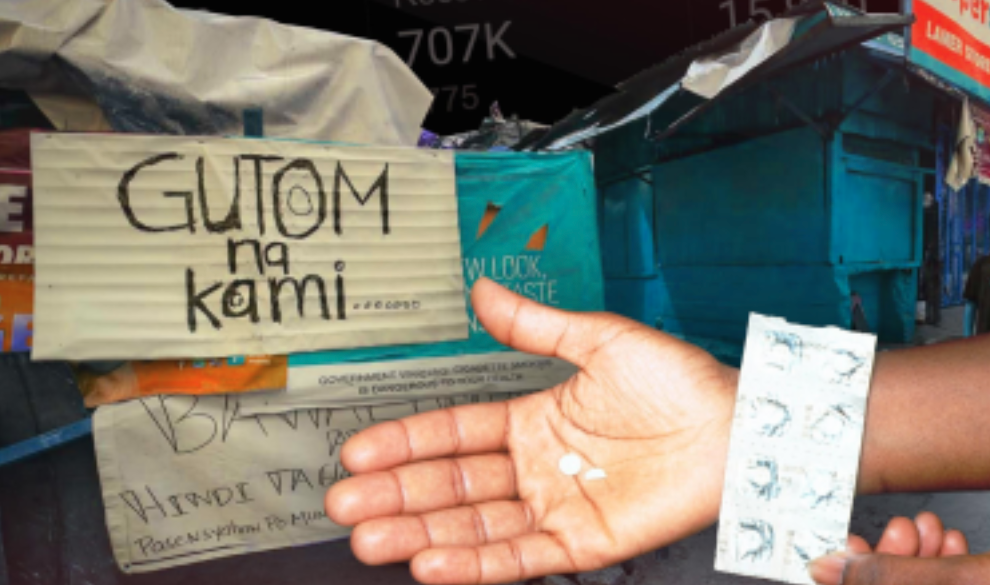 Ivermectin: A miracle cure for COVID19

Also, Ivermectin: an anti-parasitic drug used to prevent heartworm disease, internal, and external parasites, only approved for animal use.

The two sides of Ivermectin show a tragic parallel in our anxiety-ridden Filipino community. The discovery of this “miracle drug” has served as false hope for pandemic weary Filipinos amidst overflowing Viber chats and blurry screenshots from Facebook group postings.

In the age of the smartphone, free information online has been an empowering change in our society, encouraging freedom of speech. However, it seems that with just a couple of Google searches, everyone has found the solution to ending the pandemic. With the democratization of media, the rise of the antiparasitic drug Ivermectin as a “miracle” solution is not a coincidence. Psychology experts correlate the Philippines ’ devastating situation to the mass consumption of Ivermectin.

The drug preys on the fears of Filipinos from all walks of life, where no amount of privilege or “natural immunity” can prevent the effects of the disease. Without the feeling of safety and a year-long environment of fear, even the most highly educated can be cast into emotional irrationality. Filipinos have searched for a silver-bullet solution over scientific logic since March 2020. First, it was hydroxychloroquine, proven ineffective by clinical trials. Now, it is Ivermectin: the horse parasite killer.

Ivermectin is a non-FDA-approved veterinary drug consumed by animals for the prevention of parasites. All Ivermectin products in the Philippines are registered only for veterinary use unless prescribed for use outside the body and not ingested. Side effects of ingesting the drug include neurological damage, seizures, vomiting, and face swelling. Ivermectin, however, is representative of a much larger viral issue in our communities: the spread of fake “news.” Because what if this time, this is the solution?

Those who support Ivermectin, in particular, will often cite a blurry stock-image-filled video that looks like the work of an amateur video editor. The video I refer to was sent to me as I asked members of my own Viber group chat why they chose to support Ivermectin. In return, I received a video from “One America News Network” or OAN. After a quick Google search, I found that OAN is a far-right, pro-Donald Trump cable channel suspended by YouTube in November of 2020 for deceptive COVID-19 news.

Directly in our community, stories have surfaced stating that “My sister’s friends’ brother took Ivermectin and got better!” when asked why they choose to take the veterinary drug. Politicians have even started taking Ivermectin and freely distributing it without medical approval. In few but prevalent severe cases, news of the drug has convinced some that a vaccine is no longer necessary. The effects of free speech online have sent strong shockwaves into the Filipino community, sending us backward.

This, in fact, is most prevalent in the aging Filipino population, where researchers found that those 65 years old and above were seven times more likely to share a fake news source than those aged 18-29 years old. This comes from algorithms that track previous interactions with fake news and a lack of digital literacy.

An anonymous psychology professor attributes the turn to Ivermectin due to Filipino’s “psychologically troubling state” amidst the seemingly never-ending pandemic. Individuals are driven by “the ability to feel in control during a pandemic filled with so many uncontrollable factors.”

Much of this can be rooted back to human’s “evolutionary fear response and need to make quick decisions under stress.” He adds, “even looking at COVID rates every day generates our innate survival stress response.” This fear-stress combo leads to heightened emotions, making it harder to access logic.

To the practicing medical physician and president of Kansas Academy of Family Physicians Jennifer McKenney, Ivermectin is a “definite no” and can be blamed on fear and frustration as its prime motivators.

This, as well as continuously disappointing government response, has led the Philippines astray. To combat this fear and frustration, Filipinos will ignore science in desperate and subconscious hope for “a miracle medication out there that people are hiding for life to get back to normal.”

The use of Ivermectin, which has yet to show benefits in clinical trials, presents a tragic but extremely real dichotomy within Filipino society. Even its side effects, such as permanent liver damage and, in severe cases, death, will not keep a desperate Filipino from consuming this COVID “cure” as an alternative against its much more expensive and anti-viral counterpart, Remdesivir.

The spread of fake news combined with the lack of effective governmental response has resulted in the tragic unification of all Filipinos in an illusion of hope. The desire to find a miracle cure pounces our stress, desperation, and fears – making us more vulnerable than ever.

Now more than ever, we must do our part to carefully evaluate information sources before mindfully clicking the “Forward” to’ or “Share” button. In the midst of overwhelming stress and confusion, succumbing to misinformation creates substantial harmful outcomes for you and your loved ones.

Unless doctor prescribed or until further study is conducted, Ivermectin should not be casually consumed to treat or prevent COVID-19.