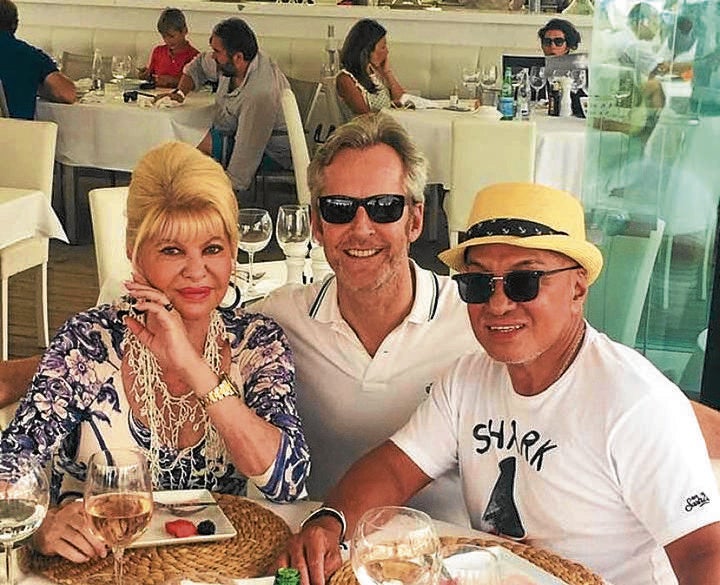 Eduardo Lacson Jr., who has called the rich city state in the French Riviera home for the past 44 years, realized that Filipino family culture provides support and stability

At 7 a.m. Monaco time, a German client made a conference call to Filipino investment banking consultant Julian Eduardo Lacson Jr. With travel restrictions wrought by the third wave of the viral contagion, the client couldn’t fly to Monaco to sign documents for the acquisition of a property in the South of France.

“It’s a small problem that has been made to look big,’’ said Lacson, adding that it’s not just Filipinos who overreact.

Although Lacson has retired from the fast lane of investment banking, the septuagenarian is still active. Since 1977, he has been a Monaco resident, enjoying such privileges as the comprehensive medical coverage for his health issues.

The world’s smallest sovereign state in the French Riviera is famous not only as one of the wealthiest places, but it is also a tax haven for the extremely rich of Europe.

But the series of lockdowns became unnerving for Lacson. The lonely quarantine in Europe in the winter, the shutdown of shops and the ban of parties during the Christmas and Easter seasons, made him consider returning to Bacolod, home of the illustrious Lacson clan. He realized that the Filipino family culture provides support and stability.

Lacson was born in Iloilo, the province of his parents. Eduardo Sr., an haciendero, hailed from Molo. Since it was customary at the turn of the 20th century to keep the marriages within the wealthy clans, Eduardo Sr. married his cousin, Fanny Ledesma y Ledesma. Her family started one of the country’s oldest shipping companies, Negros Navigation, now owned by the 2Go Group.

His paternal grandfather and sugar baron Mariano Ledesma Lacson and his Portuguese grandmother Maria Braga built the famous The Ruins Mansion on a 600-ha piece of sugar land in Talisay, Negros Occidental. Maria likewise came from an affluent family that owned several galleons and traded between continents.

Correcting historical errors, Lacson explained that his grandfather didn’t build the mansion after his wife died after giving birth to the 11th child. Braga’s father financed the materials, such as Portuguese tiles and carvings. Maria perished after the birth of her 10th child, Eduardo Sr.

Lacson likewise nixed the story that local guerrillas were enlisted by the Americans to raze the mansion to the ground to prevent the Japanese from using it as their headquarters. The guerrillas turned out to be sakadas (local laborers who earned very little) exacting revenge on their tyrannical landlords.

“There were no machines then—only the carabao and the sakada. To meet the quota, they were whipped, abused and sometimes unpaid. These guerrillas burned houses of the hacienderos during the war,” he said.

Today, The Ruins is a popular tourist destination and events place.

Lacson studied at De La Salle University Manila from kindergarten to college, graduating with a degree in industrial management engineering.

He was recruited by the local branch of the then Grindlays Bank, a historic overseas bank. A trainee for the Asian department, he produced a prospectus for investors for President Ferdinand Marcos’ proposed Bataan Nuclear Power Plant.

In 1975, Lacson was sent to Grindlays London for management training. He stayed in the United Kingdom for two years until his friend George Rybarczyk, a Polish manager of a shipping company in Monaco, beckoned him to the gilded city-state of Monaco. They remained partners until Rybarczyk’s death in 2015.

Lacson worked as an investment banker in a major financial institution (which he refused to name). His clients were industrialists, affluent families and old-rich families who set up trust funds for the future generations.

“Investment banking is no longer the same as it was. In our time, our clients were up-to-date with the market and investments. We could be innovative and look for new products that would yield the highest returns. Since we handled family businesses and trusts, we had to keep the capital and make the money grow,” he recalled.

Lacson enjoyed traveling to different continents for buyouts and sometimes flew in the now defunct Concorde, the supersonic jetliner that cut travel time from Paris to New York by half.

Over time, the banking and finance industry started tightening regulations as protection against money laundering, corruption, tax evasion and terrorism.

“We old bankers can’t exist in this new environment,” said Lacson. “There are new rules all the time from the US, Switzerland and Monaco which come in thick books that you must read every other day. Young bankers never knew what it was like then. They haven’t even heard of the Concorde.”

Retiring in 2012, he went to Argentina to work as a consultant for a law firm with bank accounts in Europe for three years.

He has since been a board director of Monaco-based companies, owned by former clients.

“When you don’t have a family in your retirement, you have to rely on yourself. Be active and don’t get lonely,” he said. As a Filipino expat and banker, he enjoyed the glamour that came with the job—walking on the red carpet at the Cannes Film Festival, dining with actress Joan Collins, partying with Ivana Trump (ex-US president Donald Trump’s first wife) in St. Tropez and attending fancy charity balls.

“The balls can be boring. You see the same faces and the same gowns and jewelry year after year. The couture gowns cost a lot. Women aren’t going to throw them away,” he said.

Majority of the Filipinos in Monaco are domestic helpers who are very much in demand. “In the past, the rich people hired French or Italian drivers. Now they have Filipino drivers who speak English; they are polite and they multitask as plumbers and painters in the household,” he said.

However, Monaco has changed since he arrived there 44 years ago. Back then, it was heavily populated by British, Germans and Italians who were aristocrats and millionaires from old-rich families, bankers and industry leaders who were elegant and not showy about their wealth. Since the 2000s, it has attracted the nouveau riche billionaires from Russia and Eastern Europe who love to flaunt their status.

“In the past, people drove Rolls-Royces, Ferraris and Porsches and the streets weren’t crowded. Now everyone owns Lamborghinis and Maseratis,” he said.

The arrivestes have money to burn. Last February, a 300-sq m, two-story penthouse was sold for 64 million euros (around P3.740 billion) in an online auction. During the lockdown, women jogged in cashmere or logoed tracksuits, dripping with diamonds and were shod in 500 euro designer trainers.

“Rents have gone up. Monthly rent for an apartment in the city center is 250,000 euros (P14.6 million). A 10-month rent of that amount could buy you a three-bedroom apartment with a sea view,” he said.

“We never heard of that kind of money before,” Lacson added. “Forty years ago, the most expensive rent fetched 65,000 French francs or 10,000 euros (P584,160). That price was considered scandalous then. Celebrities such as Ringo Starr, Roger Moore and Shirley Bassey stayed there.”

Lacson would have none of that ostentatious lifestyle. “After retirement, I have to reinvent myself. Be less acquisitive and become spiritual. That minimizes the stress.”