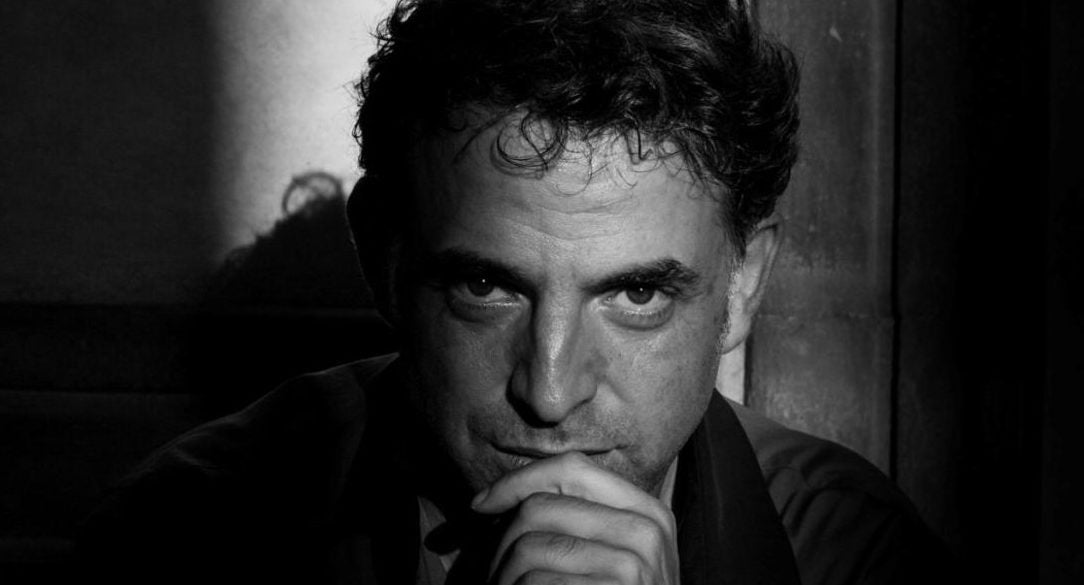 ‘Suddenly, a Knock on the Door’: First Hebrew book translated into Filipino language

MANILA, Philippines — Israeli author Etgar Keret’s “Suddenly, a Knock on the Door” – one of his best-selling books, has been translated into more than 40 languages, including Filipino.

The book, a compilation of short stories with different themes, is the first Hebrew book to be translated into the Filipino language.

And for Keret, the book’s Filipino translation “Bigla, May Kumatok sa Pinto,” is “really, really special” as he sees it as a “strong connection” between Israel and the Philippines.

The internationally-acclaimed writer said his book was his own way of giving back to the Philippines, particularly to Filipino caregivers who work in Israel.

“We have some kind of gratitude to the Filipino people for taking care of our loved ones… As you know there are many Filipino caretakers here, they provide the elderly this kind of sensitivity and softness,” Keret said during the recent virtual book launch initiated by the Israel embassy in Manila.

He said “there is something in the kind of tenderness that comes from the [Filipino] caregivers” that soothes their “very excited but sometimes impatient and aggressive” character.

“For me, it’s a special moment where maybe something Israel can give back to the Philippines. Maybe I can’t give the same kind of tenderness that the Philippines had brought to the life in Israel, but maybe I can bring some of my own genuine emotions,” he added.

Israel Ambassador Rafael Harpaz believes that Filipinos can relate to the message of the book, which was published and distributed by Anvil Publishing Inc.

“This is another milestone that demonstrates the strong relations between Israel and the Philippines. This book is one of the many areas of cooperation between our countries in literature, culture, and arts,” said Harpaz.

“We hope that many Filipinos, especially the young generation, will get a copy and read the book that is a product of good friendship,” he added.

A leading voice in Israeli literature and cinema, Keret’s appreciation for Filipino caretakers is understandably evident even in the films he writes.

“Jellyfish,” Keret’s film that shows the struggles of three women in Tel Aviv whose stories give a glimpse of the modern Israeli life, won the 2007 Camera d’Or at the Cannes Film Festival.

“It’s a movie I made with my wife. One of the characters in it is a Filipino taking care of an elderly woman in Israel. The character was based on the caretaker who took care of my wife’s grandmother,” he shared.

Not wanting to cast actors but real caretakers, Keret said they found a Filipino caretaker who acts as a hobby.

The Filipina caregiver turned actress “quickly became a star,” he said, adding that working with her made him want to come and visit the Philippines because “she would talk about her home with such love, about the beauty of this place and the kindness [of people]…”

Talking about his book, he expressed hope that Filipino readers will relate more to it now that it is translated to their local language. He also encouraged Filipino caregivers working in Israel to read it.

“My own fantasy would be if Filipino caretakers in Israel read the book in Filipino translation. My dream is one day to see a smiling elderly sitting on a bench [enjoying] the sun and next to him is a caretaker reading in Tagalog,” he said.

The Filipino translation of “Bigla, May Kumatok sa Pinto” was done by U Z. Eliserio of the Departamento ng Filipino at Panitikan ng Pilipinas, Kolehiyo ng Arte at Literatura of the University of the Philippines.

Keret said he was “over the moon” and felt really excited when he learned about the Filipino translation of his book.

“While it was the embassy that chose [which book to translate], the experience of being translated and published overseas, especially in places I never visited and heard a lot about, is always very, very exciting because when I started writing my stories, I believed that only my friends or the people who live in my neighborhood, or my family members will understand it because they were very intimate,” he said.

Keret said he found it “amazing” when his books get translated into other languages.

Asked why his book was titled as such, Keret explained that his short stories show how everyday life can be full of surprises.

“Many times I sit in my apartment and my thoughts just wander and then [suddenly] there was a knock on the door. I don’t know who it was [behind] the door, so I walk to the door with anticipation. Maybe it’s somebody who will tell me that I won the lottery; or maybe it’s a hired assassin that was hired by a reader who did not like my story and wanted to kill me, I don’t know. And I won’t know until I open the door and only then will I be introduced back to life,” he said.

“For me, this kind of state of mind is something very apparent in the book. It’s many stories about people who live their life but really with little friction, little fault, suddenly clashed and makes them feel more. Those feelings could be love, could be fear, could be anger, but instead of something flat there would be a volcano,” he explained, referring to life’s surprises.

If there is one short story in the book that readers may want to read first, he recommended “Lieland” or “Bahay ng Kasinungalingan,” a story about a man who lies a lot to cover up—for skipping classes or being late for work for instance–until he finds a portal that takes him to a different world where all his lies exist.

“It’s a story I particularly like…[the subjects of his lies] come into life in Lieland and exist there. He then interacts with all of his lies since childhood. I like this story a lot because, in a strange way, there is a strong connection between writing stories, writing fiction, and lying,” he said, adding: “Even the word ‘fiction’ is about being fictitious. In some context when we tell a lie it’s a bad thing. But when we write stories, it’s a good thing. For me, the story tries to look at lies and understand when is a lie good and when is it bad.”

With most participants in his virtual book launch being students and aspiring writers, he advised them not to take writing so seriously.

“Don’t take writing so seriously because when you do, you perform less good,” he said, as he compared it to dating before he met his wife.

“I was always pathetic on dates. I say wrong things, I speak a lot, I talk too much. But when I met my wife, it was the best thing between us because I was more truthful, nonchalant, I shut up sometimes and let her speak. This is also true for writing,” he said.

“If you sit down and say ‘I’m going to write the greatest Philippine novel, or the best book of the 21st century. I will make the book that will make all the people change and become good and love each other. There’s something to be petrifying about it because you have a huge burden on your back,” he added.

“But if you just say ‘I’m writing because I’m interested in my thoughts. It’s a nice pastime’. And if by any chance I would be able to write something which is worth sharing then I will show it to people, but if not, it’s okay. That way, we can be much more honest, and much more imaginative, less petrified,” Keret explained.

He said he writes every day but comes up with a “good story” only about once in two months.

“Writing a story is like a journey, you don’t know where you’re heading,” he said, adding that writing is a “gift.”