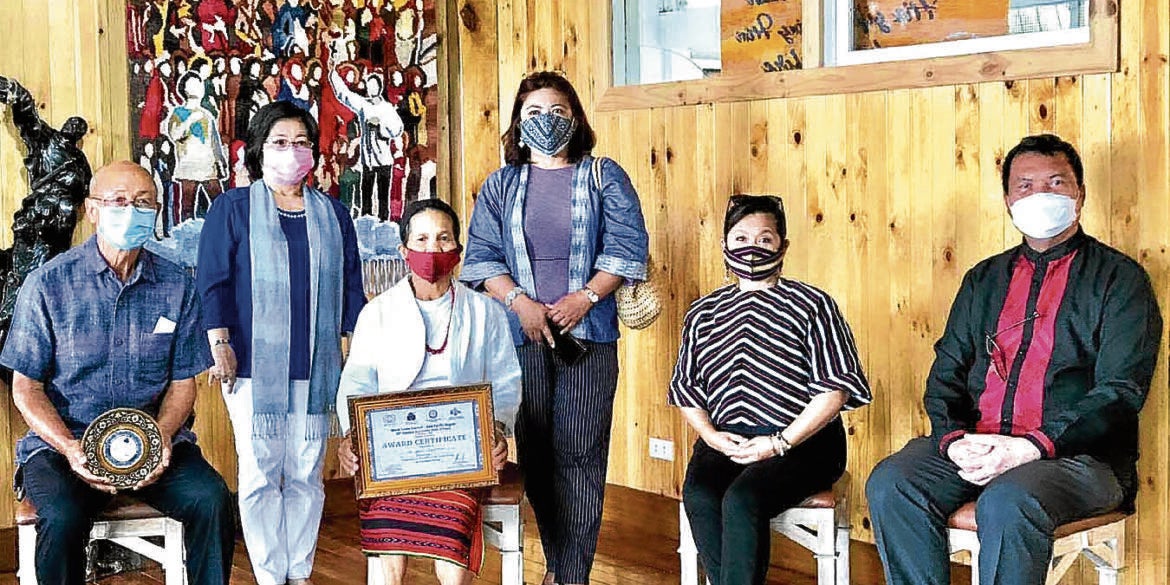 Narda’s Handwoven Arts and Crafts was founded by the late Narda Capuyan, and is a well-known and popular ikat design center with a local and export clientele.

Lucia Capuyan Catanes, daughter of Capuyan, and director of the Narda’s Weaving Center, said that they had to close down the workshop in March 2020 due to the various enforced lockdowns.

But in a spirit of industry and resilience, they reopened quickly in the same month to produce personal protective equipment, powered by donations of waterproof and water resistant textiles by benefactors.

Then the Jesuit Fathers, who renovated their Mirador Residence into a retreat and meeting house, ordered tapestries to decorate the walls.

Father Quilongquilong translated the picture of All Saints into a design that the weavers could interpret into a tapestry. A Narda’s team of warpers and dyers prepared the warp using Narda’s signature ikat design. Master weaver Langpawen then went to work, patiently weaving the textile for 22 days. The tapestry took 30 days to produce.

The tapestry shows the saints in heaven interceding for mankind, with Filipino saints San Lorenzo Ruiz and San Pedro Calungsod prominently portrayed. The tapestry measures 56 inches by 48 inches. The warp is made from 100-percent cotton and the weft is 20-percent cotton, 80-percent acrylic and polyester.

The World Council Crafts Competition of Excellent Crafts Asia-Pacific Region was held in Tashkent, Uzbekistan, during the WCC 38th general assembly in December.

The prize was formally awarded to Langpawen April 30 at the Mirador Jesuit Residence in Baguio where the tapestry now hangs.