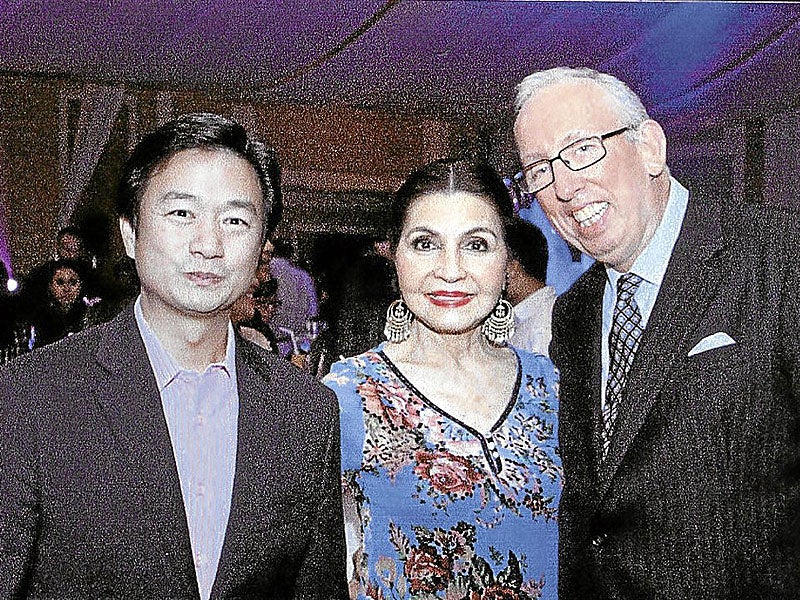 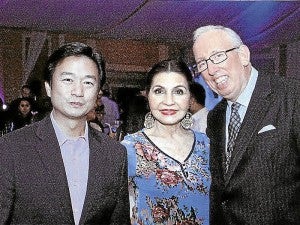 The Embassy of Spain and the Arts Council presented “A Night of Spanish Jazz” to a packed audience at the auditorium of the Marcelo Fernan Press Center. The event was in cooperation with Amigos de España en Cebu and the Marco Polo Plaza Hotel where the jazzmen were billeted for the weekend.

Performing was the Javier Colina-Antonio Serrano jazz quartet, considered the best of the genre in Spain and with quite a following around the world. Colina is regarded as one of the best contrabassists in Europe. Serrano is a virtuoso with the harmonica which he can make sound like an orchestra.

Completing the quartet for the Cebu sojourn were Marc Miralta (drums) and Mariano Diaz (piano). The group was accompanied by their manager and technician Albert Sorribes. From the Spanish Embassy in Manila had come Antonio Garcia Roger, counsellor and in charge of cultural activities.

Rapport between the jazz quartet and its mostly young audience was evident from the very start, when they performed “Blues de la Alegria.” Those in the know about jazz were awestruck, as this was really “jazzing” and not just “jamming.”

The audience, according to what and how was played, could get excited at times, or swoon at others. There could even be a hum when an undertone was discernable. Like when they recognized “Softly,” as in the morning sunrise, or so the lyric goes. The same applied to “I Have Dreamed,” Lun Tha’s song in “The King and I.”

The Spanish people in the audience exchanged glances when they noticed the melody from “Yo te Dire,” theme song of the vintage movie, “Los Ultimos de Filipinas,” multi-awarded in its time for its nostalgic depiction of the siege at Baler.

The concert came to a close with a thunderclap, both from the quartet as well as from the enthusiastic audience. Flowers were presented to the group by Amparito Llamas Lhuillier, president of Amigos de España; Arts Council secretary Mariter Dumon Klepp; architect Tessie Javier; and Rosebud Rivilla Sala.

A lively dinner followed at the dining salon of the Casino Español, splendidly served and personally by the new food and beverage director, Marina Codina. The general manager, Jovy Ay-ad, was also on hand to welcome the guests.

While in Cebu, the jazz group had time to enjoy the beach at the Shangri-la’s resort in Mactan. They also had the opportunity to sample Cebu’s famous lechon at Patio Isabel during a lunch hosted by Elena Chiongbian Young.

Expected in Cebu soon is the new Ambassador of Spain to the Philippines, Don Jorge Domecq. He will preside the opening of Spanish Month on July 7 at the Casino Español de Cebu. Extending the red carpet will be the club’s officers, namely:

Another activity for Ambassador Domecq in Cebu will be the opening of “Sabores de España,” a Spanish food fest now on its fifth edition at the Marco Polo Plaza Hotel where the ambassador will stay while in Cebu. General manager Hans Hauri has once more commissioned Gema Luisa Pido to be the consultant for the Spanish traditional recipes. “Sabores” will be on at the hotel’s Cafe Marco July 8-17.

Speaking of the Marco Polo, it recently celebrated its fifth anniversary with a grand bash. It all started with cocktails at the foyer, lit by Swarovsky prisms. The action flowed on to the grand ballroom for more cocktails and a buffet that offered some 40 specialties.

Hans and Bo Hauri had their hands full greeting about 1000 guests. OK, maybe less, but it did seem like quite a throng. Introduced all around was Marco Polo Hotels international president Steve Kleinschmidt.

Very much present were Alfred Ty and his wife Cherry. He is president of Federal Land, one of whose properties is the Marco Polo in Cebu. From the local scene were Cebu City Mayor Michael Rama, and Vice Mayor Joy Augustus Young.

Governor Gwendolyn Garcia came, too. She sat with dear friend Mariquita Yeung who took it upon herself to squeeze lemon juice and spice up with Tabasco the luscious, thick oysters flown in from Canada.

The Marco Polo goes Caribbean for Father’s Day on June 19. There’s a theme to it, as in a pirates’ treasure hunt that goes for the price of the luncheon buffet. Aye, Aye Captiann, everyone has told Mr. Hauri.

From June 27 to July 4, the Marco Polo offers a US food promo at Cafe Marco, for lunch and dinner, dubbed “simply the Best.” One can think of steaks, and raisins.

It will be a Swiss food fest July 29 to August 7 to coincide with the celebration of Switzerland’s National Day, with a week end special event.