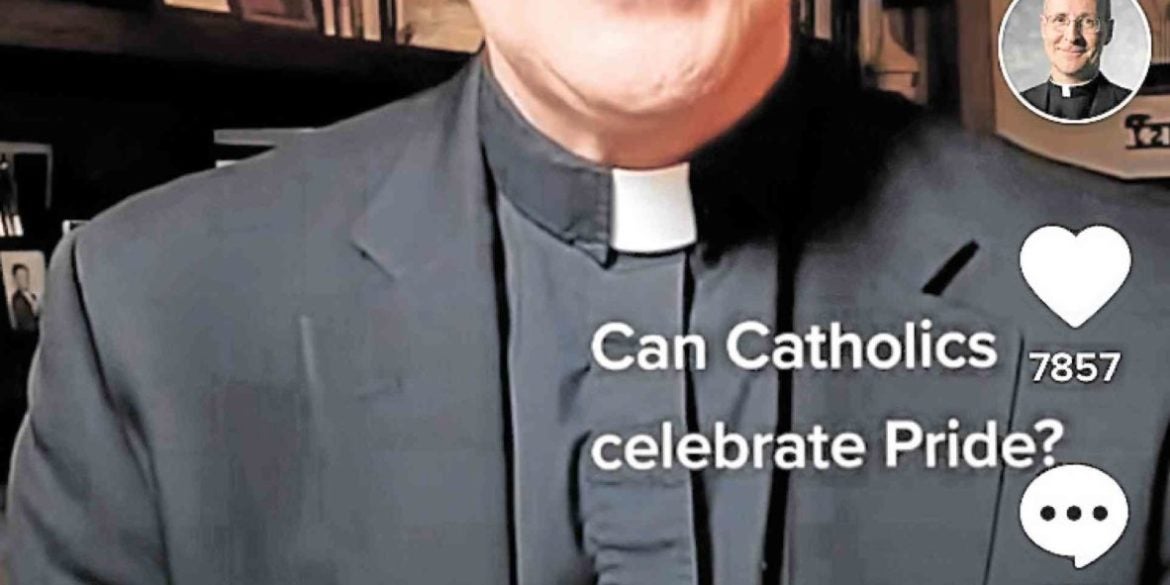 Haters—and he has many— don’t faze Fr. James Martin, SJ.

With its bite-size, minute long videos, TikTok continues to be the most popular social media app to date. Globally, it has been downloaded over 2 billion times on the App Store and Google Play. Subscribers are no longer limited to the youth who were considered to have the energy to continuously come up with fresh content, ranging from cooking lessons and pet videos to dance moves and makeup tutorials.

One of the newer entrants is Fr. James Martin, SJ, who signed up last week and has posted several videos since then. The American Jesuit priest is one of the most outspoken champions of the LGBTQ community.

In 2017, he authored the book “Building a Bridge: How the Catholic Church and the LGBT Community Can Enter Into a Relationship of Respect, Compassion, and Sensitivity” that was lauded and criticized at the same time.

His haters—and there are many—don’t faze him. Whenever he posts something he feels might polarize the 640,000 followers on Facebook (Fr. James Martin, SJ), he cautions against ad hominem attacks. Repeat offenders are removed.

The fact that he joined TikTok just before the start of Pride Month this June was not lost on his followers.

“How do you respond to people charitably when they use Bible verses, especially from the Old Testament, against you if you’re an LGBTQ person?” he asks in a recent post on TikTok (@jamesmartinsj), then proceeds to answer.

“You can remind them about all the other Bible verses in Leviticus that we don’t take literally any longer. For example, nobody says anymore that people should be killed when they take the name of the Lord in vain, or if they work on the Sabbath. Nobody suggests that anymore. It’s because we understand those verses in a different way now, and we can see them in a historical context.

“Unfortunately when we come to LGBTQ issues, suddenly people become literalists and fundamentalists.”

In another post, Father Martin reminds us that Jesus in the New Testament never said anything about homosexuality.

“Jesus talked about all sorts of other moral issues, especially on caring for the poor, but nothing about homosexuality. Instead he shows us that he reaches out to people who feel in any way marginalized, ignored or excluded.

Those who want to improve their spiritual life can check out the post where he talks about how to pray the examen, where one recalls the day’s gifts, and thanks God for them. One then reviews the entire day from morning to evening, picturing where God was present.

“Sometimes things come up that you feel embarrassed about or feel sorry for. You ask God for forgiveness and then at the end, ask God for the grace to see Him in the next day. It’s a great way to get your spiritual life in order. Basically, it’s a way of noticing where God already is.”

His followers appreciate the short and concise posts. “I love this modified examen!” one commented after Father Martin cross-posted his TikTok video on Facebook. “Sometimes, I get so caught up with doing it correctly, I totally miss the point. Three things I am grateful for at the end of the day—I can do that with authenticity.” INQ