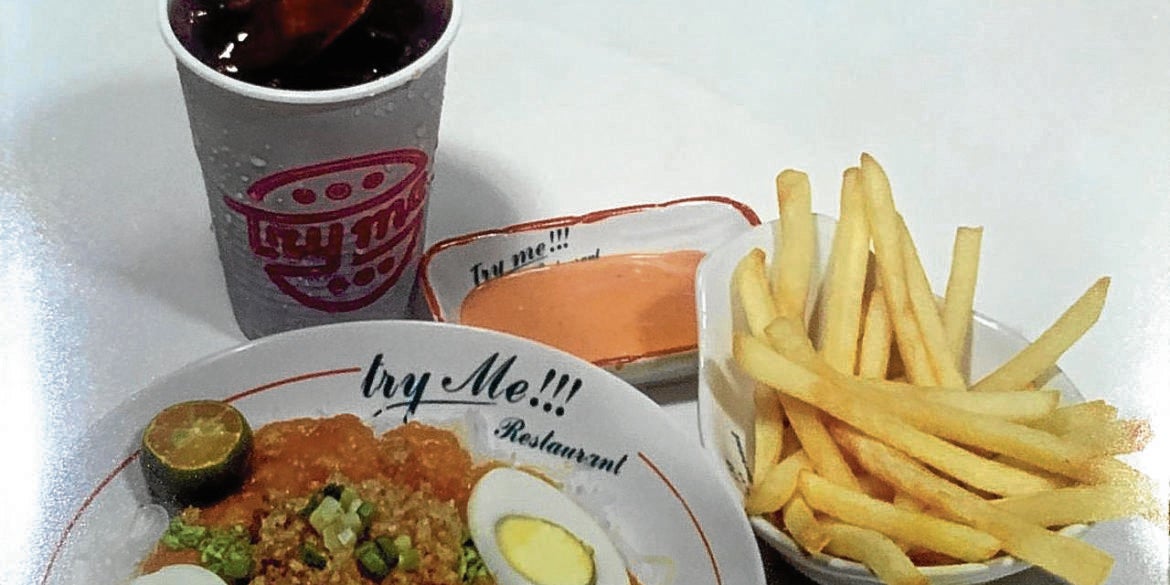 A favorite combo at Try Me is pancit palabok and fries.

Since the start of the pandemic last year, one Ilonggo chef has been finding ways to connect with customers and continue to provide work for her employees. Early on, Pauline Gorriceta Banusing and her staff prepared food for policemen and health workers in the city.

Despite the lockdowns and attendant restrictions, she has kept her two restaurants, Al Dente and Farm to Table, open for delivery and pickup.

Her decision to revive Try Me, the well-loved restaurant chain her parents Sandra Sarabia Gomez and the late Felix Gorriceta started in the late ’80s, however, was one of the most serendipitous.

“Try Me was inspired by the Magnolia Ice Cream House on Aurora Boulevard near Sta. Mesa. My parents used to go there many years ago and considered putting up something similar in Iloilo,” Banusing told Lifestyle.

This writer remembers Sunday afternoons spent with family at the Quezon City landmark, digging into parfaits and banana splits after Mass. It used to have this long bar that ran the length of the ice cream joint. The space is now occupied by Robinsons Magnolia.

“In 1989, they opened the first Try Me. Aside from ice cream preparations, they offered snacks like burgers, pizza, sandwiches and spaghetti, as well as heftier fare like fried chicken with Java rice,” Banusing said.

The big fast-food chains were not yet omnipresent, and Try Me won over Ilonggos who were proud of the homegrown brand. After a decade and with the steady influx of bigger chains, however, Try Me closed down for good.

Fast-forward over 20 years later to Banusing announcing on her Facebook that she was bringing it back.

“During the initial lockdown, friends messaged me, asking if I could teach them to cook the spaghetti served at Try Me. I thought, ‘I could do that, but why not make it something I could earn from and at the same time provide work for my staff?’”

She started doing pop-ups last year, short bursts of kitchen activity where she would offer the bestsellers for delivery for a limited time. Word got out, and now people are posting fond memories on their social media.

“Since I grew up without parents, Try Me was where I’d reward myself for good work done: when I hit my desired grade or performed well on stage. If it’s a reward, it’s sandwich pizza, palabok and banana split. If I was on a tight budget, it was sandwich pizza or palabok,” wrote one.

“It wasn’t just a resto for me. It was where ‘orphan’ me dreamed and later on was blessed to have some of those dreams come true.”

Another regular customer of the chain burst into tears when her daughter brought home an order of Try Me spaghetti. “She was able to relive the good times she used to have at the restaurant with her now ex-husband,” Banusing said.

The menu is limited to items served at the restaurant during its heyday. Banusing wisely kept all of her mother’s recipes, as well as a few vintage food pics. “I will only come out with ‘new’ items once I’m satisfied with them. At this point in the pandemic, people long for comfort food,” she said. INQ