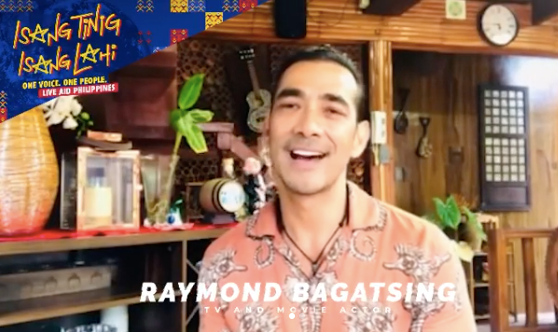 For actor Raymond Bagatsing, there is no difference between playing bida and kontrabida roles.

Since he plays the antagonist in the teleserye “La Vida Lena,” Bagatsing was asked during the show’s online press conference last June 16 why his character Lucas Narciso became bad.

“For me kasi term lang ang kontrabida para mahiwalay mo ang bida at kontrabida,” he answered. (For me kontrabida is just a term used to differentiate the protagonist from the antagonist.)

(An antagonist has more range. You will see his goodness until he reaches a certain peak… He’s not [just] and antagonist for me, [considering] the peak of his psychological problem, right?)

Bagatsing believes that everyone has trauma in the past, and that characters referred to as kontrabida are those which had traumatic pasts. This, he thinks, makes them needy for love, or makes them selfish or greedy.

Bagatsing sees his Lucas Narciso character as someone who was battered with words by his father.

“Lagi siyang dina-down and hindi niya maabot ang expectations sa kanya and his father keeps putting him down,” he noted. (He is always put down and cannot meet his father’s expectations.)

That said, Bagatsing is not about to reveal to fans of the show what will happen to his character.

“What they will see is not only from me but it’s because of the co-actors that has pressed my buttons as an actor and my character,” he said. “‘Yun ang kailangang makita nila, ang wholistic na pagtratrabaho namin na magagaling na cast dito sa ‘La Vida Lena.'” (That is what they need to see, the wholistic work that our competent cast did in “La Vida Lena.”)

“La Vida Lena,” which had its first season last November on iWant TFC, will have its continuation scheduled to premiere on June 28. It will have additional broadcast venues this time through the Kapamilya Channel, Kapamilya Online Live, A2Z Channel 11, TV5 and TFC. JB

Erich Gonzales is open to any project with Mario Maurer