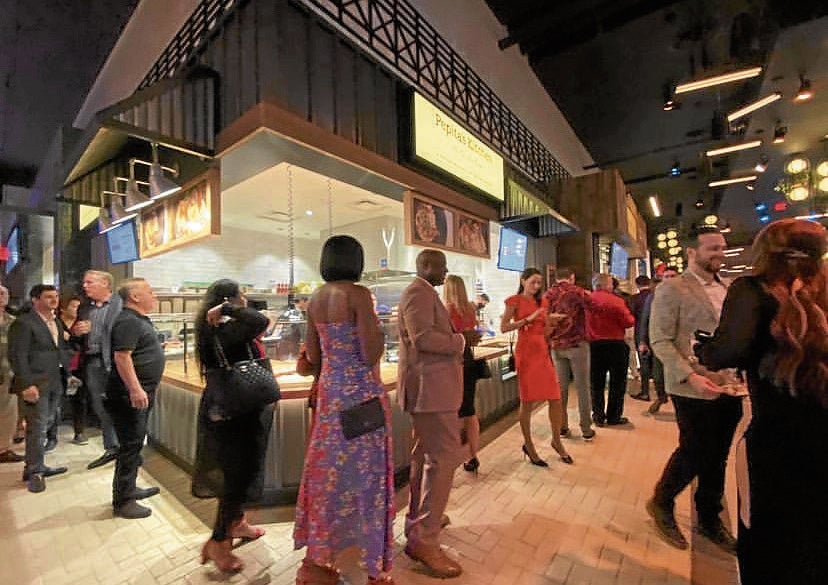 Filipinos in the United States with a hankering for leveled-up lechon can now indulge—as long as they’re willing to head to Las Vegas where a Pinoy chef has opened her first overseas post and only her second branch aside from the one in Makati.

Resorts World Las Vegas held its grand opening last week, and Dedet de la Fuente of Pepita’s Kitchen was there to oversee her staff and their corner kiosk in the entertainment resort’s cavernous food hall that measures over 2,200 square meters. Many of the 16 food concepts at Famous Foods Street Eats feature Southeast Asian cuisine.

De la Fuente, who goes by the title “Lechon Diva,” is known for her lechon (roast suckling pig) stuffed with truffle rice. She had been cooking lechon for her family for many years but came up with the inspired pairing after noting how her daughters loved to eat truffle risotto.

Word spread well beyond Philippine shores, and in 2014, lechon with truffle rice was named “best dish in Asia” at the Chowzter fast feasts awards in London. The awards are given to the best fast-food dishes in the world, as nominated by local food experts and bloggers.

At Pepita’s Kitchen in Las Vegas, guests can sample two items. Aside from the dish that made her famous, priced at $18, there is also a sisig panini (Italian-style grilled sandwich) made with roasted pork, calamansi aioli, pickled vegetables and provolone cheese between a ciabatta roll that retails at $16.

A few days before the opening, she posted a photo of the corner kiosk with the caption: Together let’s make Philippine lechon a global sensation.”