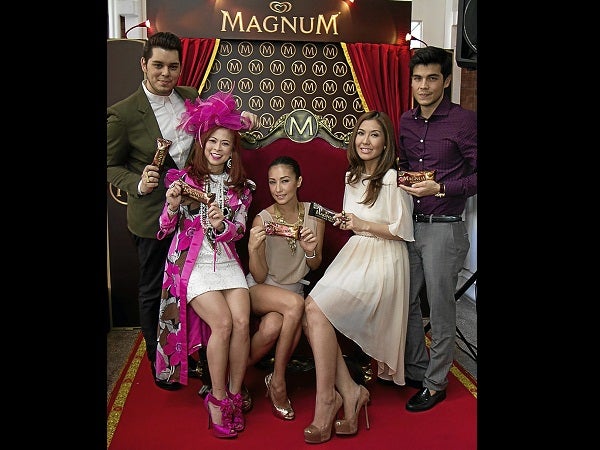 This March is a memorable month for many families because it’s graduation time! We have two graduates ourselves, Annika completing grade school, and Athena heading for Grade 1 in June. Like all milestones, graduations are times for celebrations.

It all makes me time-travel back to 1977, when I was a carefree little girl finishing Grade 7 at St. Theresa’s College on San Marcelino Street. The school is no longer there, but it remains vividly in the minds and hearts of all of us who walked its halls. Our batch was the last to complete Grade 7, and so we are part of the St. Theresa’s Alumnae Association.

I recently learned that 1977 was also the luckiest and most progressive year during the regime of President Ferdinand Marcos. As we know, both FM and his infamous and iconic wife Imelda Romualdez changed the face of the Philippines forever.

I got all this history and more at “Livin’ La Vida Imelda,” the highly entertaining soliloquy by tour de force Carlos Celdran. The last two shows are on today (Sunday) at 2 p.m. and 8 p.m., at the Silverlens Lab Gallery of artist Isa Lorenzo at 2320 Pasong Tamo Extension, Makati. Call 0917-5874011 to book tickets, as the shows have been filled to overflowing.

Carlos made his name doing walking tours of Intramuros and has built up a formidable menu of tours. His Imelda Walking Tour takes tourists through her complex of building achievements, from the CCP, that Leandro Locsin masterpiece, up to the controversial and haunted Film Center. At Silverlens, Toronto-based artist Eric Quebral creatively rendered the buildings in black masking tape on the gallery’s pristine white walls.

Watching “La Vida” instead of walking in the heat is wonderful, since wine and cheese can be enjoyed while taking on Carlos’ message. A small retinue of actors complements Carlos and allows the performance to be more interactive. It is truly performance art.

“Livin’ La Vida Imelda,” quite appropriately, given the subject, is set in the disco era, so I made sure to come in a ’70s outfit to get into character. My white mini was done by fab Cebu designer Jun Escario.

Whether fact or fiction, Carlos’ script truly adds spice and color the explosive history of the former First Couple. Check out the blog www.travelandpositiveliving.com for an extensive review.

Divine Lee, my co-host on TV5’s “Extreme Makeover Home Edition,” was in the audience on the same night I watched the show. She was accompanied by a bevy of her gay friends, so our side of Silverlens must have been the noisiest.

Divine and her beau, Victor Basa, are part of “Switch and Save,” a new campaign of Watson’s to promote the quality and value of their different in-house products being sold at the “personal care store.” Teacher and blogger Patty Laurel and I are also on the Watson’s Team.

Viki Encarnacion and Denise Congco, both on Watson’s marketing team, were delighted with the recently held, successful media launch party at the Podium Mall. We all saw how switching to the Watson’s label generates savings for consumers.

National Artist Arturo Luz and various art collectors have remarked that this is Mav’s “best exhibit.” Her new artworks have surprise elements including new materials in collage. The paintings are spiritual and romantic dreamscapes that she painted from memory.

Back at “La Vida,” I chatted with fabulous fashion designer Rajo Laurel, who has seen the actual walking tour along the grounds of CCP. Rajo told me that the Silverlens show is astonishing. We all gave Carlos several standing ovations that night.

Rajo and I were together again the very next day for the pictorial for the official launch of the hottest craze in the ice cream world—Magnum Ice Cream Bar. A big party at White Space is all set on March 14. Magnum’s endorsers include sexy star Solenn Heussaff and her brother Erwan, accompanied by Liz Uy, Raymond Gutierrez, Rajo Laurel and me.

The latest way to indulge in Belgian Chocolate is to enjoy the three flavors of Magnum:  Classic, Almond and Chocolate Truffle. Various media and glossy magazine personalities had the first peek at Magnum, when a media launch was held at Enderun Colleges in McKinley Hill.

Magnum Ice Cream is a collaborative effort between Unilever and RFM, the mother company of local dairy giant Selecta. Through its many years in the country, Selecta Ice Cream has consistently been a major industry player—a position that will certainly be cemented with this major product launch.

With summer’s sizzle in full swing, Magnum will be the perfect pleasure to cool off! And the best part of Magnum is that it is all done at an affordable price!

Summer is indeed here. I know because SM Accessories just launched their biggest and widest collection of summer accessories, of course available in all SM Department Stores.

The fun fashion show at Dusit Thani Hotel featured a full range of SM Accessories, for children, ladies and men, all bright, bold and beautiful. The collection’s inspiration comes from the corals of the sea and aqua blue waters, as well as the earth-toned beach sands.

Reptilian-inspired pieces will draw fashion raves from the ladies, while men have nautical-inspired pieces that will make waves. Kids are cool, too, with a lot of looks for fashion play. Indeed, SM Accessories shows its authority in the fashion world with this new summer collection.

It’s all so well-done that I’m sure Imelda herself will soon be shopping at SM. After all, I learned from Carlos Celdran that she was a patron of Philippine-made goods.