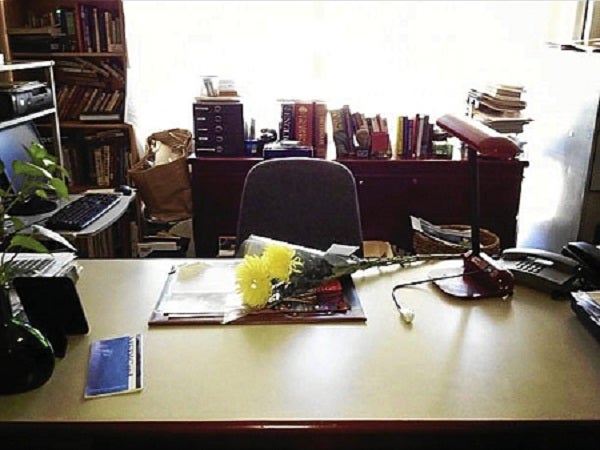 There goes our young adulthood,” I text-messaged Emmie (Velarde, our Entertainment editor) right after I learned that Gov. Benjamin “Kokoy” Romualdez had died. This was two weeks ago. Now we’re really officially old, I wanted to tell her.

The following Friday, while we were closing the pages late in the afternoon, we got word that our publisher Isagani “Gani” Yambot had just died.

The past two weeks really drove home, to me at least, the cruel speed of time—with the deaths of two men who figured in the early years of our career. More than that, they represented an era in our lives when, as newbies in journalism (and in life, of course—and that carries juicy implications), we had the luxury of being allowed to commit mistakes, although we were castigated for them—on the spot. It represented a stage in our lives when we enjoyed—and recognized—the grand opportunity to learn.

“Gov,” as we in Times Journal called Kokoy Romualdez, was the man behind the Journal publications during the Martial Law years, and he recruited the veterans of the profession to run his papers. The feared Manila Times editor in chief José Luna Castro, whose stylebook would be the bible of Philippine journalism students, would be at the helm of Times Journal, and brought to the paper many of his reliable staff from the Manila Times.

They would be known as the “Joe Luna boys”—Bernie de Leon (who goodheartedly mentored Emmie and me), Manuel Salak, and Gani. That was the Joe Luna faction; the others would be Jullie Yap Daza (when her first name had only one L), Gus Villanueva, Fil Capul, Vergel Santos (who, with heroic patience, would go over my copy), and many others.

Bottom of the food chain

Being fresh graduates and thus at the bottom of the food chain, so to speak, we had to learn from all of them. Graphically put, they chewed us up and spat us out when they were through scolding us for our mistakes. I was a feature writer who would be tasked to work as acting Family Journal (then Modern Living) editor because my boss then, the family section editor Veronica Veloso-Yap, would always be assigned to cover then First Lady Imelda Marcos on her foreign trips.

Mr. Joe Luna, as we called him, had the afternoon story conferences every day where, almost every day, he would berate me for various mistakes committed, from grammar (“The plural of graffiti has no S,” he shouted at me) to bad layout and weak story lineup. My stupidity then had various permutations, indeed.

Gani would call it my “6 o’clock habit”—running to the restroom to cry after getting a mouthful from Mr. Joe Luna, then going back to my seat, puffy-eyed, to resume my amateurish labor.

“Gov” and Gani shared a time in their lives. “Gov” was then one of the most powerful men in the country, but loved to break bread with the newspapermen, from the bottom to the top—usually at 2 in the morning.

In his trademark all-white bush jacket/pants—because of that and his white hair, we called him “Datu Puti”—he would stride into the newsroom, plop his bulky build on one of the chairs at the central desk, and shoot the breeze with the senior desk which, somehow, would always be around at that ungodly hour.

(I don’t recall any night then that the newspaper office turned off the lights. The office never closed. And—the canteen would also be open 24/7, free meals.)

“Gov” worked behind the scenes, in the newsroom and beyond. He was the organizer who toiled behind the scenes in the Marcos government, especially in those state visits, so that at his wake, Imelda Marcos told us, she has “lost not only a brother but also a valuable friend.”

But he loved the light banter, and it would be in those moments that I’d hear the editors joke about how “Gov” never wore socks with his loafers, and how, inexplicably, he’d know what was going on in their personal lives and would ask them pointblank about these.

Gani lived that milieu for a good part of his life—in various times as senior deskman, editor, and later, as press attache in various postings abroad. I was one of those privileged to have seen how Gani worked way before he became the Inquirer publisher.

It’s true what many are writing now about Gani—as the fastidious and dedicated craftsman, the diligent writer and reporter, the bookworm, the committed journalist, the diehard culturati who made time, almost on a daily basis, for whatever exhibit, musical/play/concert/film screening was going on. It was as if it was the daily culture fare that revitalized him and complemented his fine ways.

His work as the Inquirer grammar police and craftsman would be the culmination of his life-long dedication to the craft. Like all “Joe Luna boys,” he was a stickler for good writing who adhered to the correct usage of each word and idiom that would see print.

Perhaps like many others who were in the Journal newsroom at that time, I can’t forget his heated debate one day with a senior deskman over—dig this—whether percent should be one word or two words (“per cent”). I don’t quite remember, ironically, which stand he took; what I do remember was how they literally threw dictionaries at each other to prove their respective point.

This debate must have gone on for days, with Gani and the deskman shoving at each other the printed origin of the word “percent/per cent.” Nobody would yield until it was time for the senior deskman to leave for another newspaper job abroad. Who would have the last word? It is said that at the airport, Gani had a sign posted at the departure area that said “percent” (or was it “per cent”?).

(When I joined the Inquirer, that was the first question I asked Gani—was it really “percent” or “per cent”? He had a good laugh.)

I’m recalling that anecdote if only to impress upon today’s writers, who couldn’t be bothered by the difference between “their” and “there” or “it’s” and “its,” how much the seasoned journalists—the old guard—revered the printed word and lived the pursuit of excellence.

And Gani went about this pursuit, it’s true, in his characteristic mild manner. He was non-confrontational or, if ever he argued, he was never obnoxious. He didn’t come in with guns blazing.

While many today know him as the publisher who was at the forefront of causes, we saw how he was early on—a good soldier who respected and followed the hierarchy of the newsroom. (Never a democracy.) Gani belonged to the generation of journalists who respected the authority of editors in the newsroom (in his case, it was Joe Luna; in our case, it was Gani’s batch). “When told to jump, don’t ask why; just ask, how high!”—that was ingrained in Gani’s breed.

Was it sheer blind obedience? Not really. It was more out of a sense of respect not only for the individual editor, but more so, for the years of professional expertise and wisdom that the position represented. It was born out of the desire to learn—and to pay one’s dues.

That was how Gani had been trained to plod on quietly and patiently. Like the traditional newsman, he never called attention to himself, only to his story and craft. Unlike in broadcast media or today’s celebrity “journalists,” Gani belonged to the old breed that wasn’t allowed to pamper its ego.

One has to search for it in today’s young writers, which is why it warmed my heart to know that the young Lifestyle staffers like Pam Pastor, in their tribute to Gani, recognized his value and contribution to their young careers; they know what the likes of Gani stand for.

If everybody did, then perhaps we wouldn’t see “techies” and “newbies in media” who have the temerity to compare a newspaper and editors with blogging and bloggers, or Facebook(ers). One is built on heritage and tradition, the other runs on individual urges.

A week before Gani underwent his heart surgery, he walked alongside me on the Inquirer spiral staircase (the ultimate fitness test in town, if you ask me). He saw me mincing my steps because of my knee injury (tennis, what else). “Ay, Thelma,” he made fun of my slow movements. “Look at this,” he bragged, and made a half-sprint up the steps.

All right (always two words, by the way, in Joe Luna’s stylebook), Gani, you’ve made your point. Forever young. Forever alive. Even after your death.