Local universities to stage 16 plays across genres and geography

The first Teatro Europa was held virtually last year at the onset of the pandemic, and the organizers are again holding the festival’s 2021 edition online. The full video performances will be available Aug. 1-31 on Teatro Europa’s Facebook page (@TeatroEuropaPH), with reruns in September.

“Theater is a mirror of all human emotions and helps us to better understand Europe and its culture, from the plays staged in ancient Greece to the current online performances,” said European Union Ambassador Luc Véron.

“Teatro Europa provides a platform for artistic Filipino youth to share their talents in acting, directing and production design.”

One advantage of holding Teatro Europa online was that it enabled theater groups from universities around the Philippines to be seen. Over 300,000 viewers watched seven groups in 2020, and this year’s plays from 16 universities are expected to reach more audiences, as students cover genres, such as comedy, tragedy, drama, even science fiction.

Teatro de Letran of Colegio de San Juan de Letran will perform the French play “Tartuffe” by Molière, while Collective Arts of Students and Thespians (CAST Inc.) of the University of Makati will do the Belgian play “L’Épouvantable Petite Princesse (The Horrid Little Princess)” by Geneviève Damas. Students of UE Drama Company of the University of the East will stage “The Great Theater of the World” by Pedro Calderón de la Barca from Spain. RTU Dulaang Rizalia of Rizal Technological University will stage “Leonce and Lena” by Georg Büchner of Germany. Teatro Rizal of José Rizal University will perform “The Birds” by Aristophanes of Greece. 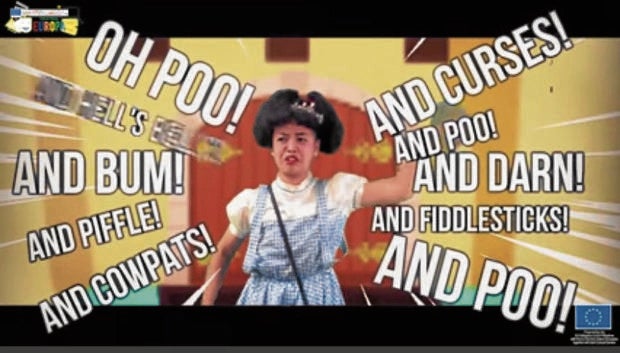 USLS Maskara Theatre Ensemble of University of St. La Salle from Bacolod City will stage “Broken Heart Story” by Saara Turunen of Finland. USA Little Theater of University of San Agustin-Iloilo will do “Snow” by Stanislaw Przybyszewski of Poland. “Erasmus Montanus” by Ludvig Holberg of Denmark will be performed by LSU Teatro Guindegan of La Salle University from Ozamiz City, Misamis Occidental.

A limited physical performance will be staged late August in the walled city of Intramuros in Manila, if quarantine classification allows. Teatro Europa webinars will also discuss similarities, intersections and differences between Philippine theater and European theater. INQ