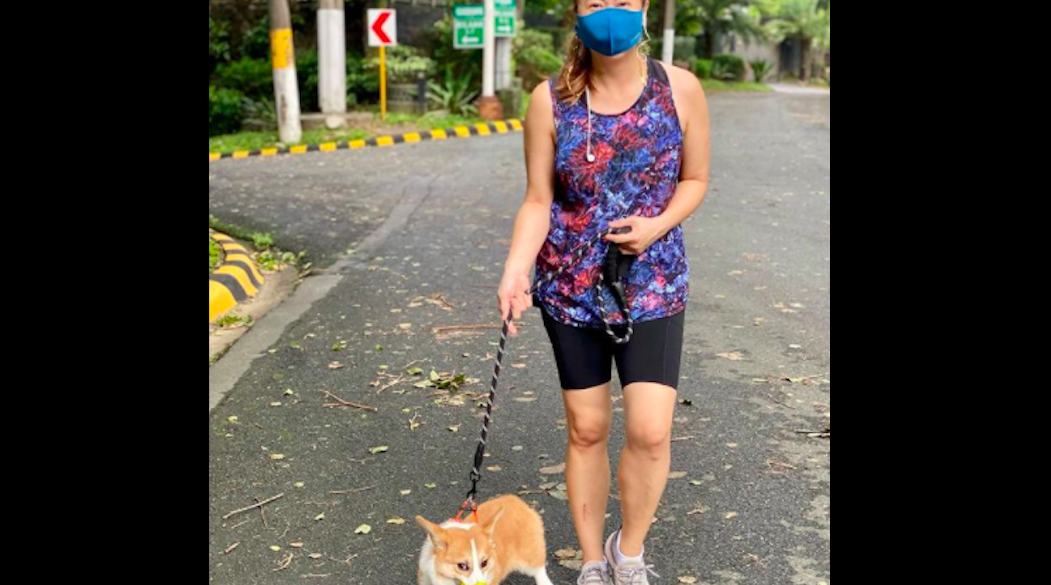 Lyn Ching needs tips on how to take care of her pet Corgi, ‘Chandler Bing’

News anchor Lyn Ching admits she still has much to learn about raising her pet dog, which is why she has been asking fans for tips on how to handle her fur baby.

She has a 5-month old Corgi, Chandler Bing, apparently named after Matthew Perry’s character in the hit sitcom “Friends.” She described him as energetic and needs to be always walking and running. This gave her a concern about how to protect him during their walks.

“[Since] he lacks the parvo vaccine [I] thought a muzzle could keep him safe [because] he wouldn’t be able to eat anything off the ground. So [I] put one on him,” she said via Instagram last Monday, July 26.

She showed her dog wearing a muzzle on its mouth as they walk the streets and a grassy area, noting that “it was his first time to get out of the house save for trips to the vet.”

“He was extremely curious,” she said. “But the duck muzzle, though very cute, could only be worn for a short period of time as its material is warm. So after a short walk in front of the house, we went back home where i immediately washed his paws and gave him refreshing ice which he enjoyed. Then he ran around the house to burn that excess energy and ate his snacks.”

Ching then asked her fans and followers to help her come up with ideas about handling her pet, particularly when they go out.

“I’m a newbie FurMom, so [I] welcome advice… if you know of a way to make sure he doesn’t eat everything in his path when we walk without a muzzle that would be great,” she said. “In any case, this would be his first and last time outside the house until his vaccines are absolutely complete.” JB

Lyn Ching admits it’s hard to go back to exercising due to quarantine, emotional eating